Academics nationwide #ShutDownSTEM because science is 'weaponized against black people' 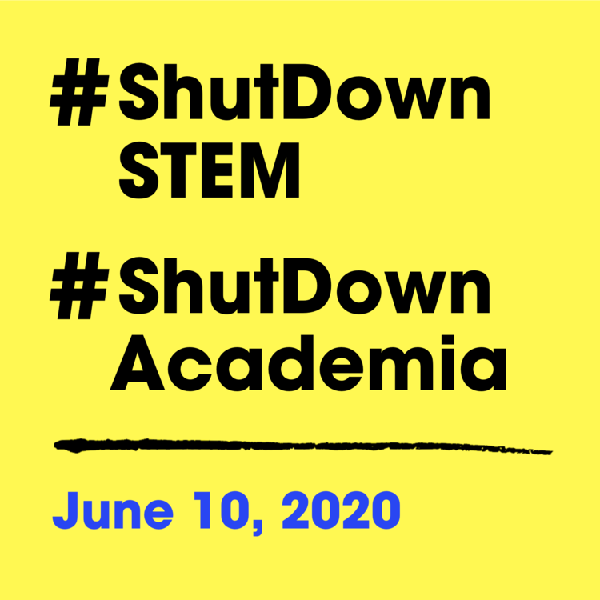 Professors, researchers, and students in the Science, Technology, Engineering, and Mathematics field from around the country are taking part Wednesday in the #ShutDownSTEM movement to combat what they say is systemic racism in academia. They argue that the STEM field itself creates technology that is “weaponized against black people.”

One scholar and self-proclaimed “leading expert on wokeness,” James Lindsay, who is best known for his participation in a project that exposed the faulty review process of academic journals by submitting hoax papers that were ultimately published by such publications, tweeted, that "one point of #ShutDownSTEM is to find out who doesn't do it (maybe they're working on a Covid-19 vaccine?) and to use that against them later, just like happened at Evergreen State College with its Day of Absence."

“One point of #ShutDownSTEM is to find out who doesn't do it."

Members of the science academic community are “call[ing]on people who are not Black to spend a day undertaking discussion and action that furthers this work, while providing Black scientists with a day of rest."

Scientists and researchers subscribing to the movement will not do any work for the entire day, and any class or research group meetings “should be cancelled [sic] or replaced with discussions with colleagues about anti-Black bias in the world and in academia.” Researchers, professors, and other academics participating are encouraged to use the hashtags #STRIKE4BLACKLIVES, #STRIKEFORBLACKLIVES, and #SHUTDOWNSTEM.

Members of the academic community want to #ShutDownSTEM in an effort to “create a just, equitable and inclusive STEM field,” and plan to use their day off to dismantle racism by creating “an actionable goal” with “metrics/indicators” to measure success.

“Your racism is unique to you and your narrative. You need to do the work to get out of it. You were not born with the ability to code. You learned it,” reads the movement’s website.

It is noted that “the strike is not a ‘day off for non-Black scientists,” but rather one during which non-Black students should commit to certain actions, including researching the “history of anti-Black violence, police brutality, and racism,"  protesting, advocating for “reforming campus security procedures that target Black students” and donating “at least a day’s worth of salary if you are in a position to do so” to a variety of causes, including posting bail for those arrested while protesting or rioting.

Founders of the movement write that STEM is problematic because research papers often “reinforce anti-Black narratives,” and because scientists have made technological advancements that “are routinely weaponized against Black people." They say that if scientists do not “engage directly with eliminating racism, you are perpetuating it."

Looking forward to #ShutDownSTEM and having conversations with my students tomorrow about racism in academia. As folks who hold any power in academia, it is our responsibility to disrupt the system, and take responsibility for our ongoing contributions to systemic oppression. https://t.co/LK14q4Ra2E

Particles for Justice is a group of physicists participating in the movement who claim that “Black students often feel unwelcome, unsupported, and even unsafe in their physics departments and predominantly white campuses." They assert that there are “institutional barriers” and “systemic racism” that “exclude Black people from physics and other academic disciplines."

Through taking part in this movement, these scientists believe they can help bring about an end to “the white supremacy that not only snuffs out Black physicist dreams but destroys whole Black lives."

More than 5,500 professors, researchers, and STEM students had signed the pledge to participate in the strike as of noon Eastern Daylight Time on Wednesday.