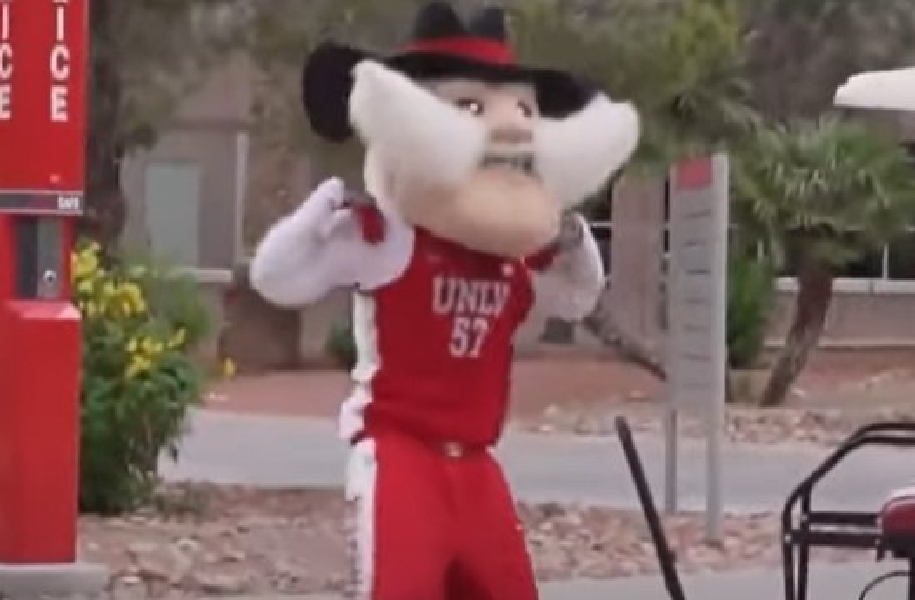 On Tuesday, the University of Nevada-Las Vegas took down a statue of its “Hey Rebel” mascot.

“In recent conversations with the donor we mutually agreed it was best to remove the statue and return it,” the university president wrote in an announcement.

A local artist designed the mascot, inspired by Western trailblazers, intending to celebrate Western independence. But others have associated “Hey Reb” with racism."

Prior to its removal, an online petition was started with the aim of replacing the mascot. More than 4,000 people signed the petition, which is addressed to President Marta Meana and states that the Rebel mascot “is racist and is rooted in a Confederate mythology which has no place on our campus.”

“Having a mascot that is inextricably connected to a failed regime whose single aim was to preserve the institution of slavery is an embarrassment to our campus and to our community,” the petition reads.

The Hey Reb! statue, a mustachioed mountain man in a hat and bandana, has previously drawn negative attention, as has the “Rebels” nickname for UNLV students.

The Rebels imagery, including the logo, mascot, and nickname, originated from the rivalry between UNLV and UNR (University of Nevada, Reno). To further university spirit and the inter-university competition, students came up with “Beauregard,” a cartoon wolf designed as a rebel figure in contrast to UNR’s wolf-pack mascot -- a decision which UNLV describes as “based in rivalry and fun,” while conceding that “the choice of a Confederate-themed mascot was nonetheless an unfortunate one.” Beauregard was abandoned in the 1970s as a result of student activist efforts, and it was not until the 1980s that the mascot was revised to become “Hey Reb.”

A local artist designed the mascot, inspired by Western trailblazers, intending to celebrate Western independence. But others have associated “Hey Reb” with racism; the petition for its replacement lists Rep. Dana Titus (D-Nev.) and former Sen. Harry Reid (D-Nev.) as both supporting the retirement of the mascot.

In 2015, Rainier Spencer, Associate Vice President for Diversity Initiatives & Chief Diversity Officer at UNLV, conducted an investigation with the intent of uncovering the mascot’s history and any connections to racism or the confederacy. Ultimately, he concluded that neither the Rebels nickname nor the Hey Reb! mascot was racist in origin or in nature. Then-president Jen Lessup opted not to get rid of the symbols.

Current president Marta Meana wrote to students that she has “had discussions with multiple individuals and stakeholder groups from campus and the community on how best the university can move forward given recent events throughout our nation.”

“That includes the future of our mascot,” she said, promising "more to share...once the listening tour is complete."

(3/3) "That includes the future of our mascot. The frequency of those conversations has increased in recent weeks, and I will have more to share with campus once the listening tour is complete."

UNLV student and economics major Remington Longley told Campus Reform that he expects the university to “scrap the mascot altogether,” which he called “completely sad and ridiculous.” Longley defended the mascot’s origins as promoting Nevada and the West rather than racism, describing the college’s decision as “completely ridiculous” and “pandering to the insatiable demands of the student body.”