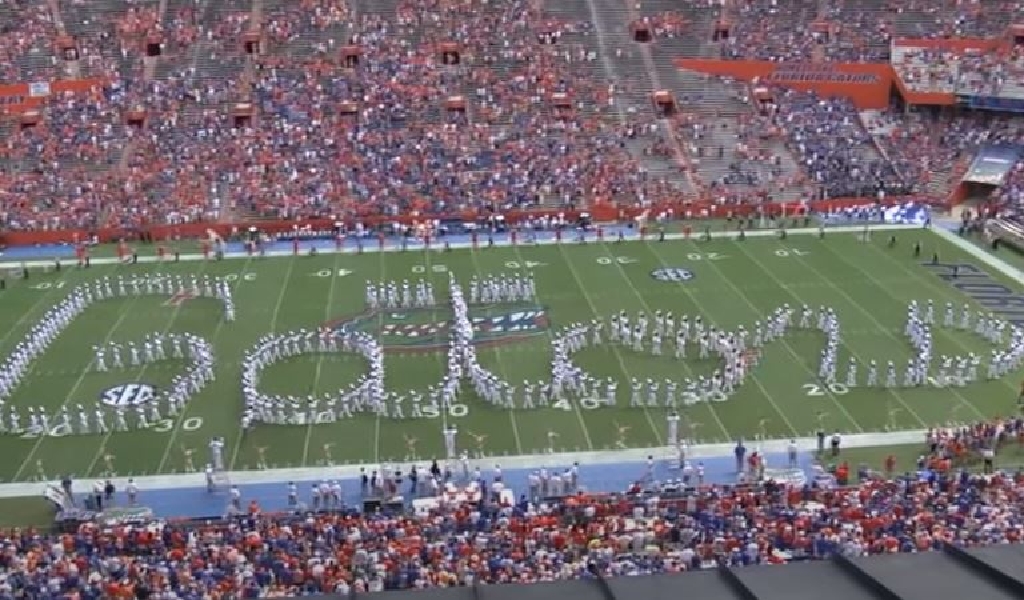 “While I know of no evidence of racism associated with our 'Gator Bait' cheer at UF sporting events, there is horrific historic racist imagery associated with the phrase"

Despite acknowledging there are no racist ties to the university’s popular “Gator Bait” chant, University of Florida President Kent Fuchs announced the school will end use of the chant at future sporting events because of the phrase’s “historic racist imagery.”

The “Gator Bait” chant is regularly used at UF sporting events. Accompanied by music, it involves fans extending their arms to form what is known as the “Gator Chomp” and is then followed by clapping while fans shout “gator bait.”

The decision to end the use of the chant is part of a larger set of initiatives announced by UF to combat racism in the university community. Some of the other initiatives include mandatory racism training for all students, faculty, and staff and centering the 2020-2021 academic year on the “Black experience, racism, and inequity.”

“While I know of no evidence of racism associated with our 'Gator Bait' cheer at UF sporting events, there is horrific historic racist imagery associated with the phrase,” Fuchs said. “Accordingly University Athletics and the Gator Band will discontinue the use of the cheer.”

Additionally, Fuchs said he is “personally committed” to removing any references to Confederate figures and added that he will order a presidential task force to document the university’s history regarding race and ethnicity. He also said UF would end its use of prison labor because it is “incompatible” with the university’s principles.

Former UF football player Lawrence Wright, who was a part of UF’s first national championship-winning team and is black, slammed Fuchs for the decision: “The Gator Nation is a culture, too. It’s not about what happened way back in the past. How about our culture? Me and the president need to sit down and talk about this.”

“I created something for us. It’s a college football thing. It’s not a racist thing, It’s about us, the Gator Nation. And I’m Black,” he added.

Wright is known for using the “gator bait” phrase after a win against UF rivals Florida State University in 1995. At the time, Wright said, “if you ain’t a Gator, ya Gator bait, baby.”

“What about our history as the Gator Nation? We took a program from the top five to No. 1 in the country,” Wright noted. “I think I’ve done enough, put in the sweat and tears, to get to offer my opinion about something like this.”

“To say that it has no racist association, but we’re canceling it anyway is so outrageous it’s laughable,” Weldon said. “I grew up a Gator fan and my first words were ‘Go Gators’. Some of my fondest memories while playing were doing the Gator Chomp during 'Gator Bait' with the fans and my teammates on the sidelines when we were up big.”

He added the chant is part of school tradition.

“When I played, Coach Mullen always talked about the Gators Standard, another way of saying we have a culture of tradition at UF and that matters,” Weldon said. “This action spits in the face of that idea that I and countless other Gators worked for.”