Professors from New York University and Columbia University nudged the city to remove the statue of the former president.

Several college professors are behind the effort to remove a statue of Theodore Roosevelt from the Museum of Natural History in New York City. 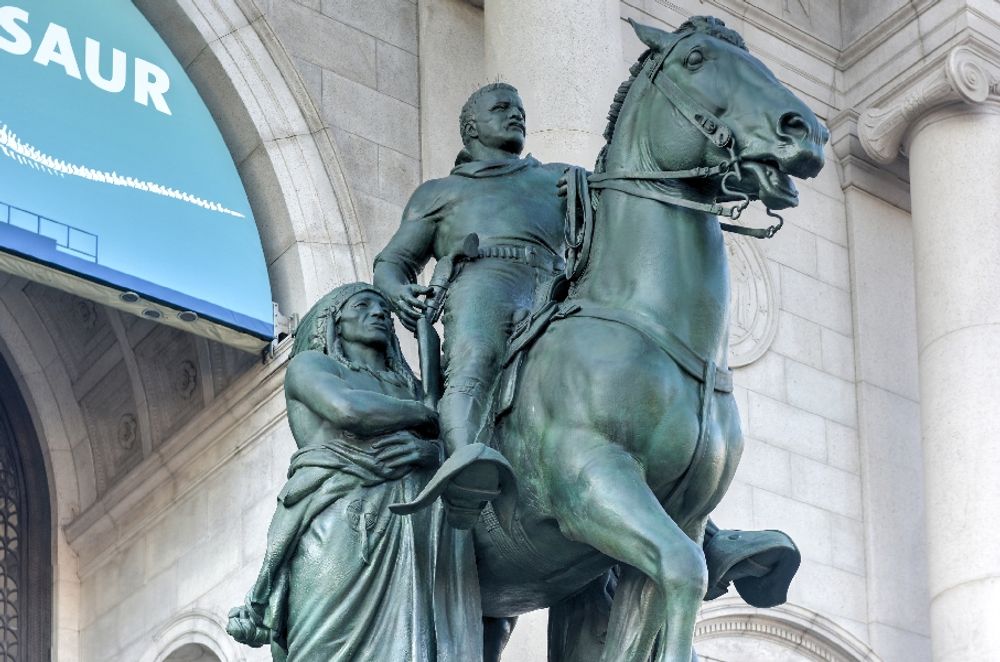 Public pressure is causing the Museum of Natural History in New York City to remove a statue of former President Theodore Roosevelt from the building’s main entrance. In a statement by the museum, the statue is being removed because it “communicates a racial hierarchy.”

Decolonize This Place is an activist group co-founded by University of Buffalo graduate student Nitasha Dhillon and New York University adjunct art instructor Amin Husain. DTP is a group based out of New York that looks to “resist, unsettle, and reclaim the city” by advocating for “decolonial, anti-capitalist, and feminist liberation.”

According to DTP's website, it is "facilitated by MTL," a group founded by Husain, according to his NYU faculty bio.

Prior to the announcement that the Roosevelt statue was to be removed, DPT tweeted an image detailing how to take down a monument. The tweet instructs protestors on how they can use “physics and cooperation” to join in the effort to #abolishwhitesupremacy.

How to take down a monument 👀👀👀. We found this information on Twitter by @indyfromspace, and we decided to make a little poster for yall. ✊🏾 #decolonizethisplace pic.twitter.com/DtYxxQNPbi

In response to the removal of the statue, the Museum of Natural History released a video with professors commenting on the controversy.

“When I look at the statue, I do see a commentary about white supremacy,” Director of American Studies Program at New York University Andrew Ross said, adding that “it has acquired that reputation as being a monument to racial supremacy.”

Monique Renee Scott, director of Museum Studies at Bryn Mawr College, said that the statue “represents a racial hierarchy.” She says that it “pains” her to think that these representations are “part of the experience of entering the museum.”

Mabel Wilson, professor of Architecture and African American Studies at Columbia University, says that she “voted to remove the statue.” Wilson said she would "absolutely" call Roosevelt a "racist." However, as one historian in the video points out, Roosevelt invited Booker T. Washington to the White House, making him the first African American to sit in the executive mansion.

“Like the horse has been tamed, the Native American, the indigenous populations had been tamed,” Wilson said, “The conquest of the African continent was also about sort of taming the savage, right? The savage beast. And that was the narrative that was communicated to me.”

Husain did not respond to Campus Reform in time for comment.

Lacey Kestecher is a New York Campus Correspondent, reporting on liberal bias and abuse on college campuses for Campus Reform. She is originally from Asbury, New Jersey and currently studies Business Administration and Finance at Binghamton University in Binghamton, New York. On campus, Lacey is the Founder and President of Turning Point USA and Vice President of the College Republicans. Lacey also serves as the Social Media Speciali...