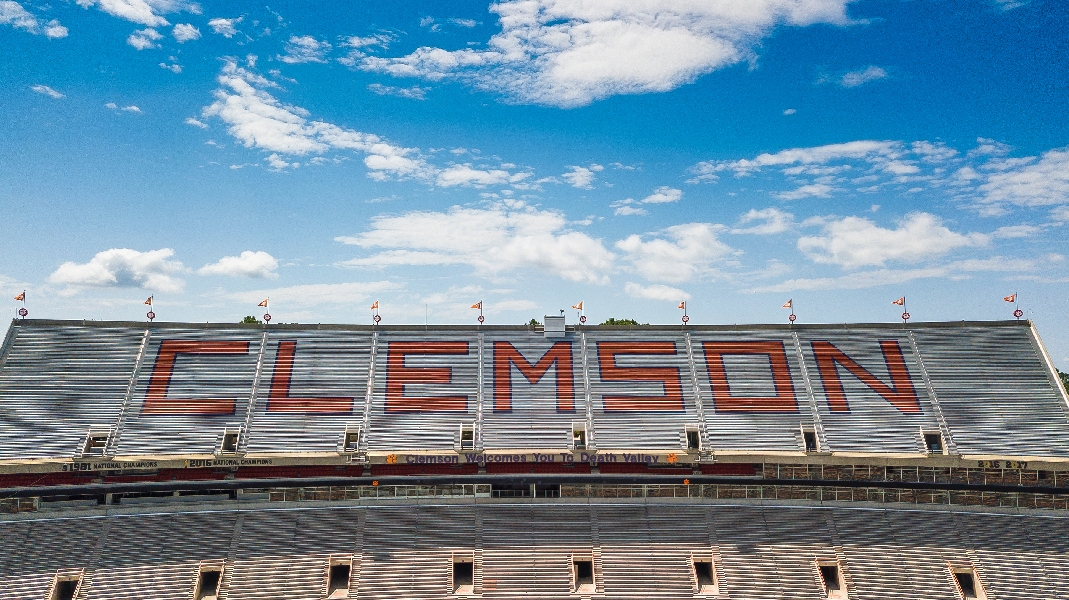 “To change the name of the college, therefore, is not to ‘erase history’; rather, it is to acknowledge that our understanding of history has evolved"

“The Board actions today were in keeping with its values including integrity, respect, diversity, patriotism, excellence, and self-reliance,” the school said in its announcement, adding that the change was part of a move to “better reflect the complete history” of the university.

But the move comes amid countless other efforts to take down monuments, retire traditions, and rename buildings at American universities and other public spaces because of their alleged ties to “white supremacy” and “racism.”

Clemson alumnus Deshaun Watson, quarterback of the Houston Texans, thanked the university for its decision in a tweet.

“I would like to thank the Board of Trustees & everyone else involved for listening to the concerns of the current & former student body & implementing changes that will create a more welcoming environment for the entire tiger community. #ClemsonUniversityHonorsCollege,” Watson tweeted.

Watson was one of the leading voices who called for the name change.

Clemson also sought approval from the South Carolina General Assembly to change the name of Tillman Hall, a prominent building on campus named after Ben Tillman. Tillman, a former South Carolina governor and U.S. senator, was raised in a family that owned slaves.

In support of the move, Arizona Cardinals wide receiver and Clemson alumnus DeAndre Hopkins tweeted. “GOOGLE - Benjamin Tillman - Played big part in founding of Clemson university. On the floor of the U.S. Senate, he defended lynching, and frequently ridiculed black Americans in his speeches, boasting of having helped kill them. But buildings are named after him on Campus,” Hopkins is known for not mentioning Clemson in his introductions before games, due to his frustration with what he characterizes as Clemson’s racist past.

The change in the honors college was prompted by an online petition that has received more than 23,000 signatures in just three weeks. In the petition, author Roann Abdeladi, a Clemson University junior, rejects the idea that cancel culture simply results in erasing history, or does little to combat modern racism.

The petition insisted that keeping the name would enable “institutional racism and white supremacy.”

“To change the name of the college, therefore, is not to ‘erase history’; rather, it is to acknowledge that our understanding of history has evolved. To maintain the name, on the other hand, is to convey Clemson University’s continued indifference toward a history of institutional racism and state-sanctioned violence against Black life,” it added.