Biden delegate: 'Steal' and 'burn' historic portrait in US Capitol

The delegate has since deleted the tweet, but did not apologize.

A delegate for the Democratic National Convention said that House Speaker Nancy Pelosi should "burn" a portrait of a former House speaker. 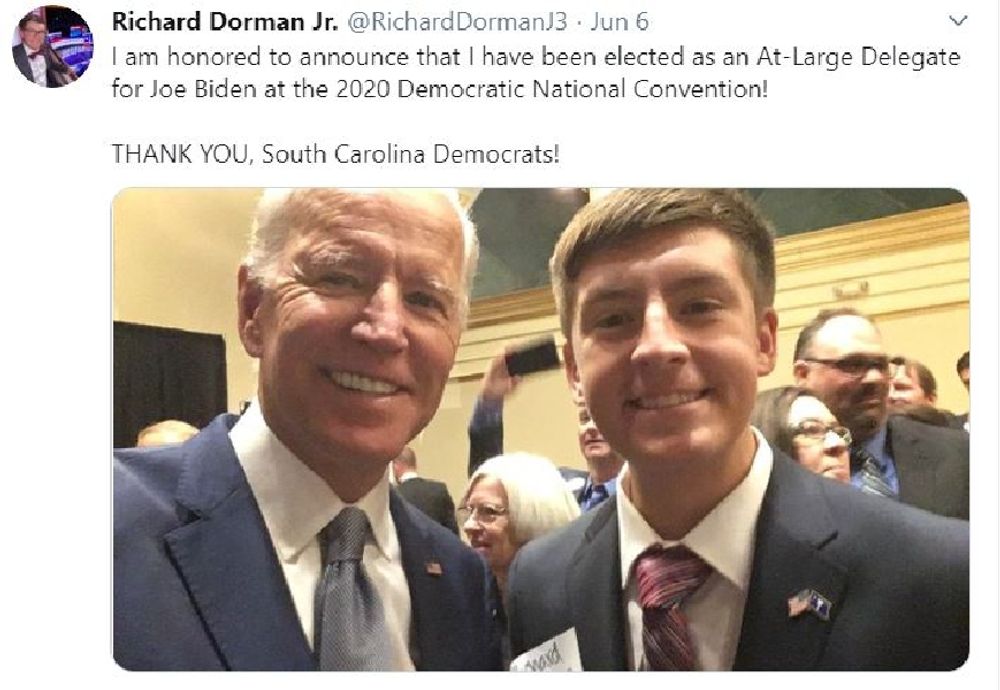 A college student and Democratic National Convention delegate noadded fuel to the fire of the latest protested “cancel culture” move amid tension over monuments and other institutions with connections to the former confederacy.

Speaker Nancy Pelosi recently called for the removal of portraits of four former House speakers who represented confederate states. She made the request as a precursor to Juneteenth, the day that commemorates the end to slavery in the United States. Pelosi described the portraits as “symbols that set back our nation's work to confront and combat bigotry.”

“As I have said before, the halls of Congress are the very heart of our democracy,” Pelosi wrote. “There is no room in the hallowed halls of Congress or in any place of honor for memorializing men who embody the violent bigotry and grotesque racism of the Confederacy.”

Rep. Jeff Duncan (R-S.C.) opposed Pelosi’s request, writing a statement in response the same day defending one of the figures in particular as worthy to be represented in the Capitol. Speaker James Orr, Duncan argued, “not only served his home state of South Carolina, but our great nation as well in many capacities in different Presidential administrations.”

Duncan pointed out that Orr was later appointed by Republican President Ulysses S. Grant, who commanded the union forces during the Civil War, to serve as ambassador to Russia. In his letter to Pelosi, Duncan requested that Pelosi either return Orr’s portrait or that he be allowed to hang it in his congressional office and thereby preserve it for historical purposes, saying “these actions only serve as a continuation of the folly that is 'cancel culture.’”

Richard Dorman Jr., a recently elected delegate to the Democratic National Convention, responded to Duncan’s statement via Twitter, writing in a since-deleted tweet that someone should “steal that portrait, burn it, and then send the video to @RepJeffDuncan.”

Dorman attends the University of South Carolina, the same state that Duncan represents. Dorman is the Treasurer for the College Democrats, according to his Twitter bio. He was elected in June as an At-Large Delegate for Joe Biden at the 2020 Democratic National Convention.

Duncan replied to Dorman, noting that he had publicly requested the “theft and destruction of government property.”

Screenshot of the now deleted tweet from a DNC delegate publicly calling for the theft and destruction of government property. @DailyCaller @OANN @BreitbartNews @TuckerCarlson https://t.co/GMF814Nj8G pic.twitter.com/F6jest9PGF

After deleting the original tweet, Dorman responded, "What Speaker James Orr did during his career is disgusting. He fought for the continuation of slavery and was a traitor to America. He deserves no respect. Learn about him and learn the history but don’t think for a second that he was an honorable person!"