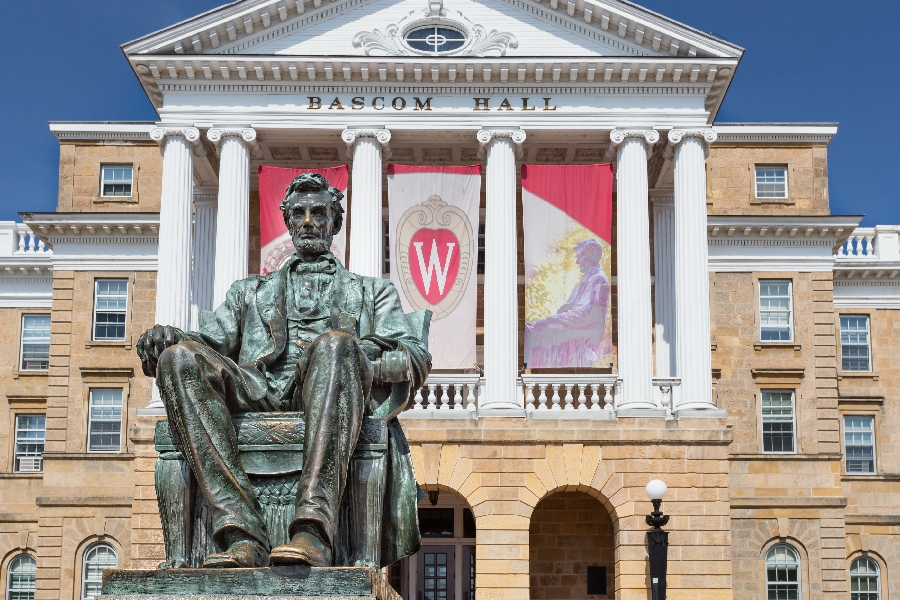 Students at the University of Wisconsin-Madison are demanding that the university remove and replace a statue of Abraham Lincoln.

"Many UW-Madison students wait to take their picture on the lap of the Abe Lincoln statue atop Bascom Hill when they graduate," a Change.org petition states. "However, few know how this statue got to the top of the hill, and who put it there."

"few know how this statue got to the top of the hill, and who put it there"

The petition, which has more than 300 signatures, goes on to take issue not necessarily with the statue depicting Lincoln, who the author says had a "questionable" history when it came to race relations, despite the fact that Lincoln, as president, issued the Emancipation Proclamation aimed at freeing slaves.

Instead, the author takes issue with the people who paid to construct the statue, one of whom "was well-known for holding ultra-racist beliefs," and the other who was "a known member of the KKK." The petition states that the Lincoln statute “was merely a git of political capital” and unimportant to “the creation and continuation of education” at the university.

UW-Madison should not put up statutes “as a reminder of racist legacies that contributed to this campus," the petition argues.

The land on which the statue stands is “sacred and stolen Ho Chunk [Native American] land,” so the university should construct a new statue that acknowledges “the past, present, and future.”

The petition comes amid nationwide efforts to remove and replace statues of not only confederate leaders, but also past presidents.

As Campus Reform previously reported, Monmouth University recently announced that it will rename a building named after President Woodrow Wilson. At the University of Missouri, students demanded the removal of a statue of Thomas Jefferson. In New York City, professors from Columbia University and New York University led the effort to remove a statue of President Teddy Roosevelt outside the Museum of Natural History.

Campus Reform reached out to UW-Madison for its response to the petition but did not hear back in time for publication.