Texas A&M returned a statue to the center of its campus following its vandalism.

Students petitioned for and against the removal of the Lawrence Sullivan Ross statue. 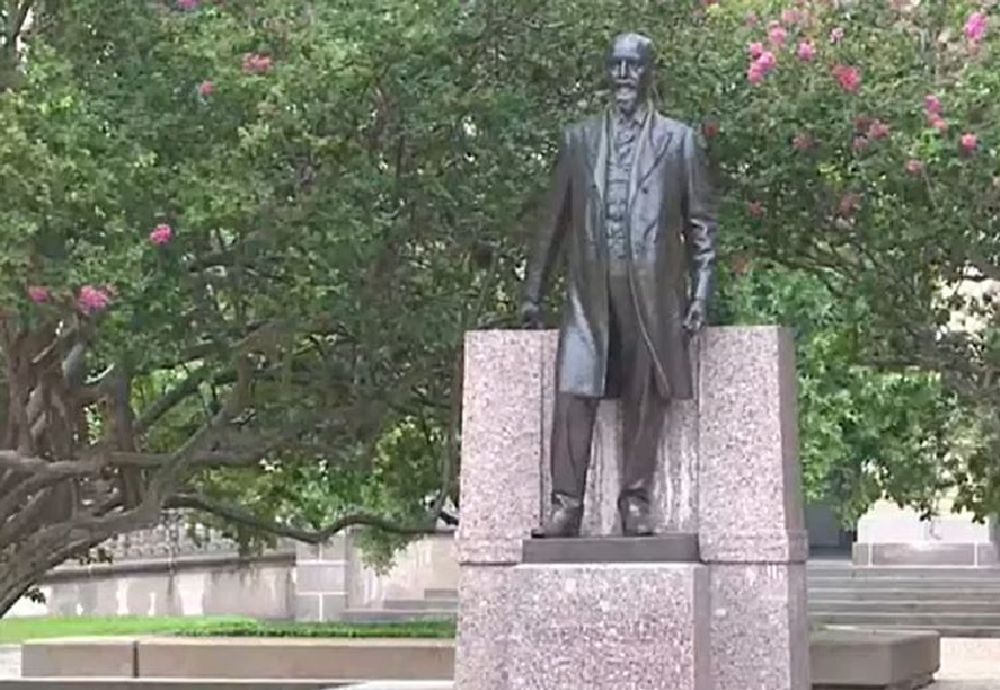 Following its vandalism, the Lawrence Sullivan Ross statue is now back on display on the Texas A&M campus.

The statue of the former Texas governor and Confederate army general was fenced off and covered with a tarp after an unidentified vandal capped it with a rainbow wig and spray-painted the words “BLM,” “ACAB,” and “racist” on it.

Police have not yet identified who vandalized the statue, although they have one possible suspect based on a surveillance video from the night of June 10, investigators announced June 17. Footage showed someone who appeared to be a white male dressed in black damaging the monument at around 3 a.m.

Now “Sully,” as the statue is known to students, has been cleaned and returned to display, according to reporting from KBTX-TV.

The vandalism of the monument sparked dueling petitions from Texas A&M students; hundreds protested for and against its removal. Some argue that Ross deserves recognition based on service to the university, as he is credited with keeping the school alive in its early years.

Others believe Ross’s involvement with the Confederate army during the American Civil War outweighs his positive accomplishments.

Texas A&M is still in the process of deliberating how it will address the statue and other historic monuments. Michael Young, president of the university, announced on June 17th the creation of a race relations task force and a committee on historic representations, saying that “the findings, recommendations and resolutions should take place within the next several months and that we will act upon the recommendations of these groups.”

“With this and more actions to come, we have an opportunity to continue our path to excellence not only in academics and research but also in our respect of each other,” Young said.