BU considers renaming mascot over ‘Gone With the Wind’ connection 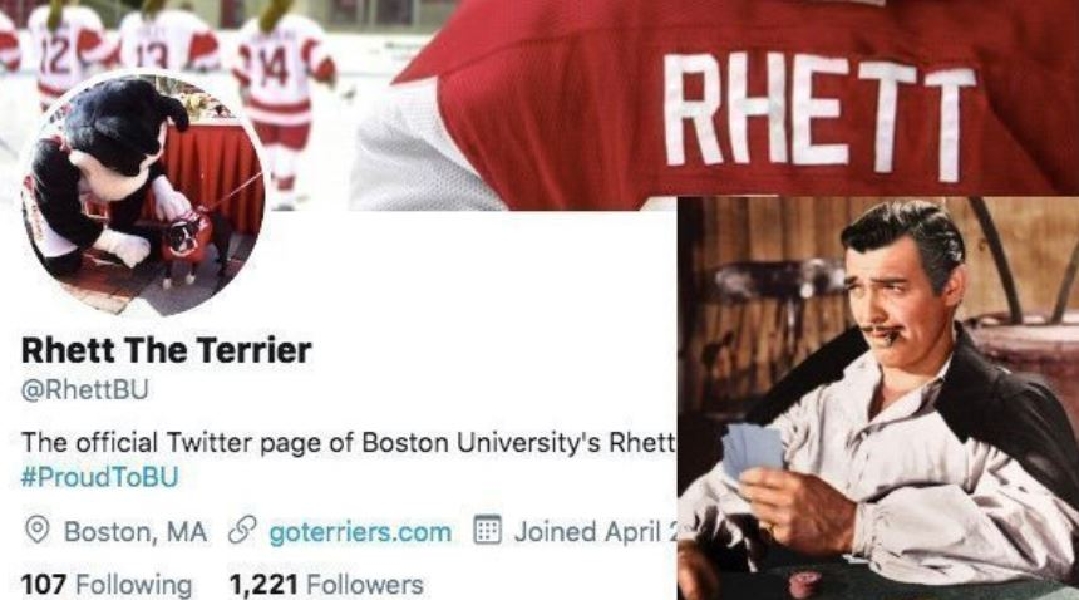 Amid a wave of American colleges evaluating campus symbols for potential ties to racism, Boston University has suggested that its mascot “Rhett the Terrier” needs an upgrade.

The mascot -- a Boston terrier, described by a BU press release as standing over 6 feet tall and weighing 200 pounds -- was named for Rhett Butler, the male lead of “Gone With the Wind” and famed literary scoundrel. Now that “Gone With the Wind” has faced backlash over historically based depictions of racism, the university is considering taking away the name.

“It is reasonable for people to question why, at a university founded by abolitionists, we have a mascot nicknamed for a character in a film whose racist depictions are completely at odds with our own tradition"

Boston University president Robert Brown announced to students Wednesday that he is forming a committee to address the issue of Rhett the Terrier, framing the action as a response to concerns that keeping the mascot’s name honors a character connected to the Confederacy and slavery, as well as sexual assault.

“It is reasonable for people to question why, at a university founded by abolitionists, we have a mascot nicknamed for a character in a film whose racist depictions are completely at odds with our own tradition,” Brown wrote.

The terrier will remain BU’s mascot regardless of whether the name is changed, committee co-chair Harvey Young said, BU reported.

Boston attorney Arcangelo Cella started a petition to the university, calling “Gone With the Wind” an “ode to white supremacy and the slave-owning South.” He asks the president and the board of trustees to rename the mascot because of Rhett’s sympathy to the Confederacy and abusive relationship with the film’s female lead Scarlett O’Hara.

“The name is a problematic allusion to a racist character in a racist book and film and turns BU's otherwise benign school color, scarlet, into another inappropriate reference itself,” Cella wrote. “As a school that prides itself on the legacy of its most famous alum, Dr. Martin Luther King, Jr., BU should change its mascot's name and stop making light of references to Rhett Butler, Scarlet O'Hara, and Gone with the Wind.”

The petition has gathered more than 500 signatures.

[RELATED: UGA marching band will no longer play 'Gone With the Wind' song]

According to BU’s statement, the terrier was chosen as the school mascot in 1922. Students later began calling their mascot “Rhett” from “Gone With the Wind,” also drawing a connection between Scarlett O’Hara and their official color, scarlet.

The university has not discussed whether it must change its color over its association with “Gone With the Wind.”