U of Arkansas petition aims to bring down Fulbright statue 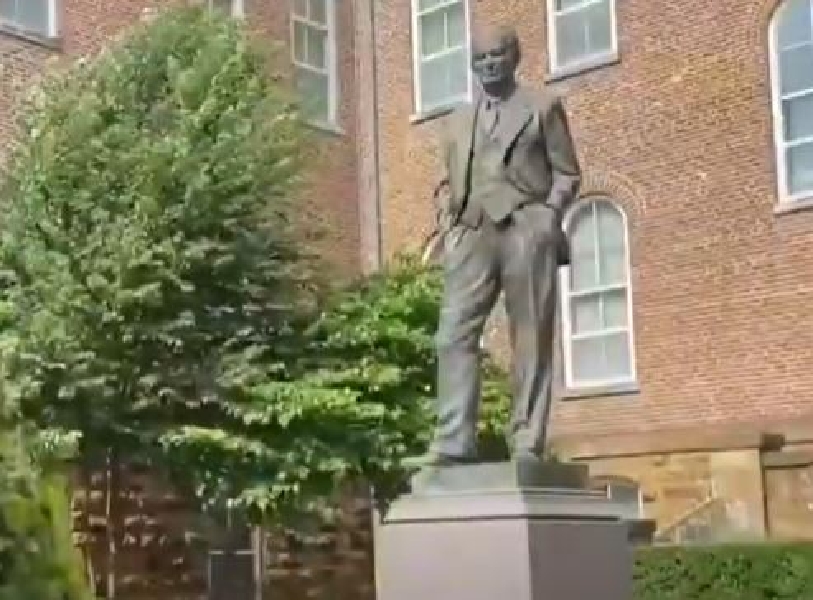 Students are circulating a petition to the University of Arkansas, asking for a statute of J. William Fulbright to be removed from campus.

The petition appears to have been originally started a year ago, but the Black Student Caucus shared it recently, and it has gathered more than 5,800 signatures so far.

"We demand the removal of the Fulbright statue and the use of the Fulbright name in any shape or form to represent a university that aims ‘to promote an inclusive environment where equity, opportunity, representation and civility are valued'"

“We demand the removal of the Fulbright statue and the use of the Fulbright name in any shape or form to represent a university that aims ‘to promote an inclusive environment where equity, opportunity, representation and civility are valued,’” the UA Black Student Caucus wrote on Twitter.

The petition says that J. William Fulbright was a southern Democrat and a segregationist who signed the Southern Manifesto in opposition of Brown v. Board of Education, filibustered the Civil Rights Act of 1964 and voted against the Voting Rights Act of 1965.

Additionally, he co-sponsored an amendment intended to permit soldiers to decide whether or not to serve in a racially integrated unit.

Fulbright is perhaps best known for his hand in the creation of an international scholars program, signed into law in 1946.

“We believe that his name and his statue should be removed from the University of Arkansas campus because his beliefs are not representative of the campus' vision in making a ‘better world,’” students wrote.

The University of Arkansas could not be reached for comment in time for publication.

Despite his checkered past on race issues, Fulbright, once a U.S. senator, introduced legislation in 1945 to sell surplus war equipment and use the money to fund the “promotion of international good will through the exchange of students in the fields of education, culture and science.”

Since then, the program, signed into law by President Harry S. Truman, has afforded nearly 400,000 academics of races and ethnicities from around the world to participate in what has become the most prestigious international exchange program on the globe.