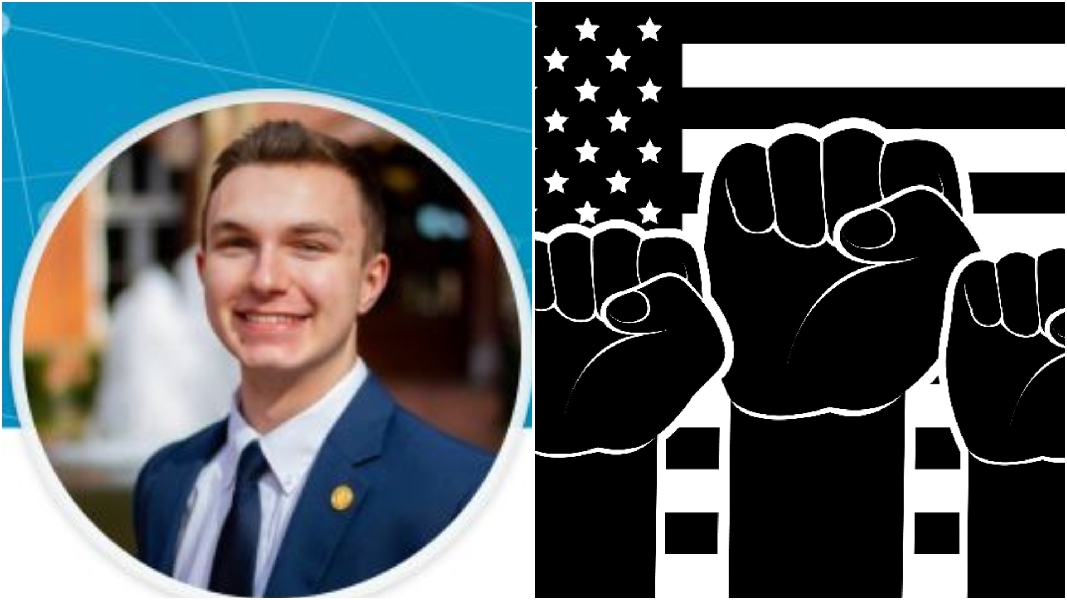 William Torgerson, a student at Georgetown University, wrote a blog post called A Nation of Virtuous Individuals in which he condemned the Black Lives Matter movement. He also made another blog post - which is now-deleted but the GUSA had obtained screenshots of - where he wrote that “being depressed is not normal.”

In the most recent post, Torgerson wrote that “Black Lives Matter is a movement entirely based in unfalsifiable ideological possession, and it does not deserve your support.”

He also commented on the recent Supreme Court decision which extended the 1964 Civil Rights Act to protect gender identity and sexual orientation as “a leap of judicial activism.” Torgerson wrote that “this precedent is frustrating because now, in legal terms, 'sex,' 'sexual orientation,' and 'gender identity' will have no technical distinction.”

In response to these claims, the GUSA Senate drafted a resolution to condemn Torgerson for using rhetoric which “is racist, ignorant, discriminatory, demeaning, and hateful." The resolution claims that by Torgerson writing “the United States of America is not systemically racist today,” he “negates the existence of institutional racism.”

In the blog, Torgerson wrote that he was prompted to speak out on his political beliefs “when statues started coming down.” The GUSA Senate criticized Torgerson’s remarks in the resolution, writing that “it was the removal of racist statues which pushed him to speak up — not the thousands of Black people murdered by police officers over the past five years.”

While he wrote that “disagreement is health - hatred is not,” the resolution states that this conclusion “directly follows over 3000 words brimming with hatred and racist rhetoric.” According to the GUSA, even though it is written in Georgetown’s Speech and Expression Policy that “ideally, discourse is open and candid and also-ideally-is characterized by courtesy,” Torgerson’s blog “displays a blatant disregard for the above virtues.”

GUSA senator, Sofia Negrete-Retamales, presented this bill to the student government. She told The Georgetown Voice that she had introduced this resolution because the “GUSA and Georgetown have committed to standing in solidarity with the Black Lives Matter movement, and this resolution is specifically to condemn the language that goes against the Black Lives Matter movement.”

Javon Price, one of the three Chairs for Students For Trump at Georgetown, told Campus Reform in an email, “universities are supposed to be locations where we have intellectual discourse. Whether or not we agree with the statement is irrelevant, the simple fact that there’s a campaign to ostracize him for attempting to engage in a national, if not global, conversation is ludicrous. And we wonder why people take to the streets?”

“One of the many reasons is the fact that spaces like colleges and universities where dialogue is supposed to be cherished, difficult conversations are supposed to take place, and ideas are ripe for rebuttal are being erased by a radical mob mentality. Instead of silencing people like Billy, why not engage and challenge him intellectually?" Price added.

Price added that while "there are some things in the article that Billy wrote that I may personally disagree with," the student government's action against him is a step too far.

"Free speech, on college campuses around the nation, is frankly under assault," Price continued. " Georgetown University should protect ALL of it students and affirm its commitment to free speech. Just because you disagree, doesn’t mean it shouldn’t be said. Principle matters.”

Jacob Adams, secretary of Georgetown Republicans, also told Campus Reform that “students are routinely harassed online by their peers for contrarian opinions at Georgetown. It is not a good college environment for conservatives or simply people who disagree with whatever is the prevailing political push. As it stands right now, I would not recommend Georgetown to any prospective student, and I would strongly discourage alumni from donating to the university until they clearly demonstrate Republicans and conservatives are welcome on campus.”