Campus Reform | Universities across America want students to read this book. We did it for you.

Universities across America want students to read this book. We did it for you.

Heading the list of books recommended for anti-racist reading is "White Fragility" by Robin DiAngelo.

Addressing her fellow white people, the author explains the role of “white fragility” as the primary inhibitor of successful confrontation of racial tensions. 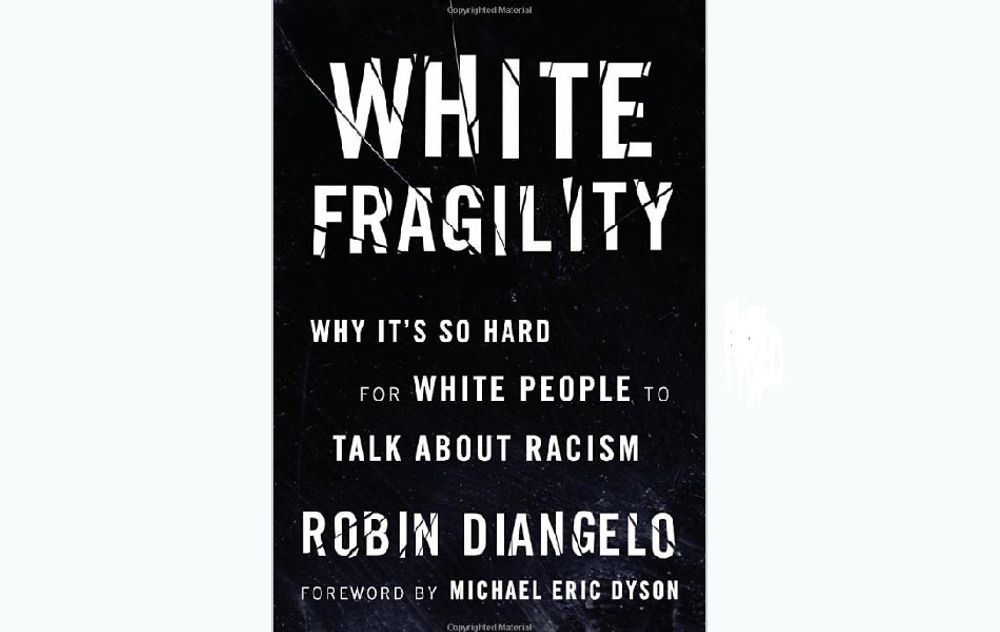 The book, which shot to the top of best-seller lists following the death of George Floyd and subsequent widespread movements, has been highlighted on recommended reading lists by universities nationwide, including Ivy League schools such as Cornell, Harvard, and Yale.

Campus Reform decided to find out why.

The angle that sets this book apart from similar texts is likely its development of “white fragility” as the catalyst of all racial conflict.

White fragility, according to DiAngelo, is a phenomenon that occurs when people of color confront white people on race-related issues. Categorically, white people will react with “a range of defensive responses,” which include “emotions such as anger, fear, and guilt and behaviors such as argumentation, silence, and withdrawal from the stress-inducing situation” and which “work to reinstate white equilibrium as they repel the challenge, return our racial comfort, and maintain our dominance within the racial hierarchy.”

This behavior, DiAngelo clarifies, “is born of superiority and entitlement. White fragility is not weakness per se. In fact, it is a powerful means of white racial control and the protection of white advantage.”

Essentially, she argues that white people’s distaste for racial confrontation is responsible for perpetuating white supremacy.

Additionally, DiAngelo recognizes that white people do not like to be classified at large under a broad category, and she predicts throughout the text that white readers will reject her arguments because of this sensitivity, which is a tendency that they must simply learn to overcome.

DiAngelo makes the case that “racism is deeply embedded in the fabric of our society,” saying that all racist acts stem from institutional racism. This means that “only whites can be racist” because “in the United States, only whites have the collective social and institutional power and privilege over people of color.” She acknowledges the occurrence of individual racist acts, but says such actions are “part of a larger system of interlocking dynamics.” Consequently, according to her standards, racism is a behavior unique to white people that cannot be demonstrated by people of color.

Not only have all white people demonstrated racism, DiAngelo says,  but they are doomed to do so indefinitely. She suggests that there is no way for white people to grow up without being racist, because white parents cannot raise their children in such a way that they do not benefit from and perpetuate racism in America. Not only that, but white parents cannot teach their children not to be racially prejudiced, and if they train their children not to express racism verbally, they are only teaching censorship.

Further, she suggests, race always influences a situation, so there is nothing coincidental about the color of someone’s skin and any conflict in which they are involved: “On some level, race is always at play, even in its supposed absence.”

Another concept DiAngelo redefines is that of white supremacy.

“White supremacy describes the culture we live in, a culture that positions white people and all that is associated with them (whiteness) as ideal. White supremacy is more than the idea that whites are superior to people of color; it is the deeper premise that supports this idea—the definition of whites as the norm or standard for human, and people of color as a deviation from that norm.”

Under this description -- which neglects to acknowledge the impact of its traditional connotations, such as ties to the KKK -- all white behavior can be categorized as not only racist but also as white supremacist. No one likes to be broadly categorized, but the author anticipates that and understands such behavior to be yet another manifestation of white fragility.

DiAngelo asserts that black women were unable to vote until 1964, explains that “there was no concept of race before the need to justify the enslavement of Africans,” and ultimately descends into reflecting on the nature of white and black identity.

“White is a false identity, an identity of false superiority. In that sense, whiteness isn’t real. The dream is the 'perfect world,' unpolluted by blacks. If whites are to construct this world, blacks must be separated through state violence. Yet they still must exist, for the existence of blacks provides the needed other against which whites may rise. Thus, white identity depends in particular on the projection of inferiority onto blacks and the oppression this inferior status justifies for the white collective.”