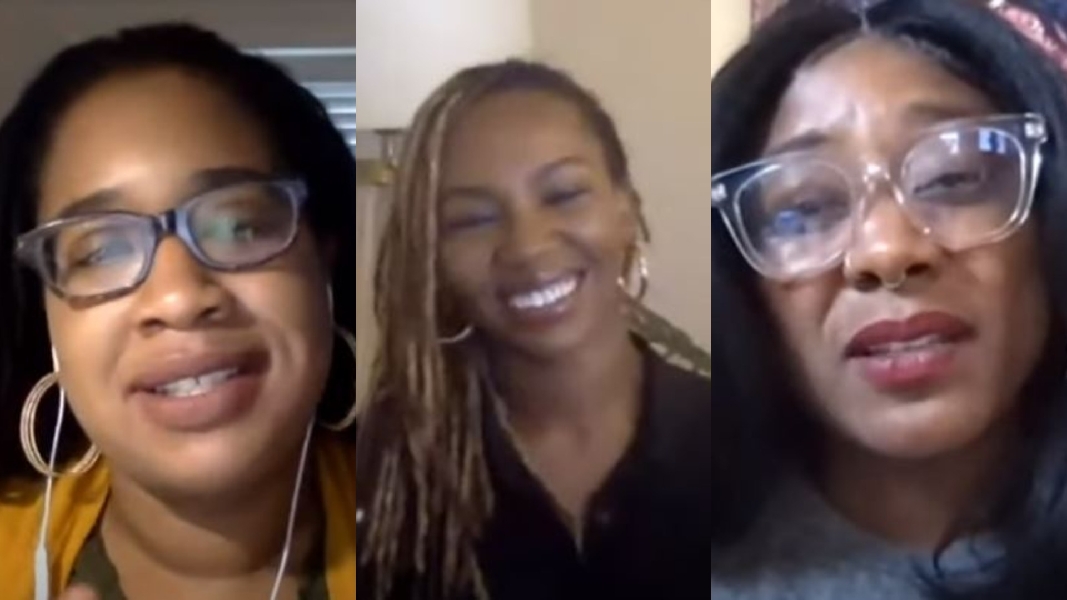 The University of Florida hosted the three co-founders of the Black Lives Matter movement for a virtual speaker series on race and how universities and students can support the movement.

The event, hosted by the ACCENT Speakers Bureau, the Black Student Union, and the Pride Student Union, featured a discussion and question and answer session between a UF moderator and co-founders Alicia Garza, Patrisse Cullors, and Opal Tometi.

[RELATED: UF could soon pay students' rent for them]

“Conservatives needed a lawsuit to get access to speakers, but anyone who is left-wing will be accepted with open arms.”

The discussion began with questions on the goals of the BLM movement, which Garza said was “to reestablish the dignity and humanity of black people all over the world.”

Garza then accused the U.S. government of “state-sanctioned violence” that “essentially rob black communities of the things that we need to live well and to live whole.” Tometi and Cullors concurred, with the former claiming that black people “are still being faced, with an onslaught of violence and everyday degradation” and the latter accusing the government of “torture.”

The subject of the event then turned to President Donald Trump and his administration, which Cullors labeled a “white supremacist government.”

“We are living under known white supremacists,” Cullors claimed.

When asked about what college students could do on their campuses to support the BLM movement, the founders offered solutions such as cutting ties with police departments and creating entire administrative departments to implement solutions.

“It might look like ensuring that law enforcement is no longer on the campus,” Tometi said, before also suggesting that students could try “reimagining tuition.” “There should be an entire department at least, that’s deeply looking at…[how to] untie the knots of racism and white supremacy and how it shows up,” Garza added.

Several conservative news outlets have noted the “socialist” goals of the BLM organization.

According to the Black Lives Matter website, the organization aims to “disrupt the Western-prescribed nuclear family structure” and free individuals from “the tight grip of heteronormative thinking.” Others have pointed to the ties and backgrounds of the founders.

For example, Tometi once cozied up to socialist Venezuelan President Nicholas Maduro when the dictator was attending the People of African Descent Leadership Summit in New York City. Tometi has also praised Venezuela for being a country that has “intelligent political discourse” and reportedly helped oversee the nation’s parliamentary elections in 2015.

Cullors herself has admitted that she, along with Garza and others within the Black Lives Matter movement, are “trained Marxists.” She also compared President Trump to Hitler in an interview with the Los Angeles Times, when she was asked if she would ever meet with him.

“We wouldn't as a movement take a seat at the table with Trump, because we wouldn't have done that with Hitler. Trump is literally the epitome of evil, all the evils of this country — be it racism, capitalism, sexism, homophobia,” Cullors said in the interview.

In a statement to Campus Reform, UF Young Americans for Freedom Chairman Philip Smith compared the difficulties his club has had with bringing speakers, and the ease with which “left-wing” speakers like the BLM founders were brought to campus.

“The University of Florida has made their position clear,” Smith said. “Conservatives needed a lawsuit to get access to speakers, but anyone who is left-wing will be accepted with open arms.”