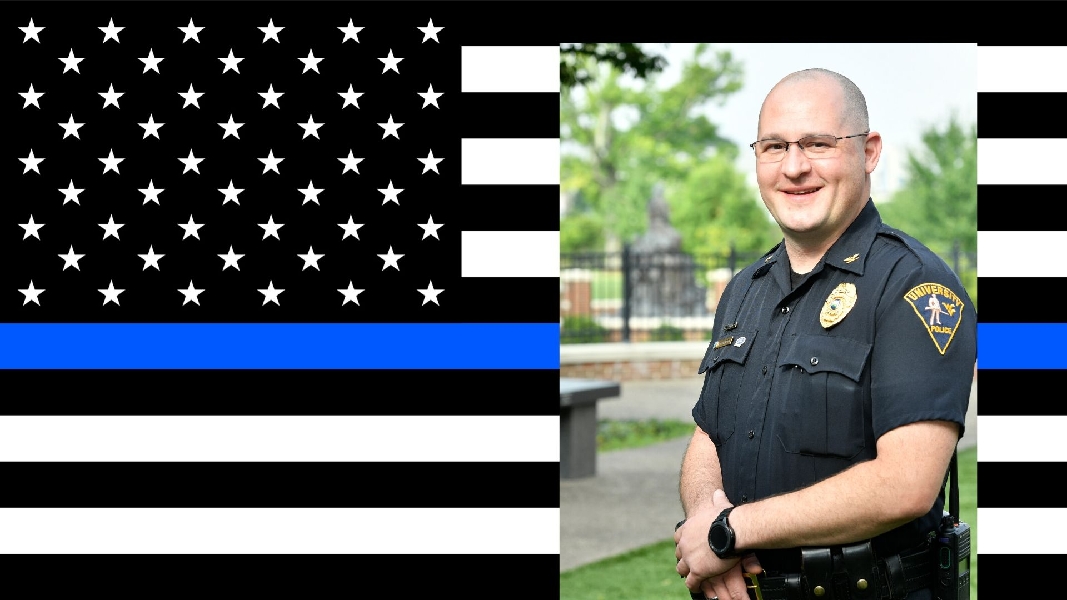 Even after the police chief at West Virginia University publicly apologized for a “Thin Blue Line” flag displayed in his office during a Zoom meeting, professors at the university are still demanding his resignation.

In response to George Floyd’s death, West Virginia University’s Vice President for Diversity, Equity and Inclusion Meshea Poore and W.P. Chedester, chief of University Police, sent out a letter to the students and faculty of WVU.

"The only way forward is with his resignation. Why is it so difficult to comprehend?"

“We stand united against the violence and racism, discrimination or bias towards Black people that has plagued our country for so many years,” the letter read. “And by recognizing there is a systemic problem in many law enforcement agencies across the U.S. and taking a stand against injustice, we can begin the process of rebuilding trust within our communities.”

In order to discuss “how we can work together to foster a safe, diverse, and inclusive culture,” West Virginia University hosted a virtual Campus Conversation over Zoom. The format of the call allowed students to ask questions to university officials regarding race relations on campus.

Visible during the video conference was a hand-carved Thin Blue Line flag on Chedester’s wall.

Students and faculty were outraged by the chief’s choice of wall decor and expressed their grievances with WVU immediately.

Within hours, Chedester issued a letter of apology for the pro-law enforcement flag being displayed behind him during the virtual conference.

He said that the flag always symbolized “a way to honor the commitment I made as a first responder to protect our community,” adding “I understand now that it represents something else to many others; something that I now know was traumatic to some of our community tuning in for our Conversation.”

“I sincerely did not have any intent to suggest that police lives matter more than Black lives nor was I intentionally trying to cause any harm or offense,” Chedester continued.

Chedester then promised to remove the flag from his office.

“I am committed to rebuilding that trust beginning today. I am taking the flag down from my office wall,” he concluded.

Some WVU facuty members were still not satisfied with these sentiments.

Thank you. The Blue Lives Matter flag is associated with white supremacy. Given the racism that the country is grappling with, which this talk was meant to address, UPD Chief Chedester’s apology is welcome. Let’s continue to be talk honestly about what we’re addressing: racism.

She then linked a Politico article conflating the flag with racism because it was spotted beside a Confederate flag at the 2017 "Unite the Right" rally in Charlottesville, Virginia. The same article quotes Arizona State University professor of criminology Michael White who said the flag "fosters this ‘us versus them’ mentality.’”

WVU Associate Professor of Biochemical Genetics Vagner Benedito called for Chedester’s resignation on Twitter in reply to the chief’s apology letter: “The only way forward is with his resignation. Why is it so difficult to comprehend?"

The only way forward is with his resignation. Why is it so difficult to comprehend?

“Campus police chief is a position we all should trust. POC will not be trusting his leadership. Moving forward, he must resign to make sure there is inclusions and equality regarding the police actions on campus!” Benedito wrote.

Benedito told Campus Reform that it while it would be “ludicrous” to expect Chedester to remove the flag from his office, he does “expect the police on campus to defend everyone, including minorities,” and believes that Chedesters’ possession of the flag demonstrates his unwillingness to do so.

“As you already know, that flag was crafted to oppose the Black Lives Matter movement, even though historically police lives have always mattered while black lives have been taken away by systematic police brutality over and over again,” Benedito said.

Benedito added that he did not find Chedester’s apology letter “convincing.”

“If he was indeed ignorant about its meaning, he should not be in a position of so much power for being so much misinformed about the current situation of the country, especially in matters involving the police,” Benedito told Campus Reform.

“To be clear, the diverse community at WVU and allies are demanding the replacement of WVU Chief Police moving forward,” Benedito said.