In the email, the dean claimed that anyone who hosted an event exceeding the university’s limit “will face suspension or expulsion.”

Tulane’s Dean of Students recently sent an email to all students regarding the application of the university’s health policies as the fall semester approaches.

The email came after the university became aware of reports of students gathering in large groups to celebrate over the 4th of July weekend. 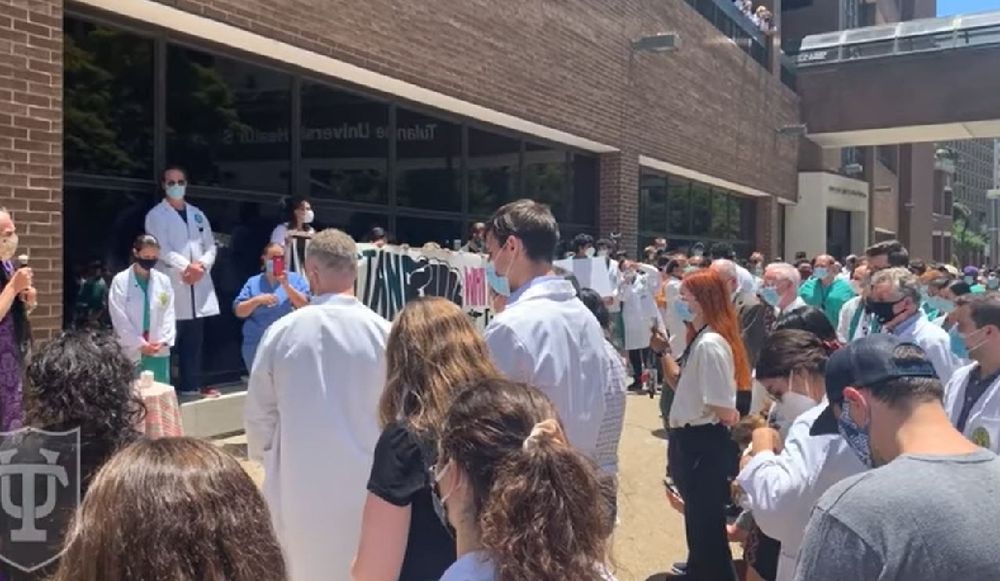 The dean opened her letter by condemning the actions of students who decided to gather in large groups to celebrate the 4th over the weekend. She stated that such behavior is “disrespectful," “selfish,"  “dangerous," and “not in line with Tulane values."

Woodley went on to call such behavior “indefensible and truly shameful.”

[RELATED: UAlbany has coronavirus themed party in its crosshairs]

As the email continued, Woodley cited New Orleans' progress towards “flaten[ing] the curve” and “reducing infections” such that the city could reopen and calls the actions of those who partied over the weekend “very publicly disrespectful to the Tulane University community and to the people of New Orleans” as they “have the potential to undermine our significant progress against this deadly disease.”

Woodley continued to briefly outline Tulane’s health guidelines for its fall semester. She reminded students of gathering size limits, social distancing, hand washing, and mask-wearing requirements. The dean then, in all caps, delivered this stern message: “DO NOT HOST PARTIES OR GATHERINGS WITH MORE THAN 15 PEOPLE, INCLUDING THE HOST. IF YOU DO, YOU WILL FACE SUSPENSION OR EXPULSION FROM THE UNIVERSITY.”

Woodley closed by informing students that they can “report problematic behavior," presumably including gatherings larger than 15 people, using the university’s online reporting system or over the phone to the university’s police and by asking students if they “really want to be the reason that Tulane and New Orleans have to shut down again.”

Campus Reform reached out to Woodley for comment but did not receive a response in time for publication.

Very few other schools have adopted a similar punitive approach for enforcing their health guidelines.

President of Tulane’s College Republicans, Carson Neeves, called the response from the university “concerning” as “a large part of why students choose Tulane is because of the party scene.” He explained that while “students should be able to throw a party” one can’t always control “who comes” as “a planned gathering of close friends can quickly spiral into a party outside of the host’s control.”

He went on to criticize the substance of the policy, questioning the difference between having “15 people compared to a party of 16”, if  “Tulane will force students to stay in their dorms," and if the university is going to tell students what to do in their private off-campus residences. Neeves cited Tulane as having “a track record of not protecting  their student’s health without COVID-19” and calls the recent demands “unbelievable.”

Neeves continued by saying he thinks a “double standard” exists as “Tulane did not care when students went to protests without masks” and that there was no outcry “with the risks Tulane student[s] chose to inflict on the minority community of New Orleans.”

“Tulane has more pressing problems,” Neeves stated, citing “antisemitism, substance abuse, mental health, racism and sexual assaults on campus.” He went on to describe specific instances of this, citing “three students who were accused independently of rape, murder, and battery” saying that “the administration remained utterly silent” about them. Neeves closed by stating “instead the administration chooses to focus on the more pressing matter of partying.”

While 4th of July gatherings spurred such a stern response from the university, another similarly large event that occurred a few weeks prior did not receive such a negative reaction from the school. On June 11, health care professionals and medical students affiliated with Tulane University held a “Peaceful Protest Against Social Injustice”, a function that was allowed to be listed on the university’s official “events” page.

The protest sought to address issues of “social injustice” and “racial inequality.”

The gathering greatly exceeded 15 people and, though organizers asked that participants “bring a face covering and practice social distancing”, many can be seen very close together.

The event received no official criticism from university officials and was reportedly attended by the dean of Tulane’s medical school.

Campus Reform reached out to the office of the dean to comment but did not receive a response in time for publication.

When approached for comment to clarify if the suspension or expulsion of students for hosting events exceeding 15 people would apply to political demonstrations as well, Tulane University Executive Director of Public Relations, Michael Strecker, simply stated, “participants in the June 11 event” undertaken by Tulane’s medical community “wore masks," making no statement about policy application.

When asked about the number and proximity of people at the protest, Strecker did not respond to a request for comment.