Biology prof: There is 'no way' to safely open campus right now

Kurt Williamson originally advised the William and Mary community not to "panic" about going out in public.

But now he insists the university is putting people in danger by asking them to return to campus. 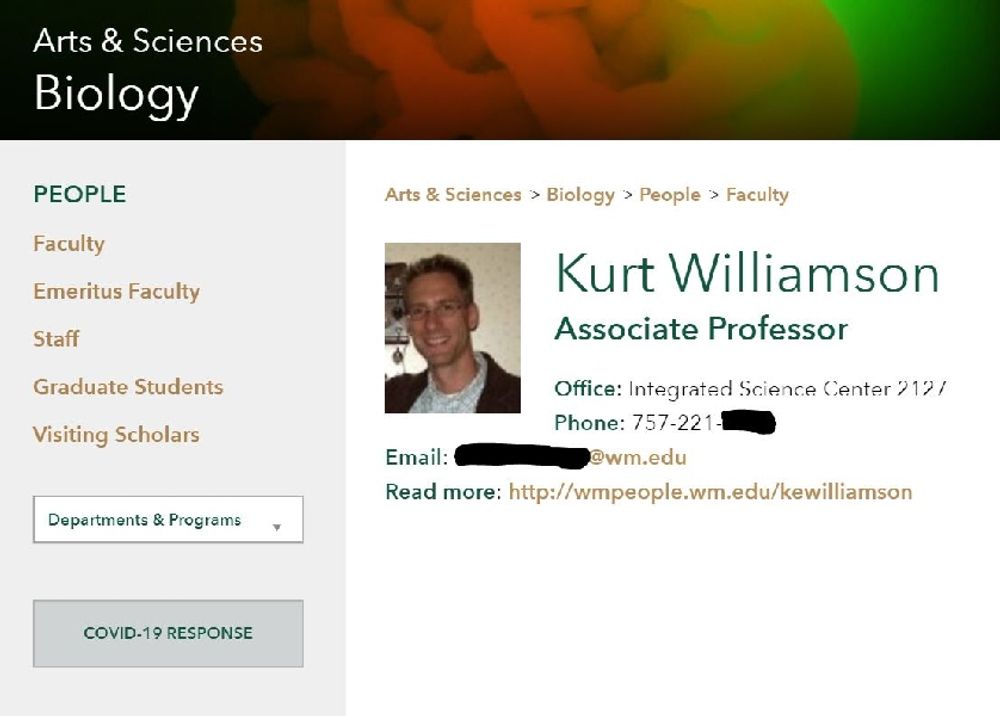 A College of William & Mary virologist wrote a letter to the school's president, urging her not to go forward with the plan to open the campus in the fall to avoid COVID-19.

In his letter to university president Katherine Rowe, biology associate professor Kurt Williamson outlined why he feels that the “only one safe way” to go forward with the fall semester would be to do online learning.

“These risks are not going to magically diminish when the fall term begins,” warns Williamson, before asking “What if students are not willing - or able - to accept these risks? We know these risks are real - why are we going to ask students, faculty, and staff to assume them?”

The letter was released via Twitter by the W&M Workers Union. According to the tweet, Williamson was not consulted in the decision-making process, despite being the only virologist affiliated with the college. Williamson insists "there is no way to safely social distance an open campus," and dismissed measures like "Plexiglas barriers," and foot traffic control.

Prof. Williamson is the only virologist at W&M and was not consulted by the administration.

“President Rowe was in touch with Professor Williamson week before last and thanked him for expressing his concerns, explained the work of the planning ahead teams, which include two epidemiologists, and let him know that we are diligently working through the questions he raised,” Director of News and Media Suzanne Clavet told Campus Reform in response to the letter.

Before William & Mary closed its campus on March 11, Williamson was featured in a Q&A on the college website about the coronavirus. Contrary to what he said in his recent letter, Williamson initially told people that while they should not disregard COVID-19, there was no reason to fear leaving the house.

“I don't think anyone in the U.S. should be quarantining themselves or living in fear of going out in public,” said Williamson at the time.

“The most severe impacts and fastest spread seem to be occurring near the epicenter of the outbreak, in China. In the U.S., I don't think there's cause for panic, but it should be taken very seriously,” Williamson added.

In his letter, Williamson also mentioned the concerns that he would have for groups of people who are more at risk of dying from COVID-19, specifically the African-American community on campus.

“While I cannot easily extrapolate how much of our student population is impacted by the additional risk that comes from pre-existing medical conditions, I can readily consider how the racial disparity in COVID deaths could impact the African-American students, faculty and staff that we have a responsibility to protect to the best of our ability,” Williamson said.

“Students will have the option for online courses as was announced several weeks ago. More information will be coming next week as our planning for fall continues,” Clavet said.

Williamson did not respond to Campus Reform’s request for comment in time for publication.