He was convicted of "public nuisance charges" last year, but was released on bail.

The University of Hong Kong announced that it would fire Benny Tai, an associate law professor who is a key figure in the city's pro-democracy movement. 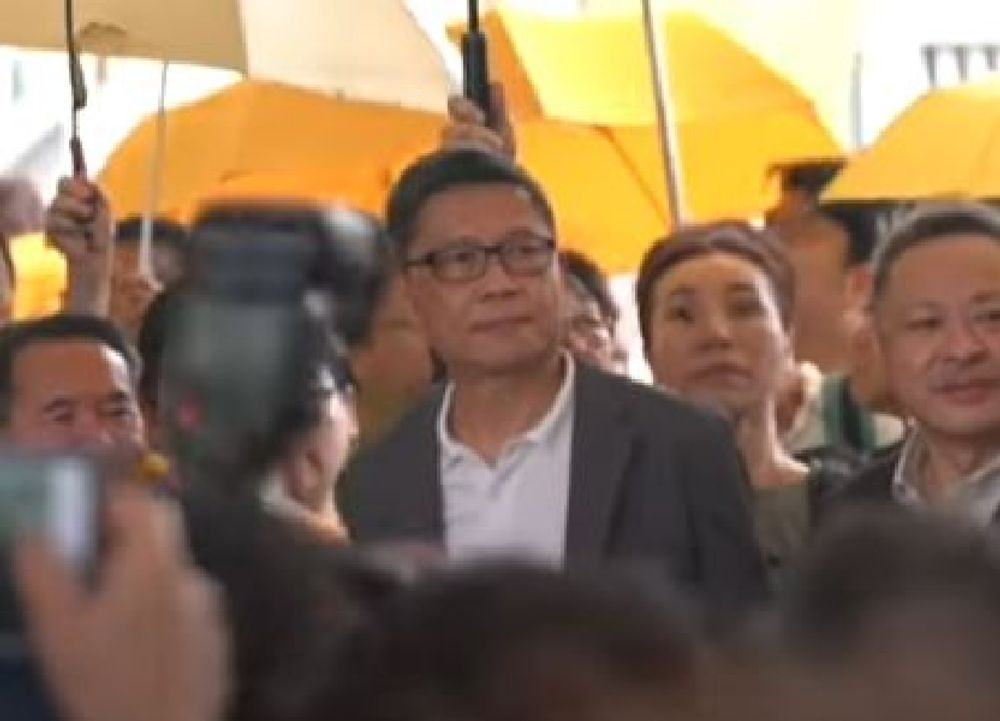 The University of Hong Kong voted Tuesday to fire Benny Tai, an associate law professor known for his activism in pro-democracy protests.

Tai was one of the key leaders in the 2014 Umbrella Movement, a series of pro-democracy demonstrations initiated by a group called Occupy Central with Love & Peace. Originally, Tai had planned for a sit-in of a few days in one of the city’s financial districts, according to the New York Times, but thousands of demonstrators joined and expanded the movement in response to police attacks on students. The name of the movement came from the umbrellas students carried in order to protect themselves from pepper spray and tear gas police used on the protesters.

Last year, a court in Hong Kong sentenced leaders of the movement, including Tai, up to 16 months of imprisonment for charges of conspiracy to public nuisance. The New York Times reports that Tai has been out on bail while his case is appealed.

The Hong Kong University Council described its termination of Tai’s employment in a press release as resolving “a personnel issue concerning a teaching staff member” following a “stringent and impartial due process.”

In a Facebook post, Tai claimed that “the decision to terminate my appointment was made not by the University of Hong Kong but by an authority beyond the University through its agents.”

[RELATED: Lessons from Hong Kong: What Americans can learn from struggles abroad (OPINION)]

Tai said he would continue his research and teaching on the subject of law elsewhere.

“I have the confidence to see the rebirth of a free HKU in the future," he wrote.

Maria Copeland is a Virginia Campus Correspondent, reporting on liberal bias and abuse on campus for Campus Reform. She is originally from Herndon, Virginia and received her Associates of Arts in Communications from Northern Virginia Community College this May. She will attend James Madison University in the Fall. While on campus, Maria was Gupta Family Foundation Scholar, Vice President of the Loudoun Student Government Association, Vice Preside…