Students and alumni chanted and placed dozens of signs in his front yard.

Harvard Alliance Against Campus Cops protested Harvard’s involvement in the “prison-industrial complex” in front of the Harvard president’s residence. 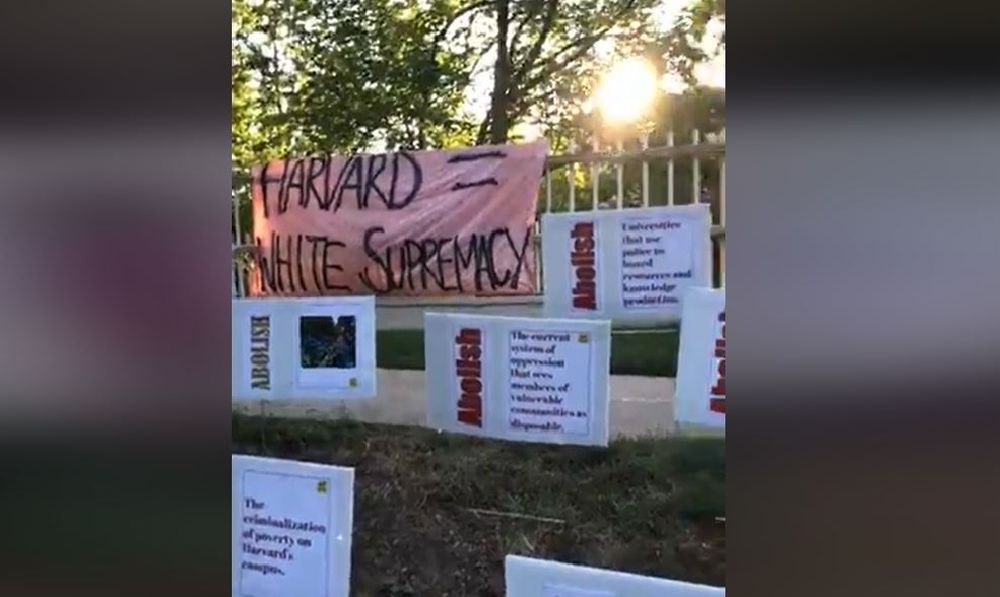 The participants were organized by Harvard Alliance Against Campus Cops, which was established in the wake of George Floyd’s death and pushes for the end of the Harvard University Police Department. According to a press release from the Alliance, the protest in front of Bacow’s home “relayed the many ways in which campus cops destabilize and endanger students and community members alike.”

Participants demanded that Bacow take responsibility for the “danger he perpetuates against the Harvard community.”

A Facebook live stream from the event shows students shouting "no cages, no cops, this bullshit has got to stop," as well as "disarm, disband, free them all, and free the land."

The protesters planted signs in Bacow’s front yard and hung banners on the fence. One banner bore the words “Harvard = White Supremacy.”

Protesters alleged that the Harvard Police has “harassed, targeted, and beaten” black citizens of Cambridge, Massachusetts, later profiting from their imprisonment via Harvard’s investments in the “prison-industrial complex.”

They also claimed that Bacow’s university-financed home was insured with “slave money.”

The primary call of the protesters was the abolition of the Harvard University Police Department. They claimed that police “terrorize black, poor, and queer bodies,” as well as “protect private property and wait on whiteness,” which they label the foundations of “racial capitalism.”