School apologizes after highlighting student group accused of being ‘racist;' president of the group responds

President of the UC-Irvine Federalist Society Richie Angel shared how he feels about the school’s apology following the outrage over its decision to make an Instagram post highlighting his traditionally conservative organization.

In an interview with Campus Reform, Angel spoke out about his disappointment with the university's response to accusations that FedSoc is a “white supremacist group.”

Students at the University of California- Irvine demanded answers from Dean L. Song Richardson following a post highlighting the school’s chapter of the Federalist Society, which describes itself as “a group of conservatives and libertarians interested in the current state of the legal order.” After highlighting the group on one of its official social media channels, the school issued an apology to students who were offended.

Campus Reform previously reported on this incident in June. In July, Campus Reform sat down with the president of UCI’sFederalist Society chapter, Richie Angel to gather his thoughts on the situation that had unfolded, as well as the subsequent fallout.

“These were faculty members who reached out to us as the Federalist Society and said, ‘Over the course of the summer, we want to highlight every student organization, so send us a group photo and then a bio of the organization...’” Angel shared. He says the group did just that, and “that was the last we heard of it.”

Angel said that it wasn’t until after the Federalist Society was featured on the school’s Instagram that he even knew what had happened.

“The whole school got an email... saying, ‘We’re aware of the post on Instagram and we’re working with faculty to decide if the post should stay up. We absolutely condemn the thoughtlessness and the insensitivity in posting it in the first place,’” Angel said, “and I thought, ‘Oh boy, it must have gone on Instagram, it must be about us.’”

In response to the apology following the original post, Angel says, “they repeatedly apologize for the timing of the post and I find that to be maybe a little bit misleading.” Angel says he understands the argument that because of it being Pride Month and with nationwide Black Lives Matter protests that “there was maybe a better organization to highlight this week.” However, he also says, “They didn’t ask us when we should be posted, they didn’t tell us they were going to post.”

“I’m the only white male in the Federalist Society” Angel pointed out, adding that the only other white person in the group was a female.

Angel said he received a message from a female student he’d never met who said, “I don’t know you but if you ever see me on campus, don’t even think about talking to me. I’m disgusted to go to the same school as you.”

During a town hall meeting on the matter, Angel says Richardson did not denounce claims that the Federalist Society is a white supremacist group, Angel says. “That’s distressing to me particularly because I generally have a very high opinion of my dean.” He has heard her on multiple occasions tell students the importance of hearing dissenting opinions, Angel says, “so I expected more from her in that town hall.”

Angel described how he submitted an anonymous question during the town hall under the premise that all questions would be answered, as promised by Richardson, asking, “Is Dean Richardson willing to affirm that FedSoc is NOT white supremacist?” His question was not read aloud during the town hall. The response he received from Assistant Dean Dr. Jennah Jones read, “I would love to follow up with you later.”

“At the very least, I would expect the dean of my law school to be able to say ‘this is not a white supremacist organization,’” Angel said. He said he was told by the assistant dean that “she can’t make any promises.”

“We’re not calling for the dean to resign.” Angel said, “We’re not out for blood here. We would just like to be treated as if we’re allowed to be on campus and not be smeared.”

He went on to explain that his description of his chapter has a few key differences from that of the national organization.

Angel says his hope is that they can “at least agree, if not on policy, on what the role of government is and so those last few phrases of the description about the separation of powers, the role of judges to not write their own law, that the state exists to preserve freedom, that all does come from the national definition [of the Federalist Society] so it is kind of a hybrid. What was changed was just to reflect that UCI generally doesn’t have a lot of conservative voices.”

Angel said that the school regularly puts out statements “favoring the political left," adding that “It doesn’t make a lot of people feel confident coming to this school that they’ll be heard.”

UCI recently shared a post highlighting a student group called Lawyering for Reproductive Justice with a description that reads, “We work to ensure all people--especially those most likely to face reproductive injustice--have the ability to decide if, when, and how to create and sustain a family.”

"One of the….evidences that people will cite for how The Federalist Society is such a hateful and loathsome group is we dare to take a pro-life stance,” Angel says in reference to the fact the chapter held a debate where one of the speakers was arguing that Roe v. Wade should be overturned. “The very stance on abortion makes us white supremacists, and sexists and all of that sort of thing.”

While Angel says he decided to attend UCI because he “wanted to hear what other people have to say” so that he can “strengthen my own arguments,” he shares that, “unfortunately, that’s not generally seen as a valuable exercise on campus.”

After his interview, Angel updated Campus Reform about a follow-up town hall wherein Richardson “gave an excellent statement about the situation on campus, condemning the silencing,’ ‘bullying,’ ‘shaming,’ and other ‘unprofessional behaviors’ toward faculty and fellow students.”

“She spoke about the need for ‘dignity, courtesy, and respect’ generally, and she brought up several ‘unprofessional’ moments recently both related to the Federalist Society and other controversial situations at UCI Law," Angel relayed. "She said that ‘if you want the freedom to express your ideas but you seek to silence others' views, that is the definition of hypocrisy.’ She doubled down later, saying, ‘If you live your values only when it's convenient, only when it's easy, or only when it benefits you, then your commitment to those values is not real.... It is nothing more than shallow window dressing." 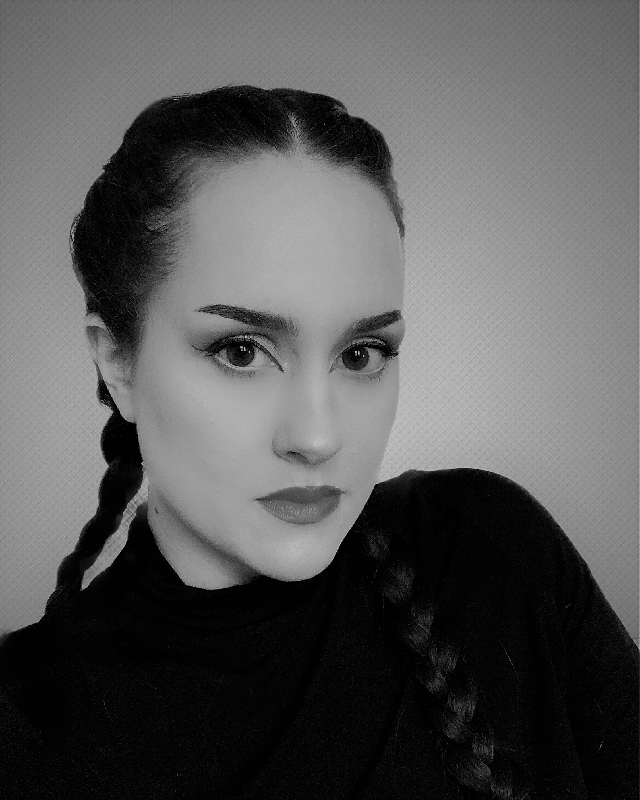 Michelle Weston is a California Campus Correspondent with Campus Reform. She is currently attending Orange Coast College and majoring in Economics. She is a member of the school's Honors Program and intends to transfer to a university to obtain her bachelors degree in Business Economics before pursuing an MBA.