Students nationwide step up to 'protect the polls,' preserve in-person voting in November 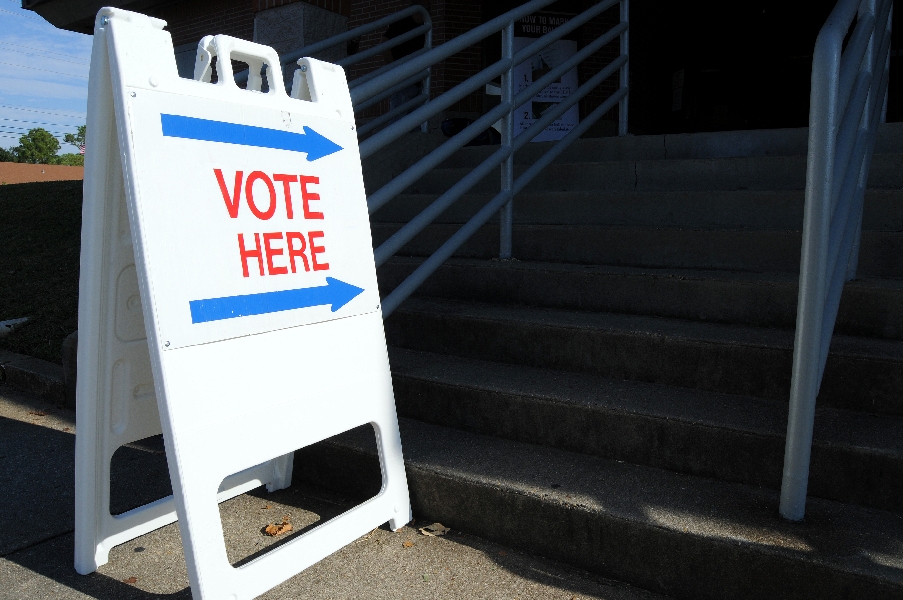 While many are calling for nationwide mail-in-voting due to coronavirus concerns, some young people are doing their part to ensure that voting can take place at the ballot box in November.

States are scrambling to find enough poll workers for the 2020 general election. More than 30 young people have banded together to help solve this issue by forming the Poll Hero Project. Their goal is to “make voting possible” in 2020 by getting young people to work polling locations all across the nation.

“That’s a huge issue. That means voter disenfranchisement. And before Poll Hero, I had no idea it was even a problem,” Poll Hero Project member Lucy Duckworth told Campus Reform.

The project is comprised of 33 Princeton University students, Denver East High School students, and a University of Chicago Booth School of Business graduate who all volunteered to start the Poll Hero Project in July.

“Poll workers make elections happen. They’re the on-the-ground people who work at polling locations and make voting  really about doing all we can to make sure this upcoming election is as successful as possible,” Poll Hero Project co-founder Ryan Schwieger told Campus Reform.

After young people sign up with the project, a volunteer from the team will reach out and guide them through the process of applying to their local election board. The group is also working on informational and promotional content that will get young people “excited about the critical role you’ll play in our democracy.”

“We’re there to hold their hand through the sometimes complex, sometimes annoying, bureaucratic form-type processes of getting connected to the people they need to be connected with,” Poll Hero Project co-founder Avi Stopper told NBC News.

“After signing up to work the polls myself, the team reached out to me to volunteer with them the same day. The Poll Hero team is incredible: we’ve all been working hard throughout the past few weeks, and it’s so fulfilling to see that work pay off!” Duckworth told Campus Reform.

The project started gaining momentum after its founders spread the message on social media. According to NBC News, the group exceed its goals of 1,000 sign-ups in one month when approximately 1,500 young people signed up within three weeks.

“It’s beyond fulfilling seeing our efforts make a difference, and it's so exciting knowing that other young people share our enthusiasm. We’re getting signups from across the country now—Texas, Missouri, New York, Washington State— not just in cities we are focusing on. But it’s only encouraging us to push harder to get as many people involved as possible,” Duckworth told Campus Reform.

One of the reasons the Poll Hero Project was founded is because COVID-19 threatens the lives of those who have historically been poll workers at a higher rate.

“I realize how critical of a time we are in. 58 percent of poll workers are 61 and older, and because of COVID, many are dropping out. This is leading to massive closures of polling stations, and we’ve seen disasters in cities during the primaries because of it. Poll workers are essential to elections, and this was my was [sic] to get involved,” Poll Hero Project member Margo Mattes told Campus Reform.

According to the Pew Research Center, more than 58 percent of poll workers in 2018 were 61 or older, 27 percent of whom were 70 and older. Just 8 percent were under the age of 25. Because older adults are at a higher risk of contracting COVID-19, the Poll Hero Project wants young people to be a larger presence at polling places in 2020.

“We have more resistance to coronavirus, so it’s our responsibility to use that privilege for good,” Duckworth told Campus Reform.

“Senior citizens should be staying home and safe and it’s up to young people to step up and work the polls!" member Ben Bograd said to Campus Reform.

If young people are interested in signing up but are hesitant due to COVID-19 fears, the project’s website offers helpful information on measures that can be taken for protection while working the polling places.

Duckworth told Campus Reform that if enough young people do not sign up to be poll workers, “longer lines, longer distances to reach the polling location, and confusion for voters” will result.

“Just look at Milwaukee and Philadelphia during the primaries: we can’t have that happen during the general election,” she continued.
When asked why he decided to be part of the Poll Hero Project, Schwieger told Campus Reform, “We believe that everyone should have the right to vote and vote safely, and that can’t happen without people to work the polls!”

The group made sure to advertise the possibility of compensation for poll workers in their social media marketing strategy. According to the Poll Hero Project’s website, poll workers can earn anywhere from $75-$500.

“They can participate in democracy, they also get paid in most cases for doing it because you get paid when you’re a poll worker, and it’s something our society desperately needs,” Stopper told NBC News.

[RELATED: Confused about the 2018 blue wave? Take a look at these student voting numbers…]

Even those who are not old enough to vote yet can be poll workers. The project encourages that this can be the best way that those who are ineligible to vote can contribute to America’s democracy.

“As a high schooler, I am unable to vote this year, and until recently, I thought that I would be watching from the sidelines yet again in 2020. The project has allowed me to make a contribution to democracy, even though I cannot cast a ballot,” co-founder Leo Kamin told Campus Reform.

Other groups and even some states have taken on this mission as well.

“We have more resistance to coronavirus, so it’s our responsibility to use that privilege for good."

An organization called Power the Polls has committed to a similar initiative but with a larger goal of signing up a quarter of a million “low-risk” Americans. States such as Iowaand Michigan are also calling on young people who are less susceptible to the virus to “step in for older precinct election officials.”

“Working on Poll Hero has allowed me, for the first time in my life, to take ownership in the democratic process, and feel like I am making a tangible difference. It is amazing to see how many of my peers are excited to contribute to democracy,” Kamin told Campus Reform.

When asked what she would say to young people contemplating the idea, Duckworth said that they ”have a duty to step in.”

“Working the polls this November is how you protect democracy. It’s how you make a difference in your own community, even if you cannot vote. Our generation is passionate about creating a better world, but that will only happen if we are civically engaged. To young people: it’s our job to protect the polls this November. Democracy is on the line,” Duckworth told Campus Reform.