DNC speaker is prof who wants to make 'revolution irresistible'

She once said that revolution needs to be made "irresistible."

A Colorado State University professor who spoke at the Democratic National Convention has a history of social justice activism and advancing liberal ideas.

The New York Times published one of her poems as part of its 1619 Project. 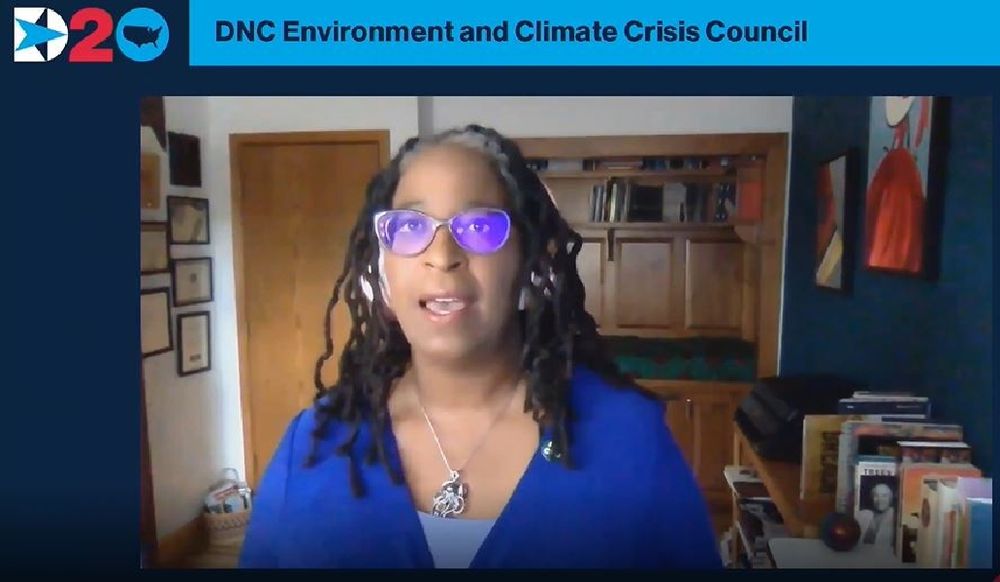 Colorado State University professor Camille Dungy, who recited poetry on the second night of the Democratic National Convention has a long history of both social justice activism and advancing liberal ideas.

“So frequently, we separate the arts from current relevance and the ability to be part of direct action toward change,” Dungy told Colorado State University. “To be asked to speak at this convention, which is focused on moving this country forward, is an amazing honor. I was raised in a very politically involved family and have watched these conventions my whole life, so participating in one is thrilling.”

“We need to be paying attention to the environment and climate change,” she said. “This is really a culmination of years of efforts at the intersection of history, environmental concerns, social justice and moving toward a safer, brighter future. I always feel it’s really important that our region is represented in these conversations, so I’m proud to be a voice for Colorado.”

Dungy wrote a piece for the New York Times 1619 project, titled “On Brevity," saying that the project is deeply personal for her.

“We’re not talking about ancient history; we’re talking about yesterday. It’s so close to who and how we are. It’s so important for us to keep a hold of... The whole 1619 project is about that,” she said. “Capitalism, the freeways, healthcare — it’s all shaped by this history.”

In an interview with Greenpeace, the professor describes climate change as an "environmental catastrophe" and explains that she's focused on helping others "survive this changed reality we’re dealing with now."

As a poet, Dungy views herself as being tasked to influence social change, and says that one thing she wants is to "make revolution irresistible."

“In order to create the changes that so urgently need to be made,” Dungy told  Orion Magazine. “

We must make revolution irresistible. Poetry is one way to do this.”

Dungy did not respond to a request for comment from Campus Reform.