Police Free Penn alleges that Penn Police “attacked” a Black community with pepper spray and projectiles in late May.

Even though Philadelphia currently has the nation’s second-highest murder rate, Penn students rallied to slash funding of the university’s police force. 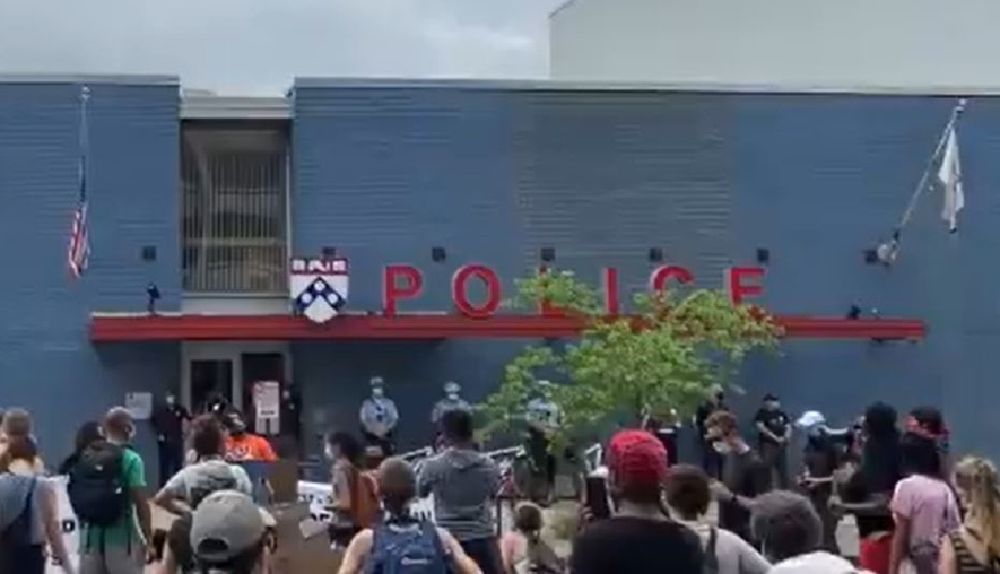 Police Free Penn, a group calling for the abolition of police on Penn’s campus, organized the protest in response to allegations that the University of Pennsylvania Police Department assisted Philadelphia Police in tear gassing rioters on May 31.

According to the group, at least 150 people protested.

The group’s social media alleged that Penn police “attacked” a predominantly Black neighborhood, firing tear gas, pepper spray, and projectiles at protesters and bystanders. The post called for a 50 percent reduction in Penn Police’s budget, the establishment of a community-controlled reparations fund, and the removal of all Penn trustees tied to “policing and prison industries."

The evidence is overwhelming: Penn Police participated at the May 31st police attack on 52nd St. Let’s get the truth, get rid of UPPD’s leader Maureen Rush, and defund UPPD. Click the link for details on an email to send to administrators (thx to PCF). https://t.co/wfb4GLREqI pic.twitter.com/oV1eE33MOK

Around 80 people gathered at the University of Pennsylvania Police headquarters this afternoon to protest the campus PD, particularly campus officers’ presence on 52nd Street on May 31: https://t.co/TE3PgV4DIi

Organizers started the event with a handful of speeches about the need for Penn to address systemic inequities. Protesters also chanted “no justice, no peace, abolish campus police."

When the protesters arrived at Penn President Amy Gutmann’s home, they hung signs bearing phrases like “end police terror” on the fence.

One sign called for the abolition of ICE and SWAT.

Major cities across the United States have experienced a sudden increase in homicides in the wake of George Floyd's death and subsequent unrest. As of July 26, at least 247 people had fallen victim to homicide in Philadelphia since the beginning of this year, marking a 32 percent increase in homicides year-to-date.

Philadelphia currently has the second-highest murder rate among large American cities, second only to Chicago, according to CNN.