University President Jerry Farley preemptively reached out to the late statue donor’s family about his concerns with the political climate.

Statues of Thomas Jefferson and Benjamin Franklin have been removed from the Washburn University campus.

A spokesperson for the university said the donors chose to have the statues returned because they didn’t want it to be a “source of embarrassment.” 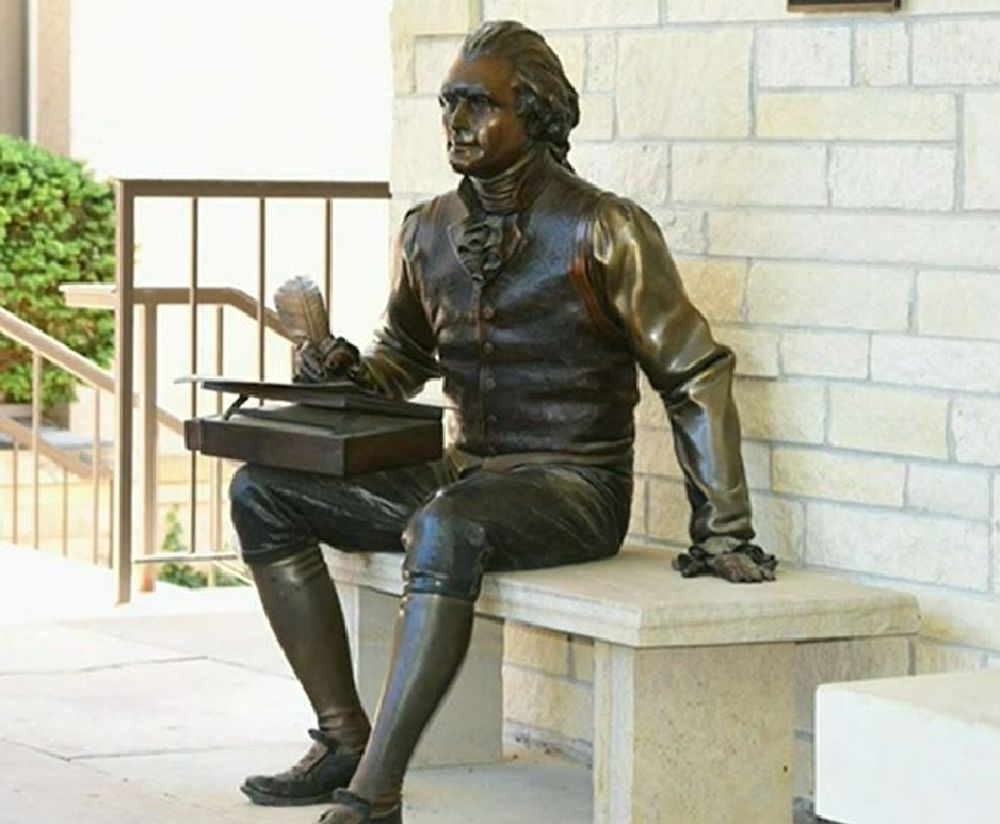 Statues of Thomas Jefferson and Benjamin Franklin have been removed from the Washburn University campus in Topeka, Kansas.

Washburn University President Jerry Farley said he wanted to get ahead of possible disapproval of the founding father statues during an interview with WIBW-TV. The move came just months after the University of Missouri rejected calls by students to remove a statue of Thomas Jefferson because he was a slave owner, as Campus Reform reported at the time.

Farley called the widow of statue donor alum Gerald Michaud, who died in 2005, to explain his concerns about the statue situation.

According to Farley, a family representative said if it was going to start problems, they didn’t want their name associated with it. Then, the donor family asked for the statues to be returned to them.

The school replaced the statues with blue benches. Farley said the school had a lot of other art around campus, and that it was best to move on without the Jefferson and Franklin statues.

“It was the donor’s decision to have the statues returned,” school spokesperson Patrick Early said, according to the Columbia Missourian. “They didn’t want the statues to become a source of embarrassment so they asked that they be returned.”

Early shared that the decision was prompted by a situation at the University of Missouri’s Columbia campus.

In June, students petitioned to have a Jefferson statue removed, but the university decided to leave it.

“Things change over time and people are going to change their opinion about things,” Farley said.

Campus Reform reached out to Washburn University but did not hear back in time for publication.