Campus Reform | UNC professor: 'They have deputized all White people to murder us'

UNC professor: 'They have deputized all White people to murder us'

She then claimed that those criticizing that statement were racist.

A University of North Carolina professor claimed that all Whites have been “deputized” to kill Black people. 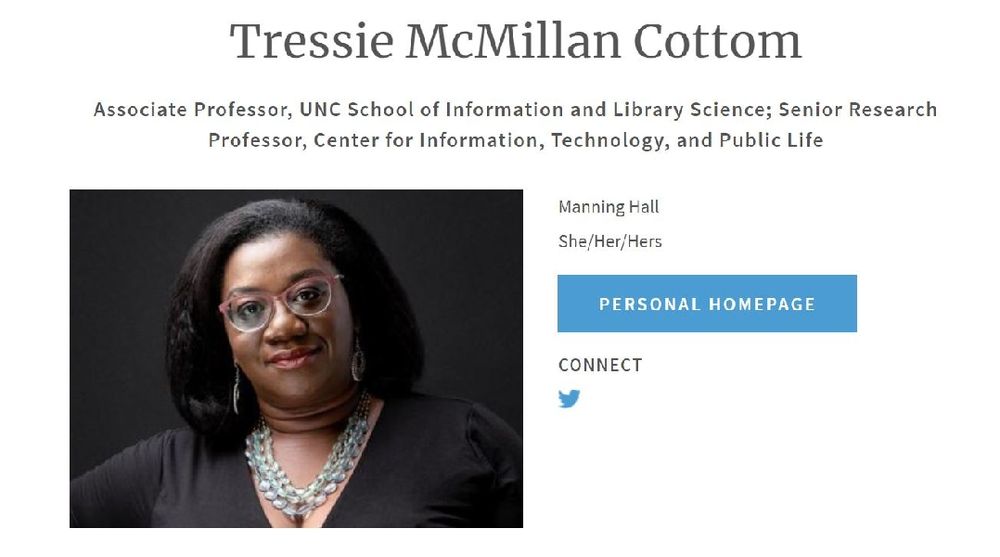 A professor at the University of North Carolina-Chapel Hill’s School of Information and Library Science said that all White people have been “deputized” to murder Black people.

In response to a tweet stating that Wisconsin Sen. Ron Johnson supports “citizen soldiers” in Kenosha, Wisconsin and alleging that Kyle Rittenhouse, the Illinois teenager charged with felony homicide after he was seen walking down a Kenosha street with a firearm slung across his back, is a “citizen soldier," Tressie McMillan Cottom, a black woman, declared that “they have deputized all white people to murder us."

Attorneys for Rittenhouse say the 17-year-old who is being tried as an adult acted in self-defense.

They have deputized all white people to murder us. https://t.co/tnGRyHZn9y

In response to criticism of her statement, Cottom declared that the “racists are big mad about this one.”

Oh the racists are big mad about this one, I see. https://t.co/EPgrllbRsX

“They’ve sent them body snatchers,” she said in another tweet. “Ah well, if this account disappears you’ll know that I took it as a sign from god.”

Whew. This is gonna be a doozy. They’ve sent them body snatchers. Ah well, if this account disappears you’ll know that I took it as a sign from god. https://t.co/EPgrllbRsX

Cottom is the author of Thick: And Other Essays, which “transforms narrative moments into analyses of whiteness, black misogyny, and status-signaling as means of survival for black women.” The work was a finalist for the 2019 National Book Award and was lauded by the New York Times Book Review, Chicago Tribune, Time, and The Guardian.

Cotton is also a co-host of “Hear to Slay,” which her website describes as “the black feminist podcast of your dreams.”

William Wharton, a senior at the University of North Carolina-Chapel Hill, said he does not agree with the sentiment that White people have been “deputized” to kill Black people. He said the statement is “totally ridiculous and completely ignorant.”

Campus Reform reached out to Cottom and the University of North Carolina for comment but did not hear back in time for publication.