A professor previously covered by Campus Reform has made comments in class aimed at Republicans and certain religions.

According to students who have taken his classes, he has compared various prominent Republicans to nazis. 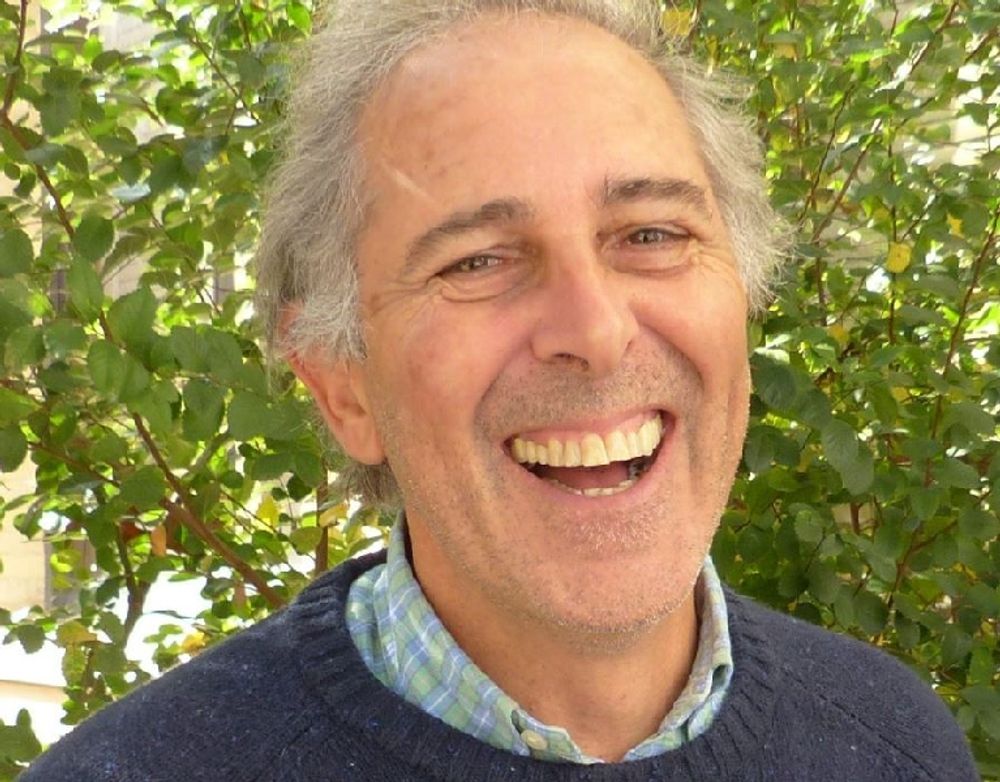 Filipe Castro, an anthropology professor at Texas A&M University, on whom Campus Reform previously reported for controversial statements made on his personal Facebook profile, is now being accused of bringing his political and religious views into the classroom as well.

Campus Reform reported on the anti-Trump and anti-Republican social media posts of Texas A&M anthropology professor Filipe Castro, including a post stating that it was "good news" that Rep. Louie Gohmert (R-Texas) contracted coronavirus. Castro expressed hope that Trump and Pence will "get it too." He also called former Republican presidential candidate Herman Cain, who died of coronavirus, "stupid."

According to students and classroom presentations obtained exclusively by Campus Reform, Castro does not keep his opinions limited to his social media but brings his political and religious views into the classroom and onto campus.

Campus Reform obtained access to what multiple students said are Castro’s Spring 2019 presentations for his "Peoples and Cultures of the World" class. According to these slides, the professor appears to repeatedly blame conservatism and religion for racism.

Throughout the entire period of preparing this article for publication, Campus Reform repeatedly tried to contact Castro through his university email address as well as by calling the phone number listed on the anthropology department's website. Campus Reform also reached out to the Texas A&M media relations office several times by phone and by email. None of the parties that were asked to comment on this story did so.

One slide provided to Campus Reform states that “American racism is inherited, brought over by immigrants, and reinforced by religious belief." Another asserts, “Conservative movements around the world, religious or not, tend to resist and their anguish is frequently used by demagogues."

Another slide proclaims, “The American democracy is still plagued by the protection of the whiteness boundaries. During centuries American WASPs (White, Anglo-Saxon Protestants) tried to keep Irish, Germans, Greeks, Italians, Eastern Europeans, Jews, and Catholics out of the white race.” Yet another contains a map  based on a study showing that Americans, largely, do not discriminate against their neighbors with a caption stating that the map “does not account for polite racists.”

Referring to the United Kingdom, another slide read,“ As in every other country and region of the world, the lower classes are ignorant, xenophobic, and violent.” Another stated, “Lately, white supremacists – almost exclusively uneducated country people – developed a love for once reviled Russia, because economic depression, misery, violence and corruption kept western Russian white."

Castro described religion as a “neurological defect" and "magic thinking” in his previous Facebook posts, as Campus Reform previously reported. During his in-class lectures, Castro allegedly echoed these anti-religion sentiments. Lecture slides provided to Campus Reform show that Castro described faith as something that “inspires people to do what they think is right: impose God’s will, expressed in God’s laws, on the rest of us” and religion as ”what keeps the poor from murdering the rich.”

A later slide cited Friedrich Nietzsche’s famous quote, “A casual stroll through the lunatic asylum shows that faith does not prove anything.”

Castro doubled down on his critique of religion when he claimed, according to the slides, which state, “All major world religions have inspired more wars, massacres and ethnic cleansings than we can count” and “religion is divisive and has been the basis for ethnic cleansing.”

“Organized religions have to worry about money and power. The larger they are, the closer to power they must be,” one slide stated.

According to other slides obtained by Campus Reform,  Castro extensively quoted the Bible, particularly passages related to money and possessions. After quoting Matthew 16:24, in which Jesus tells his disciples to "deny himself" and "take up his cross daily," Castro allegedly highlighted "deny himself" and noted below it  that to "deny oneself is to disown oneself as the center of one's existence."

Joel Rebollar, a senior at Texas A&M who took one of Castro’s classes, said these slides were used to “attack the Catholic Church.”

Brendan Cassell, a Catholic senior at Texas A&M told Campus Reform that he “found it disgusting that a university professor can get away with teaching conspiracy theory’s [sic] and falsehoods about the Catholic church in his courses.”

“He shows a complete lack of knowledge on Catholic catechist and that he is more concerned with his personal vendetta against the Catholic church than teaching anthropology,” Cassell said.

Castro is also not reticent in sharing certain political views in class, either, according to these slides.

Referring to Brexit, Castro allegedly wrote on one slide that the movement was “largely based on racist rhetoric," and drew an arrow to a pictured Boris Johnson labeling him the “Brexit idiot.”

Cole Charvat, a senior at Texas A&M, took Castro’s class and told Campus Reform about the discussions he remembers most.

“On the first day I was in class, I counted seven times that either President Trump or Republicans were referred to as ‘white supremacists’ or ‘racists,’” he said.

“Additionally, House Speaker McCarthy, Tucker Carlson, Sean Hannity, President Trump, and other Republicans were placed on a slide right next to the nazi logo and other disgusting messages to imply that these people were fascists just as the nazis were and he even referred to them as such,” Charvat claimed.

Charvat was alarmed by Castro’s depiction of economic systems and charity, telling Campus Reform that Castro discussed “how much capitalism and one political party, aka republicans, ‘hated poor people’ whereas democrats were deemed to ‘help poor people.’”

“What really threw me off is the contrast in his tone when speaking about Karl Marx and socialism being, ‘a great cause not implemented correctly,’ The millions slaughtered throughout history in the name of socialism’s idea of perfect equality were never mentioned,” Charvat continued.

Charvat said he attempted to introduce his worldview of creationism during a lecture on the Big Bang Theory. Castro allegedly dismissed this interjection by saying “Haha, you Christians and your faith” in front of the whole class.

Andrew Hoelscher, another student who took "Peoples and Cultures of the World" with Charvat, told Campus Reform that Castro made these comments in the classroom.

Charvat said he reported Castro’s behavior to his academic advisor, but that “not much changed.”

“He would ask if anyone had any rebuttals more so than he previously did, but the subliminal messaging and information expressed did not change,” Charvat said.

“Ultimately, I felt he was misusing his power as a professor to attempt to push students towards the extreme left side of politics,” Jon Rothlander, another student who took Castro's class told Campus Reform.

For nearly one week, Campus Reform repeatedly called and emailed Castro, the school's anthropology department, and the school's media relations office. None of the aforementioned parties responded to a request for comment in time for publication.