UPDATE: Krug "has resigned her position," a university spokesperson said.

Though she was raised in the suburbs of Kansas City, she claimed identification with black experiences in North Africa, the Caribbean, and the Bronx.

A professor confessed to falsely claiming to be Black for years. 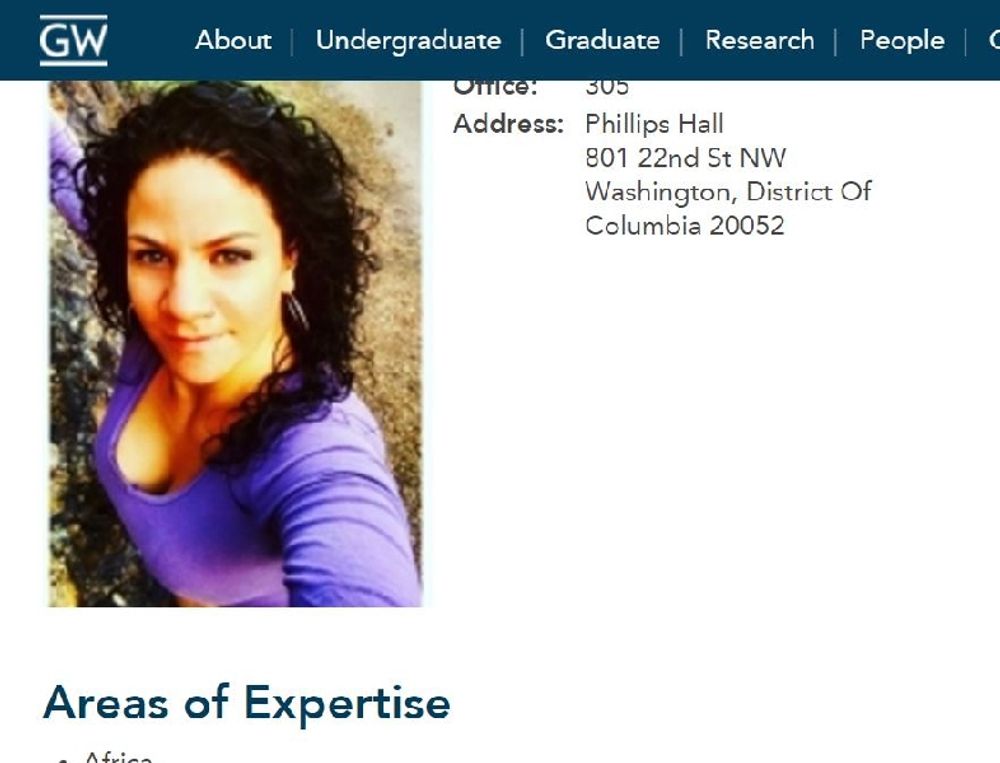 UPDATE: A spokesperson for GWU said in an email to Campus Reform that Krug, the faculty member who admitted to lying about her race, "has resigned her position."

An African history professor at George Washington University admitted that she has lied about being Black for years.

In an article posted to Medium, titled “The Truth, and the Anti-Black Violence of My Lies,” Jessica Krug said that her career “has been rooted in the napalm toxic soil of lies.” She explained that, although she was raised in the suburbs of Kansas City as a White Jewish child, she at various points has claimed various Black “identities,” including “North African Blackness, then U.S. rooted Blackness, then Caribbean rooted Bronx Blackness.”

“People have fought together with me and have fought for me, and my continued appropriation of a Black Caribbean identity is not only, in the starkest terms, wrong — unethical, immoral, anti-Black, colonial — but it means that every step I’ve taken has gaslighted those whom I love,” Krug explained.

Throughout the article, she repeated the mantra “I am a coward,” lamenting the fact that she had not told the truth about her race earlier. Although she said she believes in “restorative justice, where possible,” she asked readers to “cancel” her.

Many — including Ijeoma Oluo, the author of the bestselling racism book So You Want To Talk About Race — condemned Krug on social media.

We absolutely must talk about the role that colorism plays in this issue that continues to happen and do real harm to Black people and to anti-racism work and race studies https://t.co/gZywtCHQZM

George Washington University spokeswoman Crystal Nosal told Campus Reform that the university is “aware of the post and are looking into the situation" although it "cannot comment  further on personnel matters."

Later in the evening Friday, Provost M. Brian Blake issued a statement confirming that “Dr. Krug will not be teaching her classes this semester.”

As the university investigates the situation and works to find solutions for students currently enrolled in Krug’s courses, administrators “acknowledge the pain this situation has caused for many in our community and recognize that many students, faculty, staff and alumni are hurting.” Affected students were encouraged to contact the Counseling and Psychological Services office.

A George Washington University student, who had Krug as a professor and requested to remain anonymous, told Campus Reform that Krug “often brought up her connection to the Caribbean being of Puerto Rican descent… [and] showed videos of Black artists and celebrations of Black culture. Krug “definitely made it clear that she had a personal connection to Black culture.”

The student also said that “the class was really uninformative and honestly kind of weird because it seemed we could never get off the subject [of Black identity].” Krug had a “woker than thou” attitude on social issues, and also “boasted about speaking many languages, some of them indigenous African languages.”

The student said that Krug was the “worst prof I ever had.”