Chicago is experiencing its largest crime wave in six decades.

A student at Loyola University in Chicago organized a Black Lives Matter protest, where students called for the school to cut ties with the Chicago Police Department. 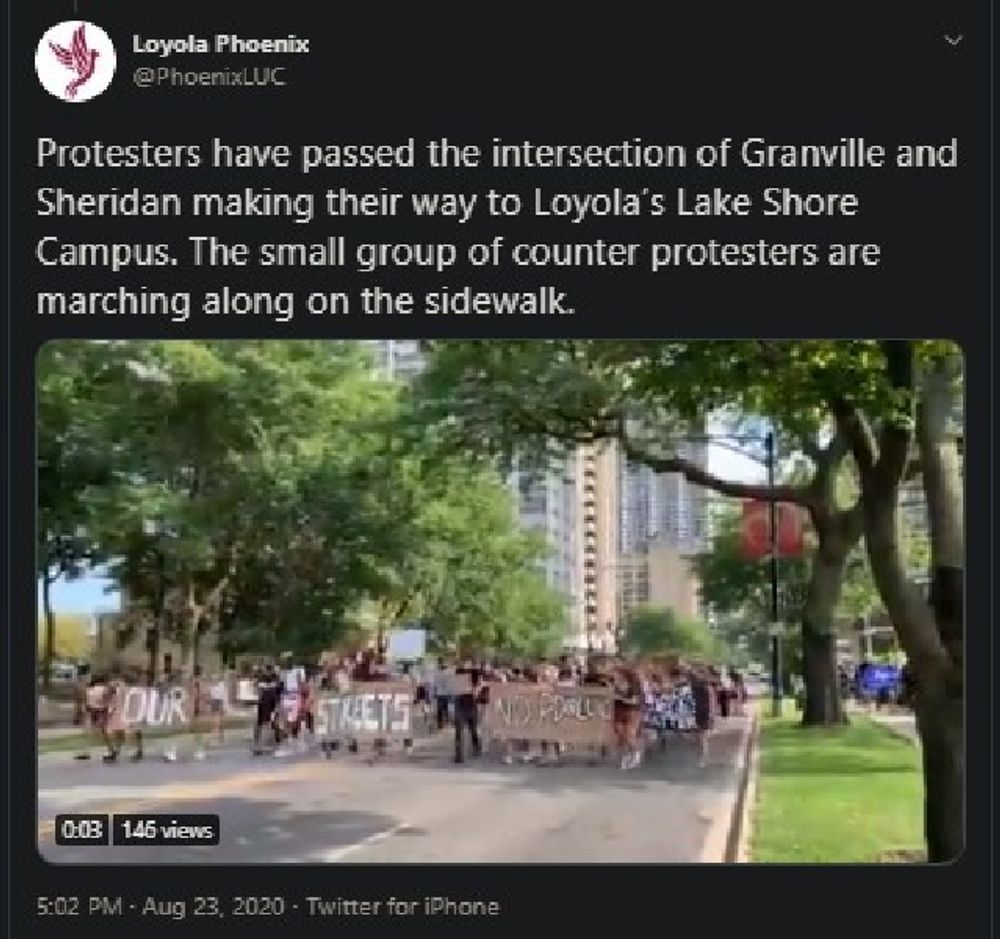 Students at Loyola University in Chicago protested the school’s ties with the Chicago Police Department.

Loyola sophomore Dorien Perry-Tillmon organized the protest by circulating a flyer on social media. He told The Phoenix that he “[doesn’t] like going to a school that funds police.”

On August 21, roughly 200 students moved across campus, bearing signs with slogans such as “Our Streets, No PD@LUC” and “F**k the CPD,” according to The Phoenix.

Protesters have passed the intersection of Granville and Sheridan making their way to Loyola’s Lake Shore Campus. The small group of counter protesters are marching along on the sidewalk. pic.twitter.com/C3HblnV9V5

The protesters eventually blocked a major intersection and brought traffic to a standstill, chalking “Black Lives Matter” in the middle of the road.

Students are taking a break, offering snacks and water. Others are writing out “Black Lives Matter” in chalk on the intersection. pic.twitter.com/gBs8NUbxEl

During the weekend before these protests, seven people were killed and 57 were wounded by gunfire across Chicago.

Among the wounded were six teenagers and a 12-year-old boy.

In early June, Chicago experienced its deadliest weekend in six decades. Eighteen people, including a high school student and a college freshman, were murdered in a period of just 24 hours.

[RELATED: Faculty, students across US hold ‘die-ins’ to protest return to campus]

She described calls to sever all ties with Chicago police “not practical,” yet explained that “Loyola is interested in learning more about the various reform proposals brought forth which are aimed at deepening trust and safety across all communities and neighborhoods.”