10 most extreme examples of anti-American sentiment at US colleges, and how Trump's 1776 Commission could reverse it 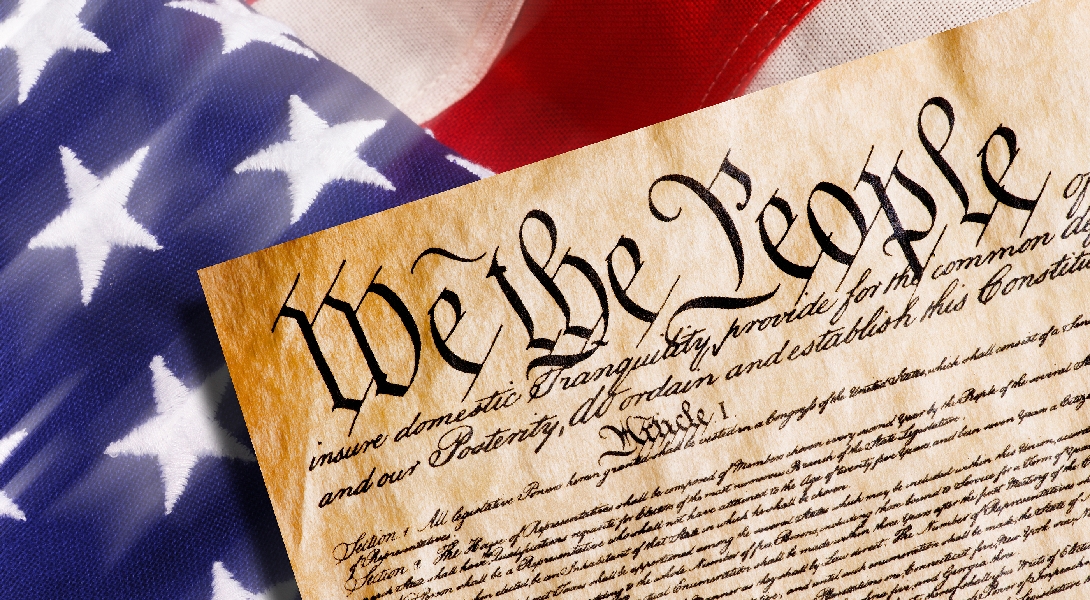 During a Constitution Day address on Thursday, President Donald Trump announced the creation of the 1776 commission, seeking, “to promote patriotic education.” The president wanted to “encourage our educators to teach our children about the miracle of American history.”

National Association of Scholars President Peter Wood spoke with Campus Reform about the importance of the commission. He called the 1776 commission a welcome, “push-back against the New York Times' '1619 Project' and other propagandistic efforts to undermine the teaching of accurate American history in our schools and colleges.”

“our political liberty and economic prosperity are rooted in the American Founding, and that these achievements can easily be lost if we fail to teach that history and the values expressed in that history to every new generation.”

Wood stressed the importance of accurate teaching of American History, arguing that, “our political liberty and economic prosperity are rooted in the American Founding, and that these achievements can easily be lost if we fail to teach that history and the values expressed in that history to every new generation.”

When asked if there were any specific ideas the commission should include, Wood said, “the rise of slavery beginning in the late 17th century in the colonies, and the opposition to slavery beginning soon after should be taught, along with the increasing prominence in the 18th century of ideals of universal rights.”

Wood said if he had a chance to speak to all Americans, “I would want to refresh people's memories about two things:  first, the attempt in the early 1990s to draft a U.S. history curriculum, under the direction of the historian Gary Nash, and second, the attempt by the College Board in 2014 to impose new Advanced Placement U.S. History Standards.”

Wood condemned these new curricula saying, “In both cases, these efforts were essentially captured by academics who harbored deep biases against traditional American values and who ended up presenting 'narratives' aimed at persuading American schoolchildren to disdain their own country.  The new Commission is needed in no small part because of the destructive legacy of these earlier to capture the teaching of U.S. History for the political goals of factions that truly disdain our country.”

Campus Reform has reported for years on the anti-American sentiment that has become prevalent on college campuses.

Compiled here are some examples of this sentiment, held by students and educators alike.

A litany of professors used America’s birthday celebrations as a time to bash her.

“Americans do not even seem to believe Black people even deserve the right to pursue happiness," was the interpretation of Nikki Taylor, the head of Howard University's history department.

2. Shocking number of young Americans say other countries are better

Almost half of young Democrats would argue that other countries are better than the United States; barely 20 percent of Republicans in the same age range agreed.

After the death of George Floyd, colleges all around America have decried America as a flawed and racist nation. One particularly notable example is the Chancellor of the University of California – Santa Cruz. Chancellor Cynthia Larive said that America was full of, “white supremacist systems.”  Then UC system president Janet Napolitano condemned the “racism that has plagued this country...”

In a class intended to teach “the major themes and issues in Asian American religious history, belief, and practice,” a UCSB professor spoke instead on the “error of American Exceptionalism.” One student said the professor, "used his claim of this being ‘important context’ as an excuse to bash America and push Marxist propaganda.”

[RELATED: Prof: The concept of American exceptionalism is ‘absurd’]

While Hong Kong protestors held up the American flag as a symbol of freedom, hope, and democracy, college students called the flag, “deeply problematic.” Another student argued that “We’ve always been portrayed as kind of this idealistic democratic society and it’s just not true.”

In 2014, just thirteen years after 9/11, a Wyoming student argued that “We, the United States of America, need to get over it.” He stated that “Contrary to popular belief, America is not the best country in the world,” therefore public displays of patriotism are, “downright disgusting.”

7. Students say they’re not proud to be American

After a Gallup poll in 2018 said that young Americans were less patriotic, Campus Reform sent Cabot Phillips to speak with students at New York University. One student said, “I’m not proud of America. I’m not proud of what we’ve done.” Another simply said, “Definitely not.”

Ithaca College professor Stephen Mosher wrote an op-ed arguing against the use of God Bless America at sporting events. The complaint primarily seems targeted at his belief that, “expressions of hyper-patriotism took hold” in the wake of 9/11 and that the “warmongering song ‘God Bless America’” has become a sort of second, unofficial anthem.

9.  Syracuse U: U.S. Constitution is 'exclusionary' to some students

A conservative group at Syracuse University was denied in 2019 after the school claimed that the U.S. Constitution, which the group asks members to sign a statement in support of, is "exclusionary."

"[R]equiring students to agree in the superiority of the U.S. Constitution is exclusionary to international students and other individuals," the school said in an email.

10. Harvard students claim America is a bigger threat than ISIS

In 2014, during the rise of ISIS, Harvard students argued that, for the world, America was a larger threat than ISIS.

An extremist group that was known for its public and broadcast executions of American journalist James Foley and other acts of terror, ISIS seeks to create a worldwide Islamic state governed by Sharia law.