In honor of 100 years of women’s suffrage, a UCLA professor has partnered with a progressive liberal PAC to mobilize young voters on Election Day through a voter registration site billed as nonpartisan.

Kathleen McHugh, a professor at UCLA’s School of Theater, Film & Television, recently launched a website aimed at encouraging millennials and Gen Z to cast their ballots on November 3. Working alongside Susan Epstein Garcia of the New World School of the Arts and Eleanor Barr, a Los Angeles-based attorney, McHugh created “100 for the 100th” to “recast or override the partisanship” she saw in the aftermath of the 2018 election. On its website, UCLA promoted the 100 for the 100th as "non-partisan."

The website, which includes tools to register to vote, request an absentee ballot, vote overseas, and inquire about restoring voting rights if convicted of a felony, is aimed especially at those between the ages of 18-29.

“Only 43% of this demographic voted in the 2016 election,” Barr added, “which is significantly lower than any other age demographic.”

[RELATED: Universities are 'all in' to encourage students to vote despite going remote]

“I’m sending [100 for the 100th] out to my nieces, and to other people who are younger than me, as well as to all my friends and to all the organizations committed to voting, such as the League of Women Voters. We need to see more civic engagement from young people of all political persuasions; there needs to be a significant uptick in the percentages of people who vote across all eligible ages,” McHugh continued.

However, while McHugh claims that her organization is nonpartisan, 100 for the 100th is "sister organizations" with Nextgen America, a liberal PAC founded to elect Democrats to every level of government, and which has endorsed Joe Biden.

NextGen, which was founded by former billionaire Democrat presidential candidate Tom Steyer, actively campaigns for Democrat politicians and policies on social media. The organization has published YouTube videos entitled “Republicans don’t want you to vote”  and “Defund the Police.” In its 2018 Mother’s Day video, NextGen depicted Republicans saying “Go back to where you came from," assaulting minors, holding signs emblazoned with the slogan “Baby Killer," yelling at women, and carrying torches.

NextGen is currently focusing its political actions on states such as Arizona, Florida, Maine, and North Carolina. The organization states that it is particularly targeting GOP senators Martha McSally, Susan Collins, and Thom Tillis for removal from office. In the past, NextGen lobbied for Florida Democrats Andrew Gillum and Bill Nelson for governor and Senate, respectively.

NextGen also recently stated that “The Republican agenda is anti-Black” on its Instagram page. In a September 1 post, it tweeted “[President] Trump spent the weekend making a mockery of the shooting of Jacob Blake and encouraging white supremacist violence.”

The post concluded with “We absolutely NEED to vote Trump out.”

On its website, 100 for the 100th does not state the activities NextGen participates in with regard to its voter registration.

When contacted for comment, McHugh simply stated “We designed [100 for the 100th] to speak for itself.” 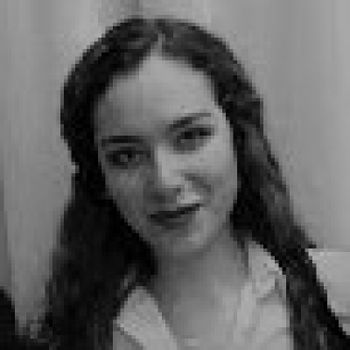