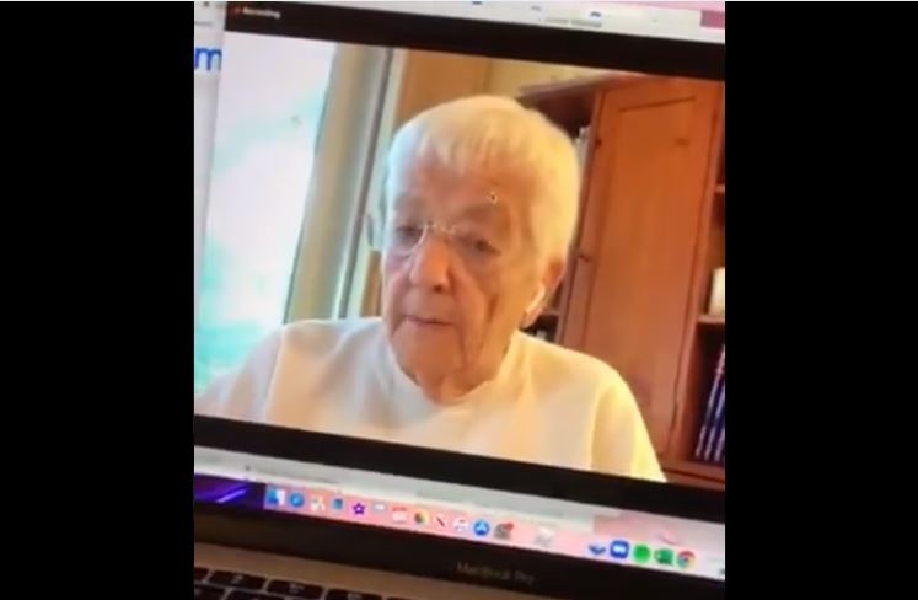 “These are the types of things that are just absolutely insane for anyone to even allege or say, but the fact that this was an SGA-sponsored event makes it even more damning"

The webinar, titled “A Conversation with Jane Elliott Focusing on Power, Perception and Prejudice,” took place Wednesday evening. At least 15 to 20 percent of members of each UA student organizations were required to receive a diversity, equity, and inclusion certification from SGA.

[RELATED: A look inside a mandatory 'anti-racism' course]

Here’s one clip, with her most mild commentary of the night.

How such a one-sided presentation could be sponsored by a public university baffles me. pic.twitter.com/yptePzHMfI

Pearson told Campus Reform that Elliott also “called the President a Nazi,” additionally describing the Trump presidency as “akin to Nazi Germany.”  Elliott also claimed that Trump slept with Hitler’s “speeches and manuscripts” as he went to bed, Pearson claimed.

Campus Reform could not independently confirm those claims.

“These are the types of things that are just absolutely insane for anyone to even allege or say, but the fact that this was an SGA-sponsored event makes it even more damning,” Pearson said.

In a joint statement from two UA conservative groups, Young Americans for Freedom and College Republicans, the organizations said, "diversity, equity, and inclusion are all important values for any healthy campus community, and the UACRs and and UAYAF support them wholeheartedly, but Wednesday's training made clear that, according to an SGA-sanctioned speaker, these values do not apply to conservative students at UA. By mandating Wednesday night's training and thereby endorsing intolerance against conservative, Republican, and religious students on our campus, the University of Alabama DEI showed that it does not fully embrace its own values."

The SGA told Campus Reform that “Through our extensive calendar of programming, the University and Student Government Association provide opportunities for diverse opinions and perspectives to be shared and discussed. Participation is voluntary.”

However, one SGA member who spoke with Campus Reform on the condition of anonymity said that “they are playing a clever game of technicalities.” While students were not forced to attend, “several organizations require that their members be DEI certified, meaning they had to attend this meeting to participate in activities.”

The University of Alabama and Elliott did not respond in time for publication.