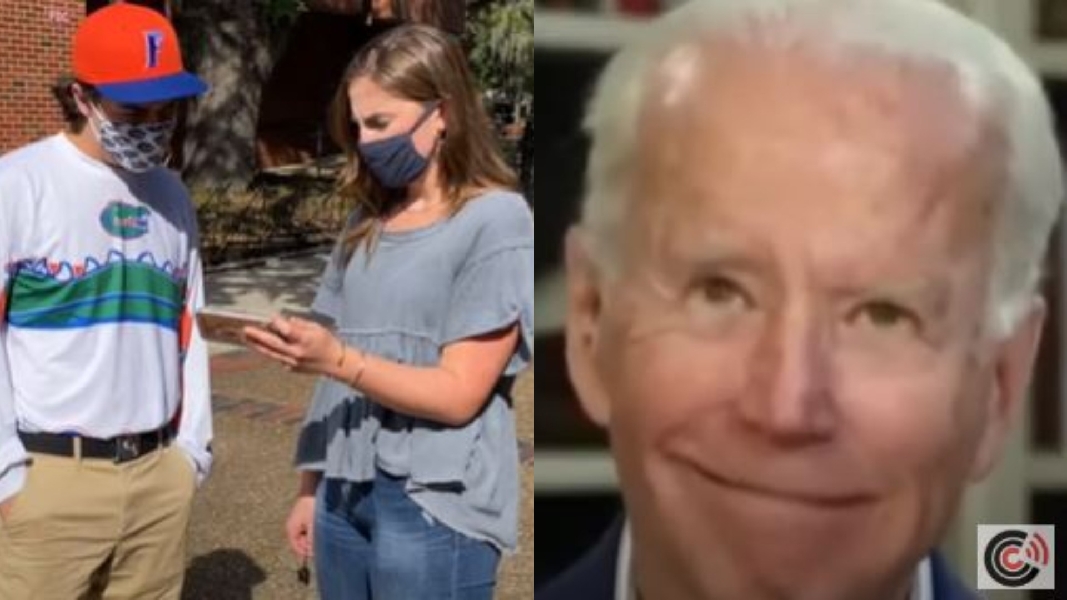 Ahead of the showdown, Trump and his campaign have ramped up their claims that Biden is suffering from “cognitive decline,” using television ads and tweets to highlight some of Biden’s more recent gaffes, suggesting his advanced age has led to diminished mental capabilities.

Wanting to know what college students thought of the topic, Campus Reform interviewed students at the University of Florida.

While students initially expressed near-universal confidence in Biden’s cognitive capabilities ahead of the debate, those sentiments began to waver after seeing footage of Biden's recent speaking engagements and gaffes.

“That was kind of brutal,” said one student, while another added, “I’m not surprised, cause he is gonna be 80+ soon…”

“I thought the video was funny, I felt like Biden didn’t know what he was saying at all," one student said.

One surprised student went so far as to say “Based on that video, I would say no, he shouldn’t be leading the country.”

Did any students still remain confident in Biden’s abilities after watching the footage?