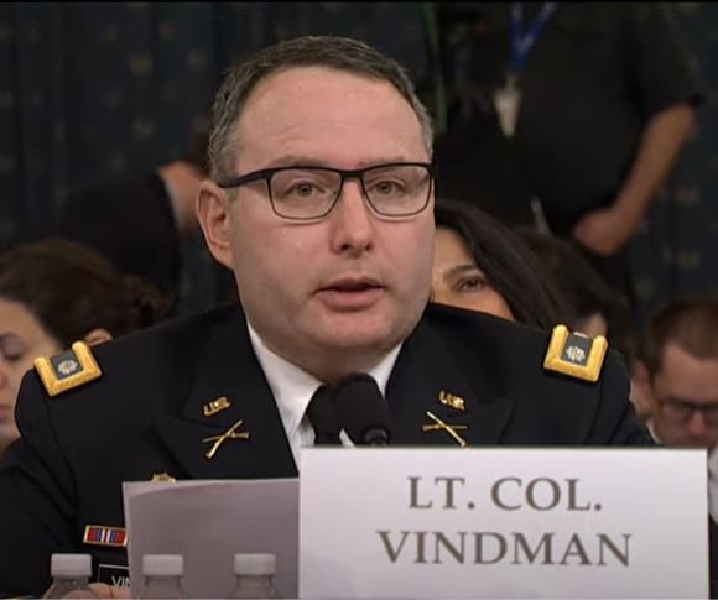 Former Lt. Col. Alexander Vindman, one of the main impeachment witnesses against President Donald Trump, will serve as a visiting fellow at the University of Pennsylvania’s Perry World House.

Perry World House exists “to bring the academic knowledge of the University of Pennsylvania to bear on some of the world’s most pressing global policy challenges.” Perry World House fellows interact with the Penn community via lectures, office hours, workshops, and other events.

Vindman rose from relative obscurity after he testified in the House about Trump’s phone call with Ukrainian President Volodymyr Zelensky, which he called “improper.” After Trump was acquitted, he relieved Vindman of his post in the National Security Council.

In July, Vindman retired from military service after an alleged “campaign of bullying, intimidation, and retaliation by President Trump and his allies.”

According to The Federalist's Mollie Hemmingway and the Washington Examiner’s Byron York’s book, Obsession: Inside the Washington Establishment’s Never-Ending War on Trump, which identifies Vindman as the driving force behind the impeachment proceedings, Vindman was the only person on the National Security Council to listen in on the Ukraine call and express concern about it.

During the impeachment trials, Vindman admitted to leaking information about the Ukraine phone call to two people, one of whom he said worked at the State Department and the other of whom he said worked within the U.S. intelligence community. Vindman offered the name of the first individual but did not disclose the name of the second, which Republicans during the impeachment hearing suspected was the whistleblower.

In an interview with The Atlantic Editor-In-Chief Jeffrey Goldberg, Vindman expressed criticism of Trump, calling him Vladimir Putin’s “useful idiot.”

Professors at the University of Pennsylvania’s Wharton School — President Trump’s alma mater — recently made headlines for trying to launch an investigation into Trump’s admission to the university. The professors cited a claim in Too Much and Never Enough — a recent book written by Trump’s niece, Mary Trump — that President Trump paid someone to take the SAT on his behalf.

The university declined the professors’ request to investigate, stating that “this situation occurred too far in the past to make a useful or probative factual inquiry possible," as Campus Reform previously reported.