Colleges across the U.S. are creating specific diversity-focused book clubs where they dive into a variety of race-based material.

Meanwhile, other school book clubs have chosen to devote their next reading to a book centered on race. 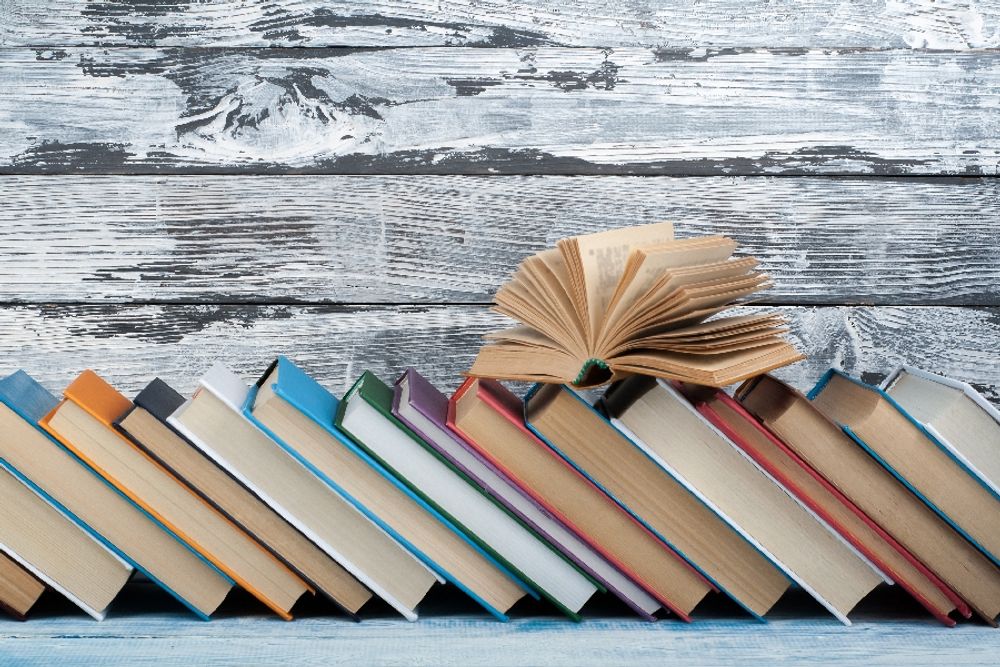 Colleges across the country have seen an uptick in book clubs focusing their readings and discussions on racism.

Some schools have created specific diversity-focused book clubs where they dive through a variety of books, while other school book clubs have chosen to devote their next reading to race-based material.

The trend comes amid a rise in critical race theory courses at college campuses, some of which are becoming mandatory.

Campus Reform has rounded up examples of these diversity-focused book club initiatives across the country.

The group outlines one of its goals as educating themselves on “ways that those with white privilege” can engage in discussions regarding racism in and outside of the classroom." One of the groups’ expectations is to “work to address white silence, white fragility, and white violence.” Some readings include Stamped From the Beginning. The Definitive History of Racist Ideas in America by Boston University Center for Anti-Racist Research Director Ibram X. Kendi and On Being Included: Racism and Diversity in Institutional Life by Sara Ahmed.

2) “Being white and anti-racist: A book club for change” at the University of Minnesota

This club asks students to join to discuss “what it means to be white and antiracist in the United States.” Books on the reading list include A Good Time for the Truth: Race in Minnesota by Sun Yung Shin and White Fragility by Robin Diangelo. Students are joined by University of Minnesota Leadership and Civic Engagement educators.

3) “Examining Whiteness Reading Group" at the University of Colorado- Boulder

The group’s page, though not listing any specific readings, mentions it will discuss various chapters, poems, and essays “that provoke dialogue.” However, the website does note that discussions will focus on contrasting experiences of White people and people of color on campus. Groups are already filled until Spring 2021.

The group is currently reading the book Black Dignity in a World Made for Whiteness by Austin Channing Brown. So far at their meetings, they discussed racial considerations regarding them and their children’s names. In addition, they talked about what diversity or “the lack of it” was like in their childhood.

5) “Diversity Book Club” at the University of Massachusetts Amherst

On the clubs’ reading list are How to be an Anti-Racist by Ibram X. Kendi, The Possessive Investment in Whiteness by George Lipsitz, and Things That Make White People Uncomfortable by Michael Bennett. The group’s page also includes other diversity resources, including articles like "White People: I Don’t Want You To Understand Me Better, I Want You To Understand Yourselves” and podcasts such as “Seeing White.”

This club was established “to explore social justice following acts of racial violence across the nation this year,” according to the school’s website. The club chose to focus on Hispanic culture, with members reading Redeeming La Raza: Transborder Modernity, Race, Respectability, and Rights by one of the school’s professors, Gabriela González.

The club was sponsored by the school libraries and Multicultural Student Center.

The school’s book club has chosen to dive into My Time Among The Whites, a collection of essays on feeling like an “accidental” American.” The book was written by Jennine Capó Crucet, the daughter of Cuban refugees, who explains she felt excluded from parts of the “theoretical American Dream,” even though her family attempted to “fit in with white American culture.”

The book by author Ijeoma Oluo walks readers through “power, privilege, intersectionality, cultural appropriation, microaggressions, tone policing, and more.” According to the school’s website, this workshop is facilitated by the Office of Human Resources.

9) Me and White Supremacy at Southern Illinois University

Readers will work through a “set of challenges” that author Layla Saad lays out in her book Me and White Supremacy: Combat Racism, Change the World, and Become a Good Ancestor that includes over 28 days of activities. According to the school's website, the challenges are “aimed at helping White people to better understand White supremacy and how to take responsibility for disrupting and dismantling it.”

The discussions are centered around the book Waking Up White and Finding Myself in the Story of Race with the goal of helping to combat racial disparities. The synopsis of the book, written by Debbie Irving, states, “As Irving unpacks her own long-held beliefs about colorblindness, being a good person, and wanting to help people of color, she reveals how each of these well-intentioned mindsets actually perpetuated her ill-conceived ideas about race.”

The series is co-sponsored by a handful of the school’s offices including the Psychiatry Department and Human Resources.