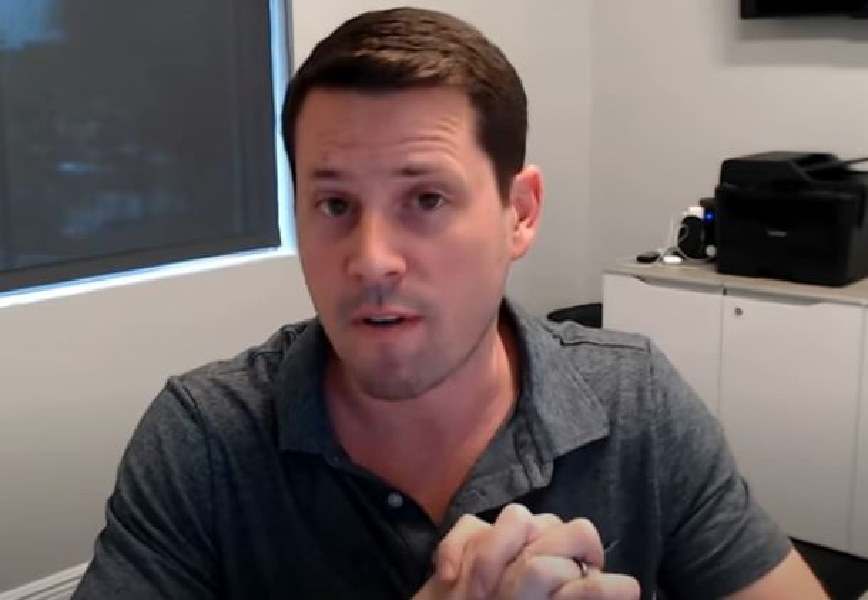 Palm Beach Atlantic University disinvited alumnus Seth Dillon — the CEO of Christian satire outlet The Babylon Bee — from participating in a speaking event and interview at its chapel, instead changing the location to the school’s library.

The university had scheduled Dillon to participate in an interview at its chapel on the morning of September 30. However, PBA community members reached out to the university with concerns about Dillon speaking in chapel, explaining that it represents a “sacred space.”

“I'm just too dangerous and divisive to be permitted to speak on the campus of my alma mater. Since when do you have to support terrorist organizations that use violence and intimidation to advance their agenda to be welcome on a Christian campus?”

[RELATED: Some students are daring to stand up to cancel culture]

Quoting his assertion that Black Lives Matter is a terrorist organization, a PBA student said that “this should be enough to not welcome @SethDillon to our campus. Not to mention that every LGBTQ student has been disrespected and degraded by his content.”

“Cancel culture has come for me,” said Dillon, who posted screenshots of people contacting PBA to speak out against him. “I'm just too dangerous and divisive to be permitted to speak on the campus of my alma mater. Since when do you have to support terrorist organizations that use violence and intimidation to advance their agenda to be welcome on a Christian campus?”

This should be enough reason to not welcome @SethDillon to our campus. Not to mention that every LGBTQ student has been disrespected and degraded by his content. https://t.co/axIFG10yaz

After the social media uproar began, PBA Director of Alumni Relations Steve Eshelman emailed Dillon, asking to eliminate the previously scheduled five minutes of freestyle speaking at the beginning of the event.

A few hours later, Dillon posted on Twitter that he was officially disinvited from speaking at the chapel. He told Campus Reform that he was scheduled to speak on the morning of September 30, yet was notified on the afternoon of September 29 that he would no longer be speaking in the chapel. Instead, the university asked him to speak in the school’s library.

“After I was slandered by @IsomRig and others as a racist — and a cancel mob inundated the school with emails — @PBAUniversity decided they didn’t want me to appear in chapel since that is a ‘sacred place,’” he explained.

After I was slandered by @IsomRig and others as a racist—and a cancel mob inundated the school with emails—@PBAUniversity decided they didn’t want me to appear in chapel since that is a “sacred place.” I’m disappointed, too, Jessica. And I’ll have more to say about this. https://t.co/sltiNWvdGO

In an email forwarded to Dillon by a faculty member, PBA Executive Vice President for Advancement Laura Bishop echoed the same “sacred space” justification as the students on Twitter.

“We anticipated that an honest conversation like this could become passionate, and that emotions may run high,” explained Bishop. “We did not want to compromise the sacredness of a chapel gathering, and, after heated exchanges on social media, it was decided that the Lassiter Rotunda of the Warren Library would be a more suitable venue for Mr. Dillon.”

Dillon told Campus Reform that the questions in the interview were meant to be “lighthearted.” The list of questions focused on his experience as an alumnus and a Christian media entrepreneur.

One question asked, “Did you have a favorite professor?” Another said, “Humor can be a really subjective thing. Are there any [Babylon Bee] posts that you didn’t think were great that got a huge response, or vice versa?”

“The assumption that I would bring a Twitter discussion into chapel and stray from the subject matter I agreed to discuss was pretty uncharitable,” he explained. “It seemed to me that it was an excuse… what they wanted to do was cancel me without canceling me and appease everyone involved.”

Dillon explained that “Bishop would not explicitly tell me what I'd said or done that made my presence in the chapel suddenly inappropriate. I told her that if I'm not welcome in their chapel, then I don't feel welcome on their campus.”

[RELATED: 'This is about power': Cabot Phillips on 'cancel culture' in education]

Many students expressed disappointment that Dillon would no longer be speaking at chapel.

Really disappointed @PBAUniversity changed our chapel at the last minute. I know a lot of people were looking forward to hearing @SethDillon

Dillon said that he is a graduate of Palm Beach Atlantic University, which he attended from 2000 to 2004. He is a “Christian running a successful Christian media company” and “currently employs 10 Palm Beach Atlantic graduates” on a full-time basis. He also told Campus Reform that he recently donated $300,000 in seed funding to launch a new master's program at the university.

Campus Reform asked Dillon what it would take for him to donate to Palm Beach Atlantic University in the future. He answered that “If the university were to boldly and openly engage in the battle against cancel culture and take a clear stand against it, and back up people like me to the mob instead of doing exactly what the mob wanted them to do… then I wouldn’t have any qualms about donating to them in the future.”

In a meeting with Dillon, Laura Bishop and PBA President Debra Schwinn apologized and said that they wanted to rectify the situation. According to Dillon, Schwinn said that the university would look for opportunities to eventually have him back in the chapel.

Dillon has not committed to this; he would still like to see the university “take a strong, public stand against cancel culture.” However, Dillon believes that inviting him to the chapel “would send the message that I'm welcome there, and that it would right the wrong of how this was handled.”

“Cancel culture is a destructive disease, and Palm Beach Atlantic University is not immune to it,” said Dillon. “We need more backbone and less coddling in our Christian institutions. And we need it yesterday.”

Campus Reform made contact with Palm Beach Atlantic University and is still awaiting comment; this article will be updated accordingly.