Amy Coney Barrett’s confirmation is underway in the U.S. Senate. 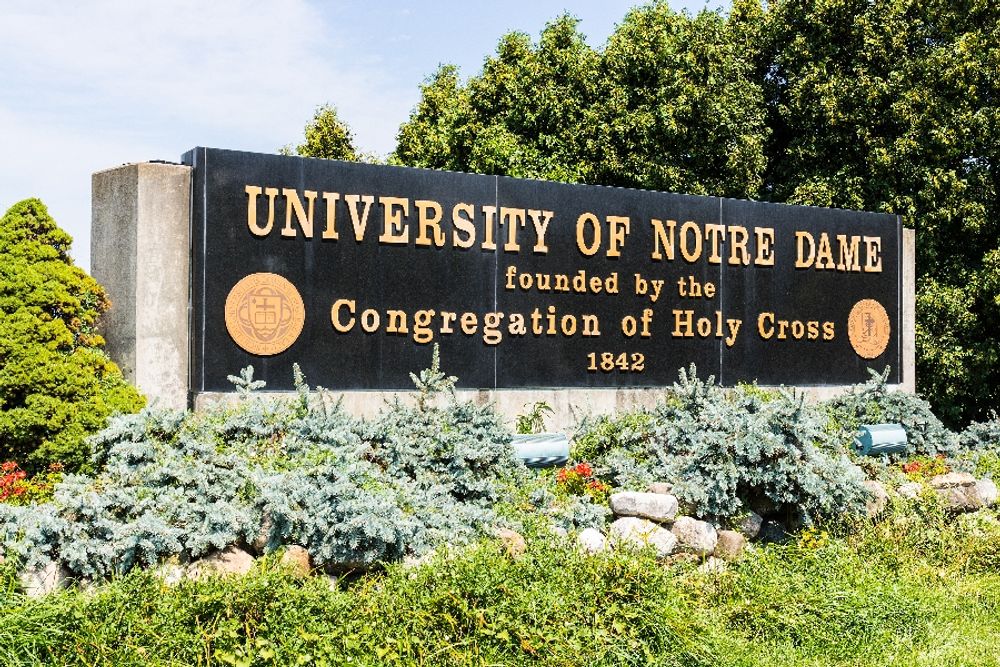 She eventually went on to teach at the Law School beginning in 2002.

Now, Notre Dame staff, students, and alumni are sharing their thoughts on Barrett as the next potential Supreme Court Justice.

“Amy Coney Barrett is hands down the most well-qualified person to replace Justice Ginsburg on the Supreme Court,” one former student of Barrett’s, Laura Wolk, told Campus Reform. “Her brilliance is unmatched, but she is also quite possibly one of the most humble people I have ever met.”

The Notre Dame law alumna, who is now a law clerk for the Supreme Court, continued, “She is the real deal--the entire package of what we should be looking for in a judge."

Yelderman said he met Barrett in 2012 when she recruited him to join the faculty.

He called her a “first-rate legal scholar and jurist” as well as a “wonderful human being.”

“I think she is going to knock it out of the park in every possible way, and she is going to apply the law as it’s written in the constitution,” said Yelderman. “She is a team player, incredibly respectful and dignified, and I think she will add a lot to the court if she is given the opportunity.”

Another current law professor and longtime friend of Barrett’s, Nicole Garnett, wrote an op-ed for USA Today, titled, “I've known Amy Coney Barrett for over 20 years. Her intellect and heart are unrivaled.”

“Her respect among her colleagues and students is reflected in the fact that she has been elected professor of the year three times by the law school’s graduating class and in letters of support for her nomination to the 7th Circuit, including ones signed by all of her full-time faculty colleagues at Notre Dame, all of her fellow Supreme Court clerks, hundreds of former students and dozens of prominent law professors from around the country,” wrote Garnett, who called Barrett a “principled, careful judge.”

In a University news release, President Rev. John I. Jenkins called Barrett “a person of the utmost integrity who, as a jurist, acts first and foremost in accord with the law.” Jenkins was joined by other Notre Dame leadership, including the Law School Dean G. Marcus Cole, at Barrett’s formal appointment ceremony at the White House.

“The same impressive intellect, character and temperament that made Judge Barrett a successful nominee for the U.S. Court of Appeals will serve her and the nation equally well as a Justice of the United States Supreme Court,” said Jenkins.

Despite broad support from her legal colleagues, however, Barrett's nomination has faced criticism from professors at Notre Dame.

Dozens of Notre Dame faculty members signed a letter calling for Barrett to halt her own nomination process, saying that Ginsburg's replacement should be chosen by the winner of the November 3 presidential election. None of the faculty members who signed the letter are law professors.