To justify his stance, he speculated about election fraud carried out by Republicans. 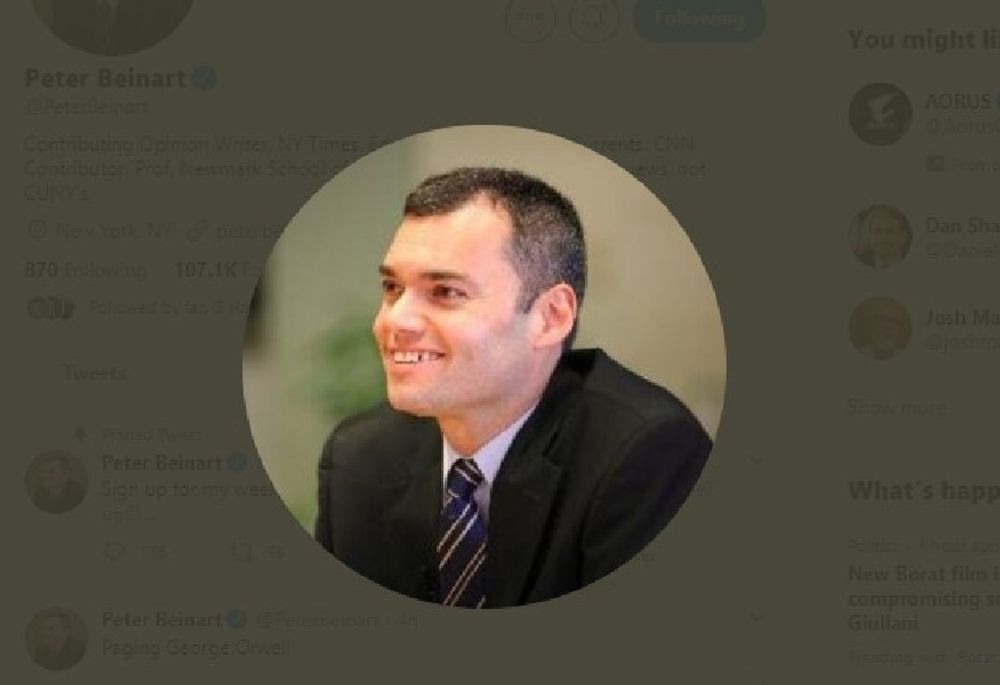 In a New York Times  op-ed, Beinart alleged that the president has “repeatedly suggested that he won’t accept the results of the election, should he lose." Therefore, Beinart proposed, Biden should follow the example of Belarusian opposition leader Svetlana Tikhanovskaya’s example and appeal to the United Nations for assistance.

“For many Americans — raised to see the United States as the natural leader of the ‘free world’ — it may be hard to imagine requesting foreign intervention against tyranny in our own land,” explained Beinart. “But as historians like Gerald Horne and Carol Anderson have detailed, there’s a long history of Black Americans doing exactly that.”

Beinart pointed to an ACLU-endorsed letter to the United Nations earlier this year, which asked the international body to “urgently convene a Special Session on the situation of human rights in the United States in order to respond to the unfolding grave human rights crisis borne out  of the repression of nationwide protests.”

Beinart further asserted that the Democrats “must achieve that margin in the face of a strenuous Republican effort to ensure that many Democratic ballots are not counted.” He says that Trump “may not concede” even if the Democrats manage to win the election fairly.

Although Beinart doubts that appealing to the UN would change the election results, he sees the move as a way to “change the Democratic Party itself,” as many “prominent Democrats remain enthralled by the very myths about American exceptionalism that Black activists have long challenged.”

He said that Democrats “exempt American behavior from the international standards to which they demand other countries comply.”

To prove his point, he cited Biden’s support for the killing of Iranian general Qassim Suleimani, comparing it to a scenario in which China “sent drones into other countries to conduct extrajudicial killings” of government officials.

“Americans are not so inherently virtuous that they can safely disregard the moral discipline that international oversight provides,” he concluded. “Now that Mr. Biden and other white Democrats are tasting disenfranchisement themselves, they need to learn that lesson, too.”

A CUNY student named Gia, who asked that her last name not be published for job searching reasons, told Campus Reform, "To beg the United Nations for help is to question the innumerable successes Trump has singlehandedly made possible in only four years time. The president not only seeks to address the concerns of those who decide to cast a vote in favor of his re-election, but also those who are on the fence regarding which candidate they see best fit to run the country."

"One thing that remains apparent is the hypocrisy that lies in the desire to call upon foreign intervention to aid in domestic unease.  Nonexistent red flags are urges to be imagined on the basis of false claims when in reality, voting fraud is a red flag in and of itself. To suggest that the United Nations intervene in a sovereign country’s administrative decisions would be an incredibly dangerous risk to the impartiality of American elections," Gia added.

Campus Reform reached out to CUNY and Beinart for comment and will update this article accordingly.