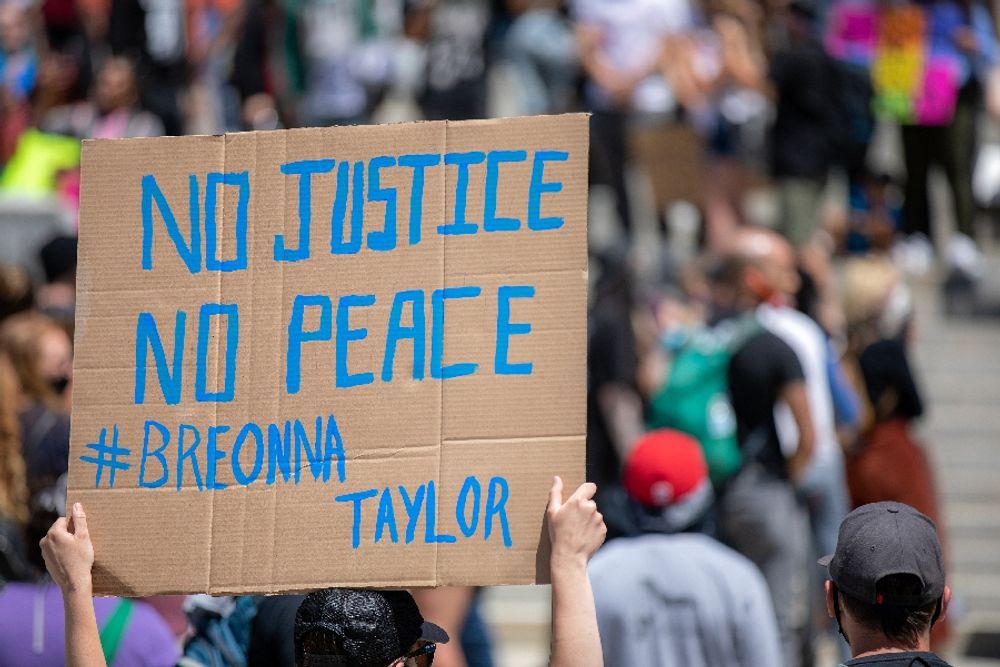 The University of California-Berkeley recently highlighted an argument from a  law professor, asserting that American laws are racist, citing the  "failure" to charge the police officers involved in the Breonna Taylor case in Louisville, Kentucky as proof.

In an article posted on the university news site, African American Studies professor Nikki Jones argued that “If you understand critical race theory of the law, you understand that white supremacy is built into the laws and into the institutions.” She also argued that while the Fourth Amendment is supposed to protect citizens’ rights, it instead protects police at the expense of the citizenry.

Critical Race Theory is defined as “the view that the law and legal institutions are inherently racist and that race itself, instead of being biologically grounded and natural, is a socially constructed concept that is used by white people to further their economic and political interests at the expense of people of color.”

The same article highlighted a comment from Berkeley Law professor Jonathan Simon, who called the situation "a form of state homicide."

This statement followed the Grand Jury decision to not indict three police officers for murder following the death of Breonna Taylor.

Jones argued that “white supremacy is not designed to protect the lives of Black people.” She goes on to suggest, “that lack of protection, and that persistent vulnerability, requires us to imagine other systems that can not only deliver justice, but can reduce harm, and can respond to the harm that’s done in ways that are more restorative.”

George Dent, an emeritus professor of law at Case Western Reserve University, disagreed, telling Campus Reform that "the officers were enforcing a valid warrant” and that “these were not violent criminals but police officers acting legally. Therefore, they were justified in firing back toward [Kenneth] Walker after he first shot at (and hit one of) them.”

Professor Emeritus of Criminal Justice at City University at New York Barry Latzer also told Campus Reform failed to see evidence of systemic racism in the law or institutions. When asked if major changes were needed in the criminal justice system, he argued that, “the system is essentially sound,” but said he would be open to “proposals for reform that do not open the police to nuisance suits and do not discourage proactive policing.”

Breonna Taylor was shot during the serving of a warrant in Louisville. After police entered the apartment, Taylor’s boyfriend, Kenneth Walker, fired at them, believing them to be intruders, and police returned fire. Taylor, who died as a result of the shooting, has fueled many of the Black Lives Matter protests, as well as calls for changes in policing.

Jones did not return Campus Reform's request for comment in time for publication.