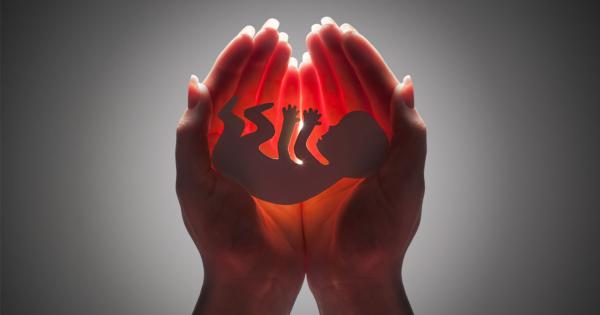 "We’re really just hoping to kind of assuage those fears that a young mother may have and lead her toward some good resources."

Driven by and for students, Pregnant On Campus serves as an alternative resource for students who may not be aware of various pregnancy and parenting resources available on and around their respective campuses.

“It’s a site where pregnant students [can] search for resources that are available for them at their own campuses so they don’t have to choose between their baby and their education,” SFLA Director of Communications Kristina Hernandez told Campus Reform.

The sleek new website will compete with top abortion providers such as Planned Parenthood, which has popularized itself on college campuses in recent years.

Planned Parenthood has promoted its pro-abortion message on campuses nationwide by providing discounted Plan B contraceptives and free condoms, inviting students to attend “reproductive justice training,” and promoting the use of abortion pills at college wellness fairs. According to SFLA, “nearly 80 percent of Planned Parenthood facilities are located within five miles of a college or university.”

“It’s no secret that Planned Parenthood and the abortion industry have some of the best marketing strategies out there as far as targeting young people goes so our goal is to come back with our own so a young girl isn’t just seeing Planned Parenthood advertising toward her and she’s aware that she can do both [continue her education and raise a child],” Beth Rahal, SFLA’s Pregnant On Campus Initiative Coordinator, told Campus Reform in an interview.

“We’re really just hoping to kind of assuage those fears that a young mother may have and lead her toward some good resources,” Rahal said.

Pregnant On Campus enables students at over 530 colleges to locate nearby pregnancy and parenting resources. Each school profile provides emotional, financial, and material resources including but not limited to: peer-to-peer support; off-campus housing; clothing and food assistance; child care; adoption agencies; counseling, available also for post-abortive women; and community or religious organizations.

“Over the past two or so years, we’ve always had girls contacting us trying to find these resources so that’s why we changed the model,” said Rahal. “The new site is geared toward young women or even men who are parents.”

"We live in a culture where women are told to 'get an education' and to 'shatter glass ceilings," Stone said. "But when faced with an unplanned pregnancy the message quickly changes from 'you can have it all' to 'you can't be a mother and a student/successful career woman.'"

"The support is out there, most women just need help knowing where to look," Stone told Campus Reform.