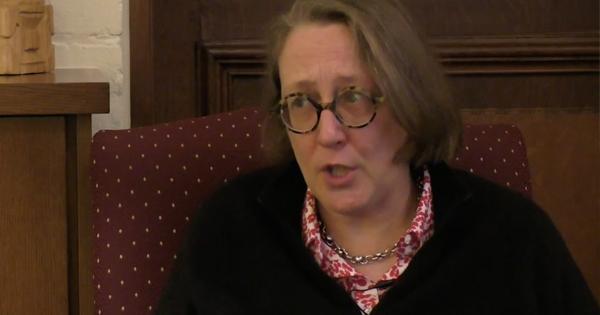 The church needs to focus more on art and less on religion and converting people in an effort to become less “churchy,” according to Stanford University’s Dean for Religious Life, The Very Reverend Dr. Jane Shaw.

“I think people are always slightly surprised that I’m not very churchy as a person,” Shaw told the Palo Alto Weekly in an interview. “I don’t think church is to be more churchy. I think church is about, anyone should be welcome. I’m really interested in how you welcome many different kind of constituencies, certainly not convert them, not even necessarily to do religion all the time.”

Stanford announced that Shaw, 51, was to join the school’s Department of Religious Studies in July as a dean and professor of religious studies, moving to the school from Grace Cathedral in San Francisco. At Grace Cathedral, Shaw was not only the first woman to head the church, but the first openly lesbian dean.

Shaw, hailed as a “champion within the LGBT community” by the Palo Alto Weekly, was a founding member of the Chicago Consultation, a think tank made up of Anglican and Episcopal bishops, clergy, and lay people who support the full inclusion of LGBT people into the church and the worldwide Anglican Communion.

According to the university’s press release, Shaw is to “provide spiritual, religious and ethical leadership to the university community, serve as minister of Memorial Church and also teach undergraduates and graduate students as a professor of religious studies.”

"We are lucky to have found in Jane Shaw both a charismatic leader and an accomplished academic to lead our Office for Religious Life," said Stanford Provost John Etchemendy in a statement. "Dean Shaw is equally committed to the educational mission of the university and the ecumenical mission of Memorial Church."

In her interview with the Palo Alto Weekly, Shaw, who says she leads a “dual life as a scholar and a priest,” announced that she will be teaching a class on empathy in the upcoming semester in an attempt to “almost train ourselves to begin to walk in another’s shoes,” which she called the “great wonder of a liberal arts or humanities education.”

Shaw said that greatest current crisis is “climate change” and as a proponent of “practical religion,” everyone should work to raise awareness of the issue and bring change on a local, national, or global front.

“I think the great crisis of our day is climate change and the environment,” Shaw said in the video interview. “So I rather hope that more people would take that seriously and begin to think and reflect on what they are doing with their own lives and how they can bring some pressure to bear to change things.”

At Grace Cathedral, Shaw said she brought art and public education to the church and hopes to do the same at Memorial Church in Stanford.

In 2013, she joined the Human Rights Watch, an international advocacy group, as a board member.