Diana Stancy Breaking News Reporter for the Washington Examiner @dianastancy on Mar 31, 2015 at 11:46 AM EDT 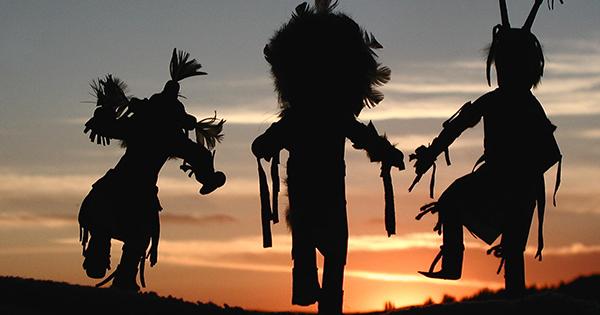 The University of New Mexico’s (UNM) administration will have the final say regarding whether the holiday will be enacted.

"This piece of legislation does just that: it reflects the needs of our students so that they feel represented, recognized and celebrated."

Although the university does not celebrate Columbus Day on any of the academic or cultural calendars, ASUNM is hoping to establish a celebration that reflects the views of the student population toward the events surrounding the beginning of colonization.

“We would like to start the celebration of Indigenous People’s Resistance and Resilience Day to show our school’s understanding and support of all students, and to remember that, even through these events in the past, the indigenous peoples have stood strong in the face of so many hardships,” Jenna Hagengruber, ASUNM’s vice president, said in an email to Campus Reform.

The resolution claims to align with UNM’s overall mission of promoting diversity on campus and its mission statement of “enhancing the overall well-being of society.”

UNM has a particularly diverse student population. According to the College Board, 46 percent identify as Hispanic or Latino, 36 percent as white, 6 percent as Native American or Alaskan Native and 3 percent as Asian and black.

ASUNM noted that the resolution helps identify and celebrate the diversity of the student body.

“This piece of legislation does just that: it reflects the needs of our students so that they feel represented, recognized and celebrated. UNM now has this opportunity to reaffirm this commitment to diversity,” ASUNM Sen. Alex Cervantes told Campus Reform.

Additionally, Hagengruber expressed similar sentiments and noted the implications of this holiday for the student body.

“I think this goes to show that ASUNM really does support all of our students. We are the face of the undergraduate student body, and we voice concerns that need to be heard,” Hagengruber said in an email to Campus Reform.

ASUNM isn’t the first to suggest a holiday celebrating indigenous peoples. The resolution identifies several cases where Columbus Day has been replaced with an alternative holiday, including Hawaii, South Dakota, and Oregon.

Cervantes proposed an amendment suggesting that the name of the new holiday be changed to “Indigenous People’s Day” rather than “Indigenous Peoples’ Resistance and Resilience Day” to be more inclusive of all indigenous peoples, but the amendment did not pass.

“Some believed that the wrongs against indigenous peoples were so egregious that they should continue to be emphasized through a more specific and deliberate name,” Cervantes said in an email to Campus Reform. “I believe that the new holiday is an opportunity for unification and to positively encourage discussion and remembrance in a constructive way.”

So far, the overall response from the UNM student population has been supportive.

“From my knowledge, many students are thrilled about this change,” Hagengruber said in an email to Campus Reform. “I haven’t seen anyone specifically against this idea, and I really hope this shows that our student body is open to making changes that are beneficial to show our diversity and our want to help represent all types of students.”

Diana Stancy is a Breaking News Reporter for the Washington Examiner. She previously worked as a Campus Correspondent, covering liberal bias and abuse for Campus Reform. She is a graduate of Elon University.