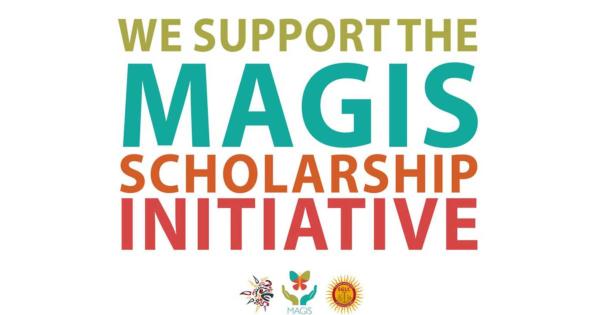 Students at Loyola University Chicago voted to increase their annual students’ fees in order to fund a scholarship for illegal immigrants to attend the private school.

At the end of March, LUC students voted with a 70 percent majority to increase student fees by $2.50 per semester—or $5 per academic year. The additional fees would be placed into the Magis Scholarship Fund, a scholarship for undocumented students managed by LUC’s student government (SGLC) and Latin American Student Organization (LASO).

"The program is, and was, quite innovative, and my only regret is that other Illinois institutions of higher learning didn’t follow suit and participate in the program."

“Immigration is a very popular topic on our campus,” Flavio Bravo, a LUC junior, told Campus Reform in an interview.

LUC students had two days to vote on the referendum as well as student government positions via a link sent to their university email addresses at the end of March. According to Bravo, 27 percent of the student population participated in the election—a turnout that the Loyola Phoenix, LUC’s student newspaper, reported as a drop in voter turnout.

“We don’t even have our bachelor degrees yet, but we know the difference between right and wrong, and we want to make a difference,” Bravo said.

Currently the referendum does not include an opt-out option for students.

“In an effort to guarantee a set amount of funds that can be offered to future scholarship applicants each academic year, there will not be an ‘opt out’ option,” Bravo told Campus Reform. “This fee increase is intended to be treated similarly to each annual tuition increase that the student body has seen over the past few years: mandatory across the undergraduate community.”

While Illinois is one of 20 states that offer in-state tuition to illegal immigrants, LUC is a private Jesuit school with an average cost of attendance of $54,896.

Bravo, a philosophy and political science major at LUC, was LUC’s student body president when the idea for the scholarship was born. The junior told Campus Reform that students involved with LASO would raise money for undocumented students by teaching salsa dancing lessons, but wanted to do more.

Bravo was an essential supporter of the referendum during his tenure as student body president. He said he hosted forums, met with students, attended safe space allied trainings, and schmoozed with administrators in order to both bring awareness to the referendum and garner support.

Bravo bragged of LUC’s past referendums which banned plastic bags and plastic bottles from campus.

“We believe it’s bigger than bottles and bags. It’s human lives,” he said.

While his term as leader of LUC’s students ended a few weeks ago, he told Campus Reform that he decided not to run for reelection in order to focus more on the Magis scholarship. He continues to serve on student government as Chief Justice.

Magis—which means “more” in Latin—was named as a challenge to the university, Bravo said.

“It’s a way for us to say we know the university can be doing ‘the more’ for those students,” he said. “[LUC’s scholarship] is giving these undocumented students the opportunity to do ‘the more’ in their lives.”

According to LUC’s website, donations can be made to the scholarship fund directly.

LUC students will present their referendum to the school’s Board of Trustees in June. According to Bravo, the finance committee will make the final decision on whether or not to implement the student fee increase by December.

“What comes next is the fight,” current SGLC President Michael Fasullo told the Loyola Phoenix. “What we have to do is ensure that this is implemented.”

“The program is, and was, quite innovative, and my only regret is that other Illinois institutions of higher learning didn’t follow suit and participate in the program,” Brandt said in an email to Campus Reform. “I’m fervently hoping they still might.”

“I would be wholeheartedly behind [the LUC students’ plan], and one can only hope for success, but at the current price of tuition (and this goes for any institution of higher learning), to make such scholarships available for a meaningful number of individuals would require a fair boost across the board in student fees,” Brandt said.

According to Bravo, while most of the students’ he spoke with were in support of the fee increase, some LUC students did have concerns about the scholarship. Bravo said that the topic of immigration made some students “feel uncomfortable.”

“While Loyola is in Chicago, many students may come from the suburbs and are unaware of the issue,” he said, adding that many students who directly opposed the referendum simply did not participate in the election.

Because of LUC’s status as a private institution, it is unclear how many current students, if any, are undocumented. In 2013, Loyola’s Stritch School of Medicine became the nation’s first medical school to accept illegal immigrants.

Steven Christiansen, a university spokesperson, declined to comment on behalf of the university to Campus Reform, as “this was a Student Government of Loyola Chicago initiative.”

Recently, out-of-state students at the University of Virginia and the University of Maryland—both public institutions that award in-state tuition to illegal immigrants— ripped up fake social security cards and said they would consider renouncing their American citizenship to receive cheaper tuition.