Gabriella Morrongiello White House Reporter, Politico @gabriellahope_ on May 04, 2015 at 11:09 AM EDT 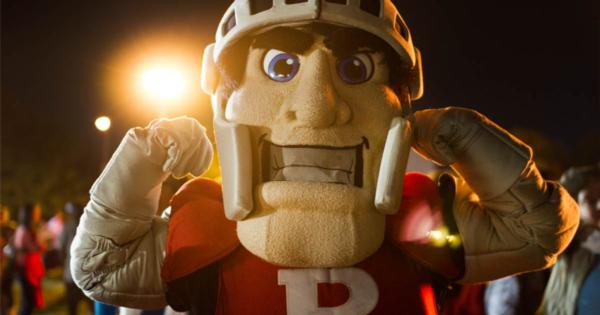 Students at Rutgers University are hoping to diversify their mascot in a move to expand ethnic and gender diversity.

“[O]ur mascot does not represent how diverse we are as a school.”

According to the Daily Targum, the bill came to fruition after first-year student Emmet Brennan noticed the mascot’s fair skin and blue eyes while working as a press box server during the university’s football games.

“This does not seem right,” Brennan, who also serves as an SA parliamentarian, told the Daily Targum, adding that “our mascot does not represent how diverse we are as a school.”

After taking issue with the mascot’s complexion, Brennan began collaborating with student Mohamed Asker who currently serves as the SA’s student affairs chair. Asker is also a member of the Arab Cultural Club and assisted Brennan in drafting the bill.

Although the bill passed the SA, Brennan said there “were some concerns over the mascot possibly being offensive if it wasn’t done properly.” To assuage those concerns, Brennan consulted with the university’s black, Latino, and Asian cultural councils and has encouraged his peers to contribute to the process of creating diverse mascot friends.

“What we were really hoping is that this would be a discussion with the entire student body,” Brennan said. “So we would have a working committee of the different multicultural [groups], possibly the Queer Caucus — basically students who represent a unique voice, and have them all working together at the same table to make sure red flags that arise with any of those groups — that mascot would immediately be tabled.”

According to Brennan, the decision to create additional mascot friends rather than eliminate the current Scarlet Knight stems from his expectation that some alumni and administrators would be reluctant to replace something so traditional.

“There’s always going to be people who complain, but I think we won’t receive that much pushback because we are keeping the current knight,” Brennan said. “We’re just, I think, taking pride in our current diversity as a school as we are now, but also recognizing where we were.”

Since the bill passed, Brennan says his next step is to take it to the administration and decide whether the SA will seek university or alumni funding to create the additional mascot companions or use SA funding which draws from student fees.

Brennan said he would “rather not spend student money on something I can get someone else to pay for.”

Rutgers’ mascot diversification comes just two years after a glee instructor at the public university in New Brunswick, N.J. came under fire for modifying portions of the school’s 140-year-old alma mater, “On the Banks of the Old Raritan” in order to make the lyrics gender neutral.

University spokesman Carl Blesch told Campus Reform that he was “not aware” of the SA bill and said it would likely need to be addressed by the school’s athletics department.