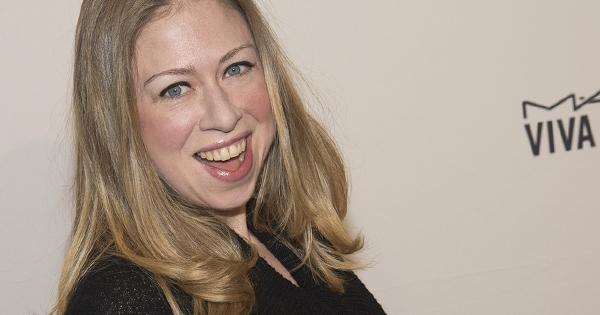 Hillary Clinton once described the free market as the “most radically destructive force in American life in that last generation.” Perhaps her daughter, Chelsea, disagrees.

In February, the only child of the political power couple collected a $65,000 speaking fee from the University of Missouri at Kansas City (UMKC) for being the more affordable Clinton available to give a speech at a ceremony on campus.

According to e-mails obtained by the Washington Post, the school initially hoped to hire former Secretary of State Hillary Clinton to deliver remarks at the opening of its Starr Women’s Hall of Fame, but couldn’t afford to cover her $275,000 speaking fee.

One school official reportedly e-mailed “Yikes!” to a colleague in reaction to Clinton’s request for more than a quarter million dollars.

UMKC administrators still wanted the Clinton name and appeal, so they reached out to Chelsea, who was available at a fraction of the cost.

On Feb. 24, the former first daughter delivered a 10-minute speech at the university followed by a question-and-answer session and photo op with VIP attendees.

“Chelsea was the perfect fit,” a UMKC alumni relations official told the Post. “It created fantastic buzz in the community.”

E-mails between university administrators and Chelsea’s representatives at the Harry Walker Agency—a speaking agency that represents both Bill and Hillary in addition to other political figures and celebrities—failed to mention whether the $65,000 fee requested by Chelsea would be pocketed or donated to charity.

“Nor was there any reference in the five-page contract,” according to the Post.

However, Clinton Foundation spokesman Kamyl Bazbaz said that Chelsea’s speaking fee was directed to the Foundation, similar to the income generated through her mother’s paid speeches on college campuses.

Prior to selecting Chelsea Clinton, the Post reports that UMKC looked at booking CBS’s 60 Minutes personality Lesley Stahl, feminist activist Gloria Steinem, and political pundit Cokie Roberts. According to the Post, their individual speaking fees range from $30,000 to $50,000.