Peter Hasson Associate Editor of The Daily Caller @peterjhasson on Sep 30, 2015 at 9:27 AM EDT 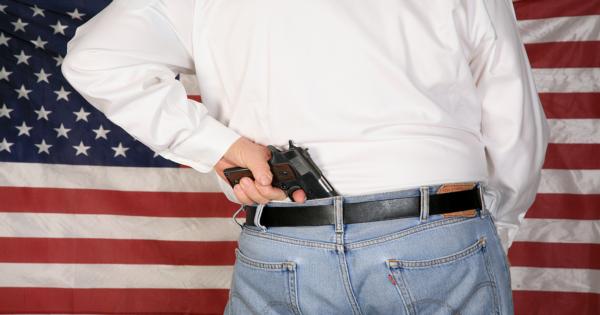 More than 150 University of Texas professors have signed a petition vowing to ban their students from carrying handguns into the classroom, whether or not they have a concealed handgun license (CHL).

The professors’ petition is in response to SB11 passed by the Texas legislature requiring public universities to allow CHL holders to carry their handguns on campus.

University of Texas at Austin professor Joan Neuberger has spearheaded opposition to so-called “campus carry.” According to UT newspaper The Daily Texan, Neuberger has taken credit for co-organizing the petition.

Neuberger is one of the leaders of anti-campus carry group Gun-Free UT, which will be hosting a protest at UT Austin on Thursday.

Neuberger and Gun-Free UT have also started a Change.org petition open to the general public. The petition, which has garnered over two thousand signatures, claims that guns in the classroom are a “direct assault” on free speech rights on campus.

“The University must be a safe place for people of all views and backgrounds to express their views WITHOUT FEAR,” the petition states.

The bill passed by the Texas legislature, however, prohibits CHL holders from carrying a “partially or wholly visible handgun” or displaying the handgun “in plain view of another person.”

One signer of the Change.org petition identified himself as a “faculty member at another university” before ultimately blaming campus carry as “a ridiculous extension of the NRA gun extremism going on in the US” and claiming the second amendment only applied to the National Guard. The name and location of that signee, Chris Goldfinger in Oregon, matches that of a professor Chris Goldfinger at Oregon State University.

Another signee of the petition, signing under the name Sheila Zare, seemed to imply that students carrying concealed handguns should be killed: “If you're a student with a gun sitting next to me, you intend to possibly kill me. Why shouldn't I kill you before you kill me[?]”

SB11 permits the university “president or other chief executive officer” alone to make “reasonable rules [and] regulations...regarding the carrying of concealed handguns by license holders [on campus].”

The university, however, may not “establish provisions that...have the effect of generally prohibiting license holders from carrying concealed handguns [on campus].”

The bill does not authorize professors or any other university employees, aside from the president, to establish rules affecting the carrying of concealed handguns on campus.

Neuberger did not respond to Campus Reform’s request for comment.