Peter Hasson Associate Editor of The Daily Caller @peterjhasson on Oct 09, 2015 at 8:54 AM EDT 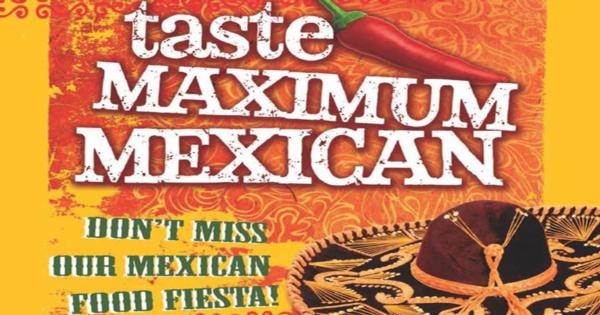 Clemson Dining’s "Maximum Mexican" night, has become a student favorite over the last several years, and this year was no different, at first. 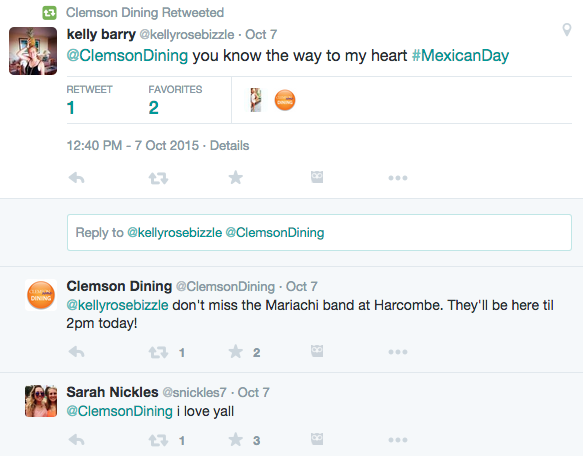 Everything was going great. Students were loving the food and festivities. Except for two students, who took to Twitter to voice their displeasure with the school's decision to host such a "#CUlturallyInsensitive" event. 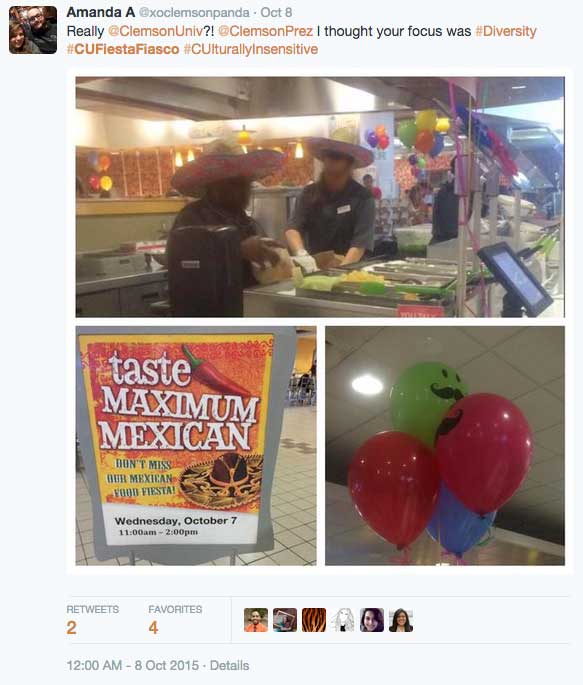 While a few on Twitter were offended, the overwhelming preponderance of students registered absolutely no reaction at all. The one student who did respond to the Twitter complaints wrote, "I'm offended that you're offended. #CUfiestafiasco."

“This is something that Clemson Dining has done for years without any sort of backlash. People love the cultural nights in the dining halls,” Pendergist said. “What's next? Are they going to take away all potato based food as to not offend students from Irish decent? Remove the stir fry station so Asian-American students don't feel as if they are being misrepresented? When does it end?”

“It is the mission of University Housing & Dining to create supportive and challenging environments that enrich and nourish lives. We failed to live out our mission yesterday, and we sincerely apologize,” Hallenbeck said.

Dr. Hallenbeck went on to promise that the university “will continue to work closely with [its] food service provider to create dining programs that align with Clemson University’s core values.”

The university posted similar apologies through the Clemson Dining Services Facebook and Twitter pages. The apologies came after students complained that the Mexican-themed event was offensive.

One student tweeted a picture of cafeteria workers wearing sombreros with the caption “Our culture isn't a costume and we will not be mocked!”

The event, which Pendergist said consisted of “a couple balloons, sombreros, and some tacos,” is one of many culturally themed events put on by the Clemson Dining Services throughout the year. For one such event, the university held an event titled “Low Country BBQ Bash,” where students were invited to “Pick up a plate of mighty fine fixins.”

The university has also previously held St. Patrick’s Day-themed events, where students were invited to a dinner of “cornbeef, fried fish, and Irish grilled cheese.” Both those events, it seems, were uncontroversial.

“For as long as I've been here, and probably for much longer, Clemson dining has put on certain culinary theme nights, where they decorate the dining halls and serve whatever kind of food. They have Italian night, Mexican night, seafood night, midnight breakfast, all kinds of events,” Pendergist told Campus Reform.

Pendergist went on to say he “can't imagine how they’re going to react when they discover that Taco Bell is a thing."

UPDATE: Clemson's Senior Vice President for Student Affairs told Campus Reform, "We appreciate and support the goal of Dining to celebrate cuisines of different cultures but we felt that we needed to acknowledge unintended offense. It would have been possible to have the celebration, including décor, as long as we avoid inaccurate and negative stereotypes. That will be our focus going forward. Clemson University issued an apology to students on Thursday after what appears to be a small group of students were offended by an annual Mexican cuisine event put on by university dining services."