REPORT: divestment about politics, not environment 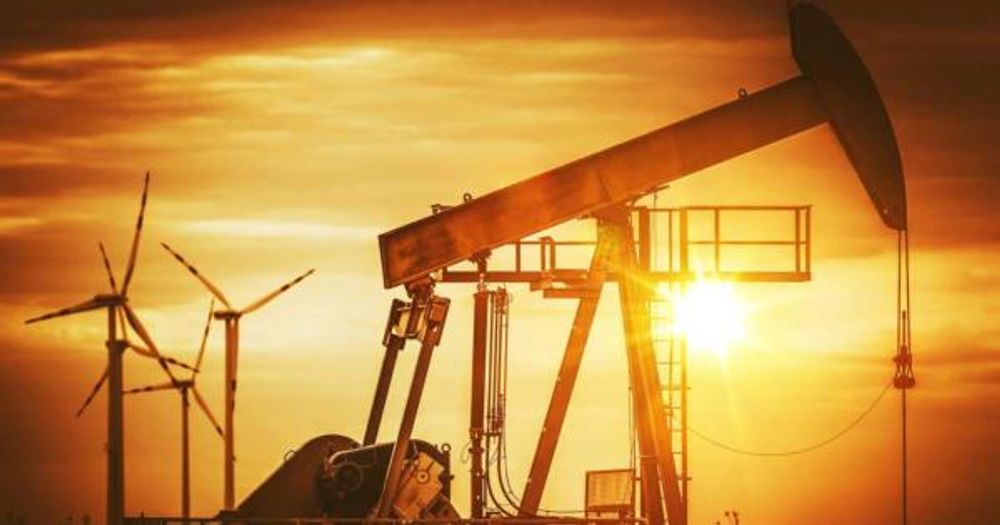 A report released Tuesday by the National Association of Scholars concludes that the true purpose of the fossil fuel divestment campaign is not to help the environment, but to build momentum for a radical political agenda.

The report, titled Inside Divestment, examines the history of the movement from its 2010 beginning at Swarthmore College, compiling extensive statistics on the 29 U.S. colleges and universities that have sold off institutional investments in fossil fuels since then.

In addition, the report includes frequent quotations from leading members of the divestment movement, such as Bill McKibben, the former Middlebury College professor whose 2012 Rolling Stone article brought widespread attention to the campaign.

Claiming that at least 80 percent of remaining fossil fuel reserves will need to remain in the ground to prevent global temperatures from rising more than 2 degrees Celsius, McKibben’s article eschewed the traditional environmentalist focus on encouraging individual lifestyle changes in favor of a divestment campaign inspired by the coordinated sell-off of South African stocks during the Apartheid era.

McKibben followed up on the article with a nationwide speaking tour called “Do the Math,” and has enlisted the support of 350.org, an organization he founded in 2007, to coordinate divestment campaigns at the grassroots level. As of the end of 2014, the organization had launched 1,162 such campaigns in total.

The efforts have met with only partial success overall, securing divestment commitments from 348 institutions of all kinds, but from just 44 of the world’s roughly 18,000 colleges and universities, despite enthusiastic support from student activists. Of those, 29 U.S. colleges and universities have divested, a mere 0.62 percent of the 4,706 post-secondary institutions in the country.

Moreover, many of those institutions either only agreed to partial divestments, generally from coal but not from other fossil fuels, while others had only minimal investments in such industries to begin with.

Activists have been inconsistent in their reactions to those divestments, however, often applauding high-profile institutions for agreeing to partial divestments while demonizing smaller entities for making the same commitments.

Stanford University, for example, agreed in 2014 to divest from coal while leaving its commingled funds, as well as oil and gas investments, untouched—a move that divestment advocates hailed as a “groundbreaking victory.”

The NAS report contrasts this with the case of Georgetown University, which announced an identical divestment in 2015 only to have the decision excoriated as “morally indefensible.”

The crucial distinction between the two schools is the size of their endowments. Whereas Georgetown’s endowment is slightly below $1.5 billion, Stanford’s endowment is valued at $21.4 billion, which the report points out is “two and a half times bigger than the sum total of all other 28 endowments combined ($8.4 billion).”

Regarding the actual financial impact of divestment, NAS was only able to collect complete data for 13 of the 29 institutions, finding that together they sold off $16.9 million of an initial $34.2 million in fossil fuel investments, or about 49 percent. Another five schools provided partial data, allowing NAS to estimate that at least $27 million has been divested out of an original total of at least $72 million worth of fossil fuel investments (37.5 percent).

That figure would almost certainly be even lower if complete data were available for the remaining institutions, four of which the report describes as “divestments in name only,” or “DINOs,” because they did not involve selling any investments. Four other schools are labeled as “runner-up DINOs” in the report, indicating that divestment required only minimal alterations to their investment portfolios.

Even those that have fully divested, though, have not exerted any meaningful economic impact on fossil fuel companies, as McKibben and other activists have themselves acknowledged.

“Divestment won’t do this [harm the fossil fuel industry] by directly affecting share prices, at least in the short run,” McKibben wrote in a 2013 New York Times op-ed. “Instead, as the country’s colleges, cities, and denominations begin to cut their ties, we’ll start to revoke the social license of these firms.”

Previous divestment campaigns such as those targeting tobacco companies and supporters of Apartheid, he explained, succeeded not by bankrupting the companies, but rather by creating popular pressure that eventually had an influence on corporate leaders.

None of which is to say that the financial impact of divestment is negligible for those doing the divesting. In fact, the report claims that “risk of financial loss is among the main reasons trustees reject fossil fuel divestments,” noting that 22 of the 28 American colleges and universities that have provided an explanation for their rejection of divestment have cited financial concerns as a reason.

As a case in point, the report includes an entire chapter devoted to Swarthmore College, where the first fossil fuel divestment campaign was launched in 2010 after Visiting Professor of Peace and Conflict Studies George Lakey took students on a field trip to coal mining country and asked them to devise a strategy for combatting fossil fuel extraction.

Despite a well-organized campaign by members of the “Swarthmore Mountain Justice” student organization—whose tactics included “occupying” a board meeting and holding a 32-day sit-in outside the administration building—the college’s board has twice rejected divestment, estimating that the move would cost $200 million over 10 years, potentially forcing the school to cut back on the generous tuition subsidy it provides to all students.

In response to such concerns, the divestment movement has begun emphasizing the alleged financial benefits of divesting, notably by arguing that fossil fuel stocks are significantly overvalued at present, and therefore that divestment will pay off once governments enact policies such as carbon taxes that cause those stock values to tumble. Acknowledging that government actors are unlikely to take such action on their own, though, the activists present divestment as a step toward stigmatizing fossil fuel companies, thereby “[making] it harder for politicians to accept campaign contributions from and vote for policies that benefit” those firms.

Harvard University President Drew Faust seemed to recognize that, saying shortly after the school rejected divestment in 2013 that “we should … be very wary of steps intended to instrumentalize our endowment in ways that would appear to position the University as a political actor rather than an academic institution.”

Yet, according to the NAS report, divestment activists are doubling down on their efforts this fall, sponsoring an “escalation season” from October 1 to December 12, the latter date marking one day after the UN Climate Summit in Paris is scheduled to conclude.

Indeed, 350.org seems to confirm the NAS’s belief that the 2015 escalation is intended primarily to influence the outcome of the Paris summit.

Thus far, the NAS report notes, escalation tactics have generally been peaceful, mostly involving sit-ins and blockades. However, the report also asserts that “the divestment movement’s claims about the imperative urgency of its program, combined with the intolerance it has already exhibited at places such as Swarthmore, make it legitimate to wonder if divestment advocates will keep to non-violent tactics if the movement encounters sustained resistance.”