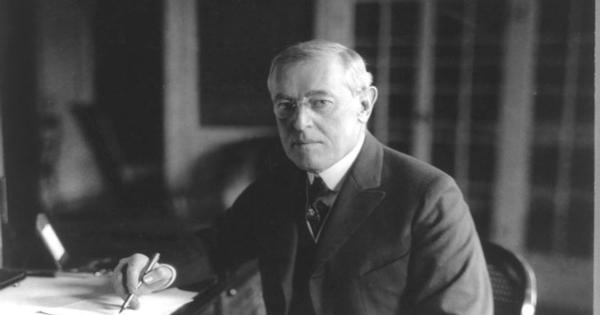 Following a 32-hour standoff with student protesters, the president of Princeton University acceded Thursday night to demands that Woodrow Wilson’s name be removed from campus.

In a statement released Thursday evening, the university announced that President Christopher Eisgruber, along with Dean Jill Dolan and Vice President for Campus Life Rochelle Calhoun, had reached an agreement with members of the Black Justice League to resolve a sit-in that had been taking place outside Eisgruber’s office since Wednesday afternoon.

Seventeen students also signed the document addressing their demands for various diversity initiatives, which was inspired by the Mizzou protests, and in the process received immunity from disciplinary consequences related to their demonstration.

In the agreement, the administrators promise to “initiate conversations” with the Board of Trustees on proposals to change the name of the Woodrow Wilson School of Public and International Affairs, as well as to remove a mural of the former U.S. president from a dining hall on campus.

Wilson served as Princeton’s president prior to his election to national office—hence the tributes to him on campus—but the student protesters believe such references to him are unbecoming, insofar as the progressive-minded President was also a virulent racist and staunch segregationist.

In addition, the Black Justice League also secured concessions on related demands for mandatory cultural competency courses for all school employees and the creation of a cultural center for black students on campus.

While the school did agree to expand the availability of cultural competency training, it stopped short of committing to make the training mandatory as the protesters had requested, instead inviting the BJL to send representatives to an upcoming meeting to discuss the possibility of implementing a cultural diversity requirement.

The administrators also pledged to immediately designate four rooms in a building on campus for use by “Cultural Affinity Groups,” promising over the longer term to pursue the creation of “Affinity Housing for those interested in black culture” with the Residential Colleges.

Neither the original list of demands nor the school’s response, however, provides a clear indication of what exactly is meant by “affinity housing.”

“We appreciate the willingness of the students to work with us to find a way forward for them, for us and for our community,” Eisgruber said in the press release. “We were able to assure them that their concerns would be raised and considered through appropriate processes.”

The administration’s alacrity in conceding to the activists’ demands apparently surprised even many faculty members, who released a statement Friday morning urging school officials to “seize this opportunity … to see and hear” the protesters, even though the call to action had been obviated by the previous night’s agreement.

The faculty members nonetheless took the opportunity to articulate their support for the protesters’ cause, reminding administrators of the students’ chant: “We here, We been here, We ain’t leaving.”