Rice says no to campus carry 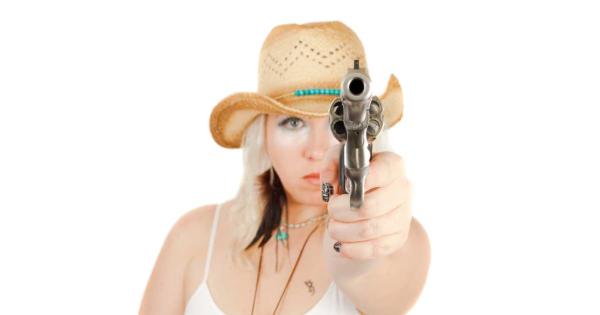 Rice University became the latest Texas school to announce that it will take advantage of an opt-out provision in a law requiring concealed carry on college campuses.

“I write today to share my decision, based on an extensive consultation process that included many of you, to maintain Rice University’s policy of a gun-free campus,” University President David Leebron announced Monday in an email to students and faculty.

"[N]ot a single constituency consulted has endorsed having guns on our campus[.]"

Earlier this year, Republican Gov. Greg Abbott signed Senate Bill 11, which prohibits colleges and universities from restricting concealed handgun license (CHL) holders from exercising their rights to carry on campus—defined in the law as “all land and buildings owned or leased by an institution of higher education.”

As Leebron points out in his missive, however, the law also includes a provision allowing “private or independent institutions of higher education” to disregard the mandate, provided they do so after consulting with students, faculty, and staff.

“My decision was informed by a working group led by Vice President for Administration Kevin Kirby that consulted with the Faculty Senate, Staff Advisory Committee, Student Association, and Graduate Student Association about whether Rice should opt out of allowing concealed weapons on campus,” Leebron said. “Each of those organizations consulted with their members and collected feedback through online surveys and meetings … and the decision or sentiment expressed by each of these groups was overwhelmingly in favor of Rice exercising its ability under the legislation to opt out.”

According to Leebron, the most common complaints involved fears that concealed carry would make campus less safe, or that it would harm the university’s reputation. The strongest opposition, he added, came from what he deemed “the two most relevant groups on our campus in terms of addressing the risks and benefits of this decision”—the Rice University Police Department and the Student Health Services and Counseling Center.

“In sum, not a single constituency consulted has endorsed having guns on our campus; in fact, each overwhelming opposed it,” Leebron noted.

“There is no evidence that allowing the carrying of guns on our campus will make the campus safer, and the most knowledgeable professional groups believe that guns will make campuses less safe,” the email concludes. “I agree with that conclusion, and we will therefore retain our current policy prohibiting weapons on our campus.”

The Houston Chronicle reports that, with the addition of Rice, five private universities in Texas have now exercised the option to opt-out of the campus carry law: Baylor University, Trinity University, Texas Christian University, and Southern Methodist University have all made such commitments.

Meanwhile, The Miami Student points out that the Ohio General Assembly is currently considering a more laissez-faire version of the Texas campus carry law that would allow both public and private institutions to set their own concealed handgun policies.

House Bill 48, which passed the House of Representatives in November and is currently before the Senate, aims in part to clarify laws governing concealed carry on college campuses by explicitly authorizing schools to institute policies allowing campus carry. Previously, concealed carry was generally prohibited on public campuses, with narrow exceptions.

“What the bill did was cleaned [sic] up a lot of that law and basically made it easier for legal firearm owners to stay in compliance with the code,” Republican State Rep. Wes Retherford told The Student.

The decision to leave campus carry to the discretion of each institution, Retherford explained, was informed by both the national discussion on college shootings and examination of the experiences of other states, which ultimately led legislators to decide that it would be best to let schools adopt policies that are best adapted to their individual communities, a flexibility the bill grants to other government facilities, as well.

HB 48 also removes a major potential obstacle to allowing campus carry, providing institutions of higher learning with immunity from civil liability should death, injury, or loss occur as a result of the presence of legal firearms on campus.