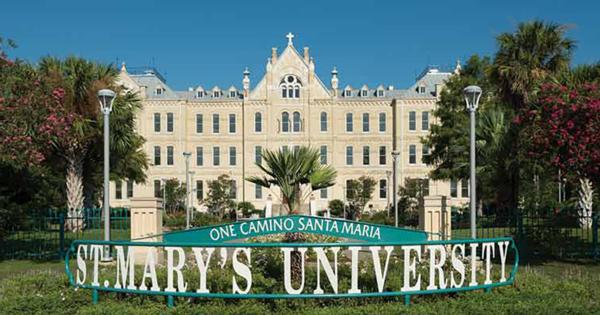 St. Mary’s University in San Antonio has joined five other Texas schools in opting-out of a concealed carry law for college campuses.

"St. Mary's, as a private institution, is authorized to prohibit license holders from carrying handguns on campus by utilizing the statutory right to opt out," Thomas Mengler, president of St. Mary’s University, wrote in a letter to students, faculty, and staff in early November.

Senate Bill 11, signed earlier this year by Texas Gov. Greg Abbot, prohibits colleges and universities from restricting concealed handgun license (CHL) holders from carrying firearms on campus. The bill states that “all land and buildings owned or leased by an institution of higher education” must allow (CHL) holders to exercise their rights.

However, the bill includes a provision allowing “private or independent institutions of higher education” to disregard the bill so long as students, faculty, and staff are consulted before reaching a decision.

In his letter to the St. Mary’s community, Mengler said he made the decision “following an overwhelming consensus” in consultations with campus groups.

St. Mary’s will stick with its current weapons policy, which bans concealed carry on campus.

"Our current policy, of prohibiting the carrying of a handgun while on campus, and our excellent police force has helped to maintain a safe and secure campus," Mengler wrote.

The Ohio General Assembly is considering a similar law that, unlike the Texas campus carry law, would allow both public and private institutions to set their own weapons policies, the Miami Student reports. The bill is currently before the Senate.