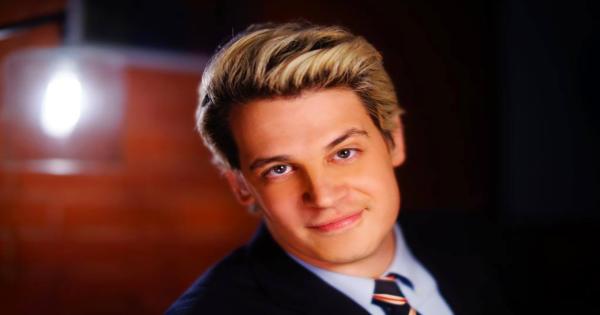 Controversial cultural commentator and senior editor at Breitbart.com Milo Yiannopoulos, the self-labeled “Most Famous Super-Villain on the Internet,” is set to speak at Rutgers Tuesday night in an event titled, “How the Progressive Left is Destroying American Education.”

The event, hosted by the Young Americans for Liberty (YAL) group, is being met with opposition from students who label him as racist, sexist, and homophobic despite Yiannopolous being homosexual himself and his tour being called “The Most Dangerous Faggot Tour.”

“He is the proverbial Kool-Aid man... offering refreshing swigs of cold, hard facts.”

Janna Aladdin, in an opinion piece for The Daily Targum, argues that, “Despite the frustration and anger over Yiannopolous, I think we must all remember that his comments, and the ideology that it stands for, is simply not worth engaging with.”

But students are engaging. In fact, on the Facebook page for the event there are numerous back and forth arguments between opponents and supporters of the event.

One post from event coordinator Aviv Khavich tells students that they may now reserve only one free ticket per person instead of the ten they were originally allowed due to “overwhelming trolling of the eventbrite.”

“NOTE: I have become aware that there are plans to protest this event and block the streets. There will be police at the event. We won't stop you from protesting, but anyone attempting to disrupt or obstruct the event in an illegal manner will be dealt with by the authorities,” Khavich warns.

One attendee took it even further on Facebook when she said, “My husband's 6'5" and 245 pounds with lots of barfighting and military experiencewill (sic) be there to defend Milo against all comers if need be, so you might wand (sic) to think three and four times…”

Rutgers told Campus Reform that they are, “aware of this event,” and that “the university is committed to preserving open inquiry and discussion and the peaceful expression of differing perspectives.”

Rutgers didn’t elaborate on what kind of precautions they will be taking for tonight’s event. However, a recent post on the event page by Matthew Boyer, a student and president of the YAL group, said that “RUPD [Rutgers University Police Department] will be will be present and will handle any disruptions accordingly.”

In the past, there have been bomb threats at Yiannopolous speaking engagements.

“Why are we giving him (or the event) more attention? This will not sponsor any meaningful dialogue and trying to protest such commentary will be the equivalent of speaking to people with earplugs in,” Aladdin said to the Targum.

In an opposition opinion piece published by the Targum, Boyer said that this tour is a great chance for liberals to learn.

“If college is not a place to listen to opposing opinions and learn about new topics, then what’s its purpose?” Boyer asks.

He goes on to agree with President Obama’s comments at a town hall in Iowa last fall, where he said, “I don’t agree that you, when you become students at colleges, have to be coddled and protected from different points of views.”

The event page says that Yiannopoulos will deliver a lecture on how the rise of safe spaces, trigger warnings, the assault on “straight white males,” and the “misandrist activism of third-wave feminism” has a stranglehold on college campuses. He will present “how to fix the problem—if there is still time.”

Aladdin says that the reason for their opposition is Yiannopoulos’ incendiary comments and tweets, “One such example is Yiannopolous’ tweet stating, ‘Feminists want to do away with gender pronouns in that they’re all so disgustingly fat no one can tell what sex they are anyway.’”

Seeming to go along with a Twitter post in December where Yiannopolous conducted a poll asking, “I’d rather my child have feminism or cancer?” Aladdin says that YAL has put up posters around campus advertising the event saying, “Feminism is cancer” and “Prepare to get triggered.”

In another opinion piece for The Tab, studentAleisha Flores says it doesn’t make sense that Yiannopolous is talking at Rutgers because he’s British. “I just honestly want to know how and why he thinks he can talk to us about American education, Black Lives Matter, feminism, and other issues that affect people today, especially when none of it affects him,” she writes.

Khavich toldThe Tab that this event is “a huge step in promoting dialogue about real issues on university campuses that has long been stifled by campus thought police.”

“There needs to be a voice of reason. Milo is that voice, and he isn’t bothering to pussyfoot around with his message,” Khavich said. “He is the proverbial Kool-Aid man, bursting through the wall of social justice and offering refreshing swigs of cold, hard facts.”

Brian Ledtke is an intern for Campus Reform. Prior to joining Campus Reform, Brian spent 15 months traveling around the world. He has previously worked as a staff writer for The Saginaw News, The Grand Rapids Rapidian, and The Grand Valley Lanthorn.